FX gave big promises with it’s pilot episode of it’s new series, The Americans, and I am really hoping it doesn’t fail to deliver on them in the weeks to come. Starring Keri Russell and
Matthew Rhys as Elizabeth and Phillip Jennings as the friendly neighborhood death-dealing Soviet spies you thought you lived next door to while growing up in the 80s when the Cold War was alive and thriving.

Except, unlike your neighbors who did not deserve to be the subject of your paranoid delusions, Elizabeth and Phillip Jennings are, in fact, the real McCoy. 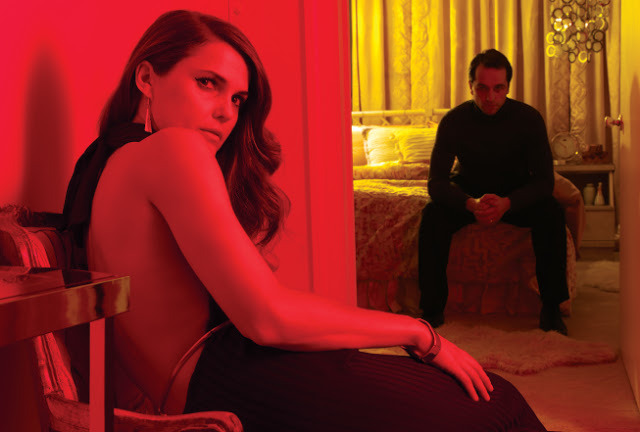 We’re introduced to the Jennings as they fail in their mission to capture and return a Soviet defector to The Motherland. While capturing the defector, a third Soviet agent working with Phillip and Elizabeth is mortally wounded and Phillip is sure that the wounded man would not live long enough for them to make their drop first. Phillip chooses to make a detour to a hospital for their wounded partner despite the very vocal opposition from Elizabeth, and in doing so, misses a ferry that was supposed to transport the defector.

“What’s with everyone leaving on time around here?” He jokes as he watches the ferry depart into the night. Elizabeth is not amused. The two now smuggle the defector back in the trunk of their car to their home in suburbia and try to figure out what to do with him before he is discovered. Their problem is exacerbated when a new neighbor moving in turns out to be an FBI agent, as Stan Beeman (Noah Emmerich). Suddenly their existence is more precarious as they fear their cover is blown.

In this pilot episode, we come to realize that Phillip and Elizabeth are very different Soviets despite being married for just about 20 years living in the land of the free. 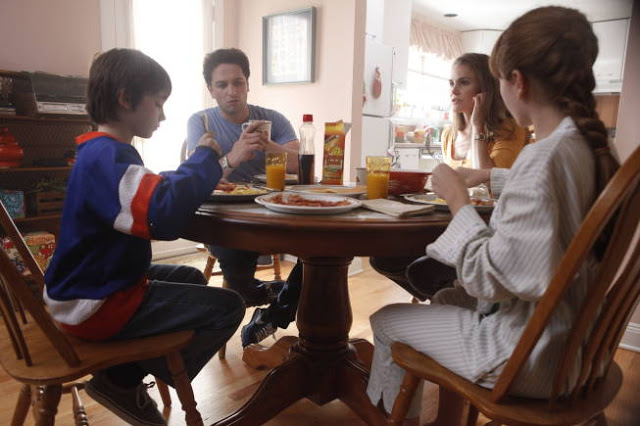 They have two children, 13 year old Paige (Holly Taylor) and 10 year old Henry (Keidrich Sellati), who are none the wiser of their parents’ alter-egos. Phillip is funny and warm, especially around his children. He also is beginning to love the country he was hired to hate. Although, one could argue watching Phillip arrive in the US for the first time, if he ever hated the US. He was excited to see the country and enjoy its benefits, from relishing the cold air blowing from the cheap air conditioner in the cheap hotel room he is in, to breaking out into an impromptu line dance wearing the honky-tonk boots he spied in the new mall – a mortifying moment for Paige.

Phillip loves the life that comes with the American Dream and he is realizing that he’s going to have to make a choice soon, between America and The U.S.S.R. Phillip also has come to love his wife, but to her, he is just a part of her mission. Elizabeth is cold and distant as Phillip is funny and carefree. Keri Russell’s Elizabeth Jennings is frosty and bleak, and watching the flashback of her training, it’s easy to see why she is so stand-offish and distant. Elizabeth and Phillip’s icy relationship take an interesting turn when Phillip kills the defector. It turns out the Soviet defector was a captain from Elizabeth’s past who under the pretext of training her, beat and raped her. Phillip ruthlessly crushing the captain’s throat suddenly shone a new light on him in Elizabeth’s eyes.

I’m looking forward to learning more about Stanley Beeman. He’s the resident suspicious federal agent who moves in next door to the Jennings family and is also on the new counter-intelligence unit charged with eliminating the presence of spies on U.S. soil. Technically, Stanley is supposed to be the good guy and the Jennings the bad guys, but I don’t think we’re supposed to root for anyone else but Phillip and Elizabeth. 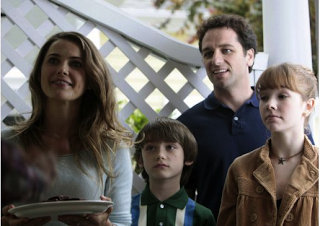 I loved the meeting of the families – Stanley Beeman, eating one of Elizabeth’s homemade brownies, throws his occupation at the Phillips’ like a gauntlet and for them, the game is afoot. I assumed when watching that Stanley was on to them, however it didn’t appear so – he was just enjoying the impact of his impressive sounding job on the neighbors. There is something despicable about Beeman’s character snooping around the home of the Soviet spies. It was so damn cool to see Phillip standing in the shadows, ready to protect his identity at any cost.

So bravo to FX for premiering what appears to be another great show in its lineup. As the show came to an end last night, Phillip and Elizabeth were beginning to close the distance that stayed between them for so many years, by getting to know one another. A dangerous play to make in the already deadly game they both played. I’m really looking forward to seeing how the game plays out.