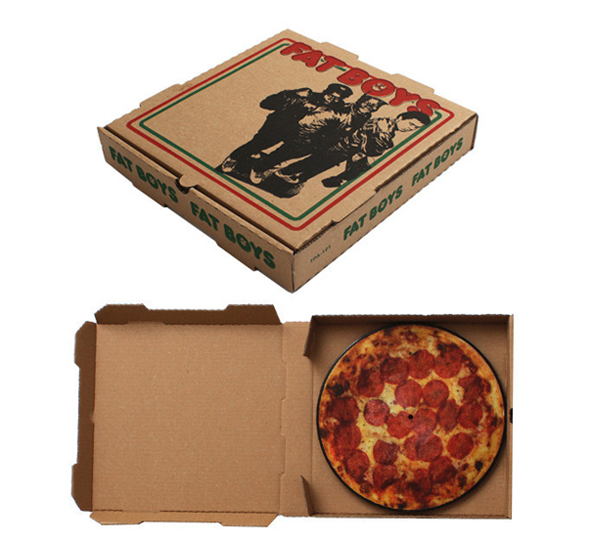 Back in 1984 a trio of rotund young men released their influential self-titled debut hip hop album that included such classic songs as: Can You Feel It, Human Beatbox and, my personal favorite, Don’t You Dog Me.

While I had the album on vinyl AND cassette tape, Fat Boys was never released on CD, which means that an entire generation of children have never been able to groove to the sweet debut sounds of Prince Markie Dee, Damon Wimbley and Darren Robinson…until now.

Yes fellow Fat Boys fanatics, that wonderful album has been re-released on vinyl (I know, still not CD, but buy a freaking record player!) that will be shipped to your home inside a pizza box (the disc itself looks like a pizza) and priced at $14.95, which, is similar to what a large pizza costs without a coupon.

So order it now, and while it won’t get to your house in 30 minutes or less, you know it’s going to be hot and tasty.