Kevin Bacon comes to series television in creator Kevin Williamson’s The Following, playing Ryan Hardy, “a flawed hero in search of redemption.” That’s not my description, but the description of the villain of the series, Joe Carroll, played by James Purefoy. Joe Carroll is a serial killer inspired by the works of Edgar Allan Poe, who Ryan Hardy brought to justice years ago.  One month before his execution, Carroll stages a daring, bloody escape so he can complete his work, killing the one victim who got away. In a series of flashbacks we learn that Carroll was shot by Hardy before he could deliver the killing blow to Sarah Fuller (Maggie Grace), a young medical student. 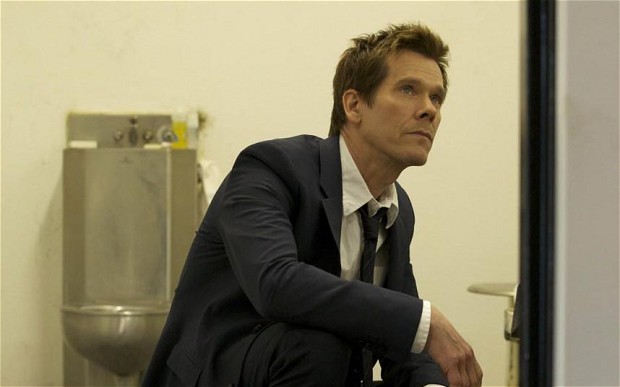 Carroll went to prison and Hardy wrote a book, The Poetry of a Killer about the case. Injured in the apprehension of Carroll, Hardy has a pacemaker keeping his heart going, and has turned to alcohol instead of dealing with the horrors of his past. The one thing in his life that he found solace in, that he saved Sarah Fuller’s life, is taken away from him by the end of the episode. 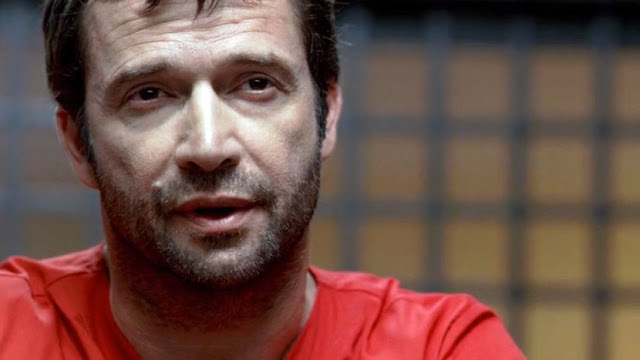 Carroll, from prison, has assembled an army of followers, serial killers and sycophants who are willing to kill and die for him. To demonstrate his power, Carroll orders a woman to enter an FBI field office with lines from Edgar Allan Poe’s poetry written on her body. Uttering Poe’s supposed last words, she stabs herself in the eye, dying instantly. 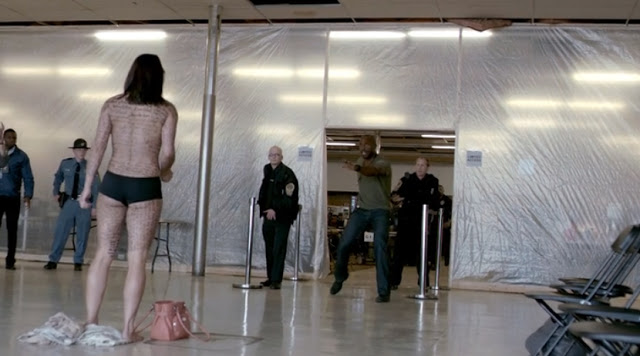 Carroll’s ability to influence people is indeed extraordinary. He places two acolytes next door to Sarah Fuller, who pretend to be a gay couple and her best friends for three years before they kidnap and deliver her to Carroll for her grisly execution. 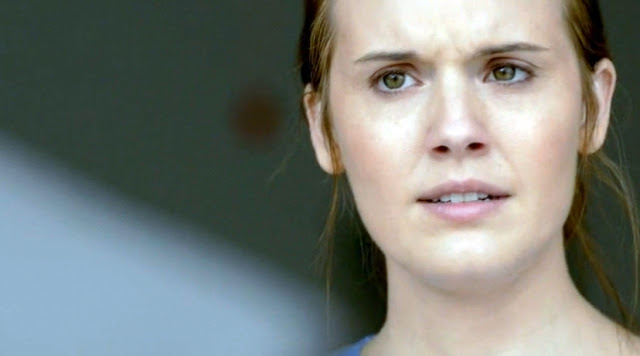 Carroll also places a follower in the home of his ex-wife. Working as a babysitter/au pair, kindly-seeming Denise kidnaps the boy by episode’s end, joining the “gay” couple and heading off to who knows where.

It tuns out that Ryan Hardy had an affair with Carroll’s wife, Claire Matthews (Natalie Zea), though all the details of that relationship have yet to be revealed. Their relationship is to become very important as the series unfolds, but I’m wondering if Claire might not also be a follower of her husband, biding her time and playing some deep game on behalf of her husband. Just a guess.

The plot is sprinkled with Poe references. One of the gay neighbors calls himself Will Wilson, a reference to the Poe short story William Wilson, and Poe’s last, unfinished short story, The Lighthouse is featured prominently. The Poe bit is timely, given that the Baltimore Ravens, named for Poe’s famous poem, will be playing in the Super Bowl in a couple of weeks. 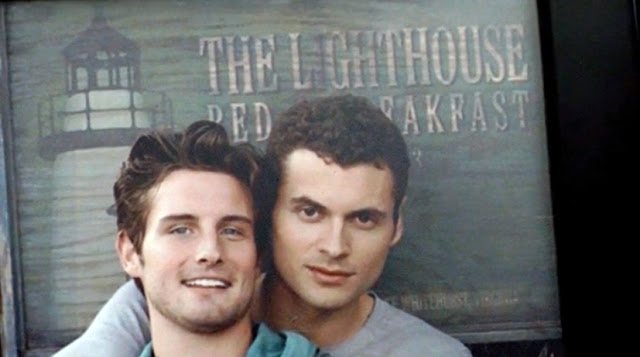 The supporting cast is introduced fairly quickly, consisting mostly of a team of FBI agents and US Marshals who are alternately repelled and amazed by Ryan Hardy’s quirky brilliance and Joe Carroll’s ingenious butchery. Hopefully many of these secondary characters will be developed somewhat before reaching grisly ends.

The extent of Carroll’s network of followers is only hinted at in the first episode, and it looks like we’ll be following Ryan Hardy as he tracks down those Carroll has trained, while trying to save little kidnapped Joey Carroll from whatever diabolical plans his father has for him.