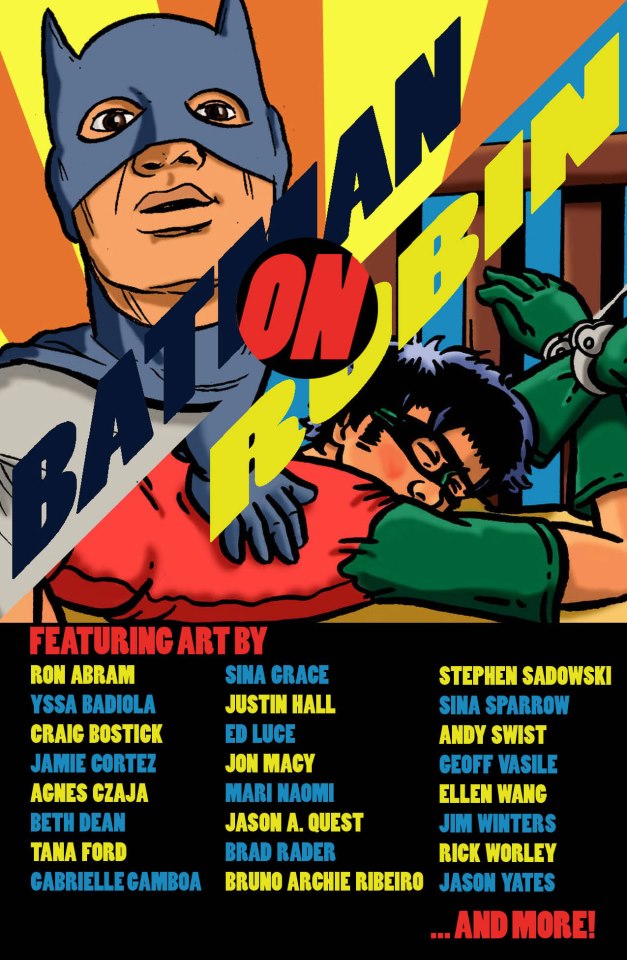 Tonight at Mission: Comics and Art in San Francisco, the opening reception for Batman On Robin will take place at 7:00 pm with readings by the artists. This exhibit, curated by cartoonist and No Straight Lines: Four Decades of Queer Comics editor Justin Hall features the contributions of a wide variety of artists in a number of styles to the time-honored tradition of finding homoerotic subtext in the relationships between Batman and the various Robins he’s fond of collecting.

I’ve known Justin for almost thirty years and he shared some information about the show with me after finishing setting it up.

Did the show meet your expectations?

I’m very pleased with how it all came out. It’s a weird show, but kind of brilliant, if I do say so myself.

What was the genesis for this project?

Here’s how it came about:  Rick Worley (who does the comic A Waste of Time) and I realized that we had both done comics about Batman and Robin cosplay sex, so we thought, hey there’s probably enough material out there of Batman and Robin “slash” art to make a gallery show! Mission Comics and Art here in San Francisco took it on, and “Batman ON Robin” was born. We asked a few of our friends, and the response was overwhelming… Apparently, a lot of folks have something to say about the dynamic duo’s relationship.

What kind of submissions did you receive?

I’m really proud that we got such a wide diversity of art for the show, in terms of media (traditional comics pages, tattoo art, etchings, digital prints, paintings, kite art, etc.), in terms of artistic backgrounds (mainstream comics artists, indie comics artists, fine artists, animators, etc.), and diversity of the creators (men and women, gay, straight, and bisexual).What did you contribute?I did a series of Batman Kama Sutra ink paintings for the show. The best part was naming them! Bat Sutra Position 1: Entering the Bat Cave or Bat Sutra Position 2: Lining the Robin’s Nest. I traveled in India last year, so it was fun to combine a sacred Indian art style with superheroes! 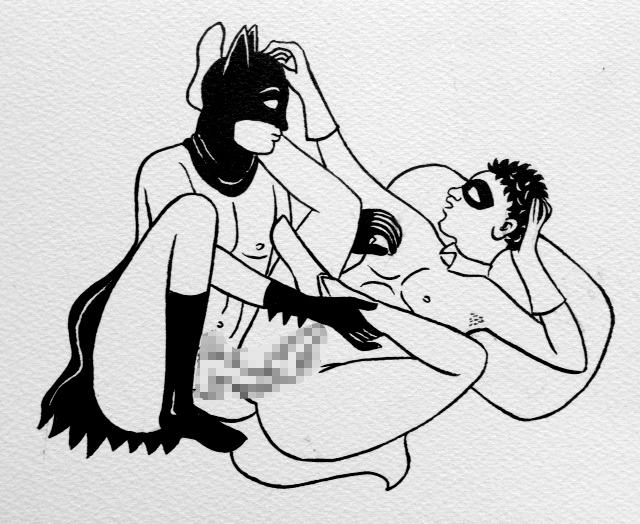 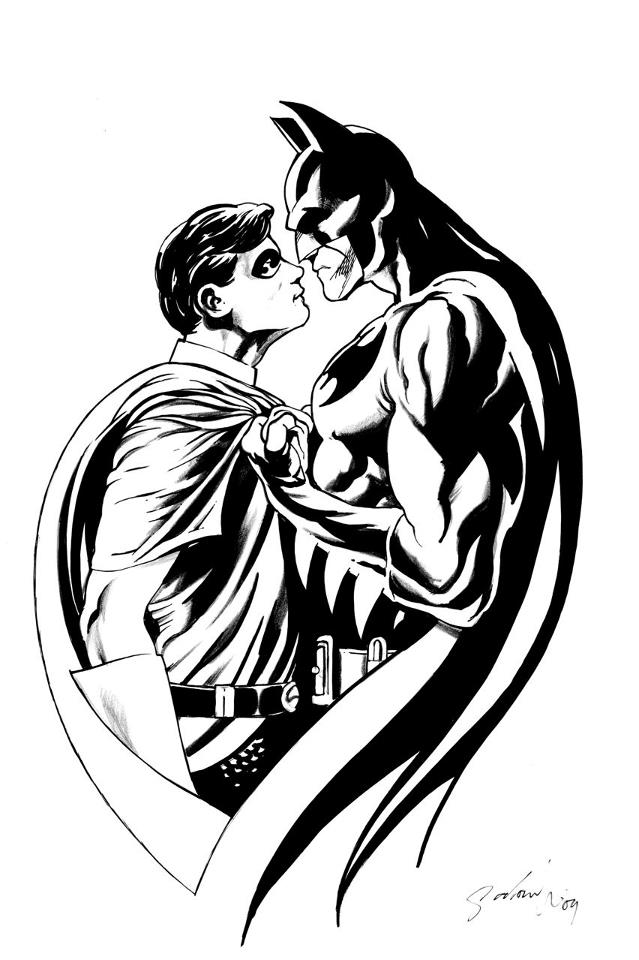 The opening reception for the show will feature readings by several of the show’s participants, and drinks, snacks and art.

The show will be up at Mission: Comics and Art from February 6th through March 3rd.  For more information visit the Mission Website or the event’s Facebook page!