The shockwaves of Lady Sybil’s death are still being felt at Downton Abbey, both upstairs and down, and in last night’s episode they colored almost all of the decisions made by our beloved characters.

But for this post we’ll focus on the upstairs inhabitants; next week is all about those below stairs. 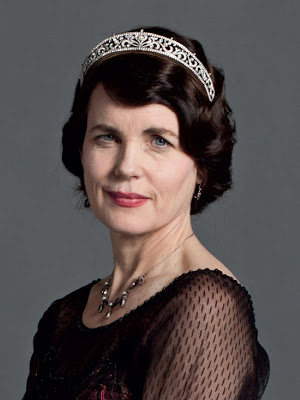 Sybil (Jessica Brown Findlay) and her genuine and deep goodness have left a permanent mark on Downton, and it is most keenly felt in the heartache of her mother, Cora (the sublime Elizabeth McGovern).

Cora is still a river of ache and hurt and anger, all of it directed – and not unjustly – at her husband, Robert (Hugh Bonneville).  Lord Grantham has been a stubborn, ignorant, prudish, staggeringly old-fashioned (even for 1920), and somewhat irritating presence of late, and the rift between him and his wife is heartbreaking to watch.

It was Lady Grantham whose compassion, foresight, caution, and levelheadedness have prevailed and been the heart of Downton Abbey this season.

Indeed, the women of Downton almost always emerge stronger than their male counterparts, at least upstairs.

Violet Grantham, the Dowager Countess (Maggie Smith) is wise and surprisingly flexible despite her age; Mary (Michelle Dockery) is compassionate, pragmatic and direct, a real survivor; Edith (Laura Carmichael), despite her astonishing bad luck, is also a strong modernist and brave survivor; cousin Isobel (Penelope Wilton) a pragmatist, realist, and levelheaded negotiator. It’s no wonder the men of Downton come out lacking when compared to these strong examples of the best in humanity. 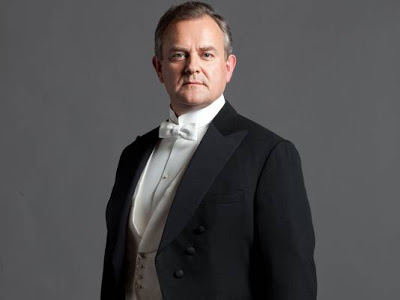 The strength of women was the central theme of this episode, the hypocrisy of men the aggravating undercurrent (especially disappointing in Carson). But it’s Robert that is downright infuriating. It’s hard to root for him when his words and actions rankle, and his sensitivity levels are so low as to beggar belief.

He is truly a likable and honest, a man of great kindness, decency, and integrity, but these qualities seem to have taken a backseat to a prudishness and concern for status and tradition of late.

What’s worse, the rift between him and Cora is made far pettier by his seeming inability to learn from Sybil’s tragic death. Robert and Cora are the backbone of Downton, and to see the anger and hurt and intransigence that have taken its place is very difficult to sit through.

It all comes to a head at the luncheon for the ladies of Downton, the episode’s touching centerpiece. 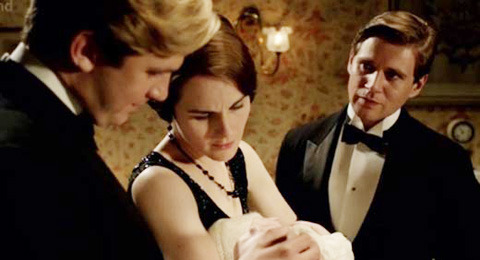 The heartbreak of Cora, the love of Mary and Edith for their sister and her grieving husband, the earnest efforts of Ethel (Amy Nuttall) to prove herself, and the kindness of Isobel in wanting to strengthen the bond between her sex; these are all the iron veins of strength that course through the episode, and it is hard not to be moved by their solidarity. Especially when Robert and his close-mindedness have more than proven tiresome and aggravating. 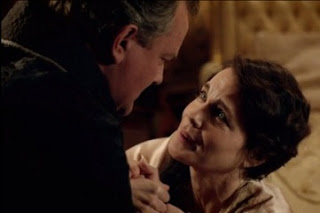 When Mary dresses him down later in the episode, it is exactly what he deserves, and we finally see that the raw center of Robert’s frustration is grief at the loss of his daughter, something we have not seen or felt much before this confrontation.

It helps to soften our feelings for him, and to at least let us glimpse the old Robert hidden underneath his bristly exterior.

And later, when the truth of Sybil’s chances of survival are finally revealed to Robert and Cora, there is hope at last that the two can put aside everything and connect again. Stronger and wiser, and with the same integrity that made them so beloved in the first place.

At the end of the day what matters most is their love: for their beloved lost daughter, for their innocent new granddaughter – and for each other.