Colton (Ron Edlard) is in trouble.

Johnny (David
Meunier) knows that the guy he and Colton beat the crap out of last
episode isn’t the guy who slapped his girl Terri (Cathy Baron) around,
and he gets her to all but admit it during some post-coital bliss.

She’s
afraid of Colton and for good reason. By episode end Johnny is feeling
Colton out about Ellen May (Abby Miller), and beginning to build his
case against him. 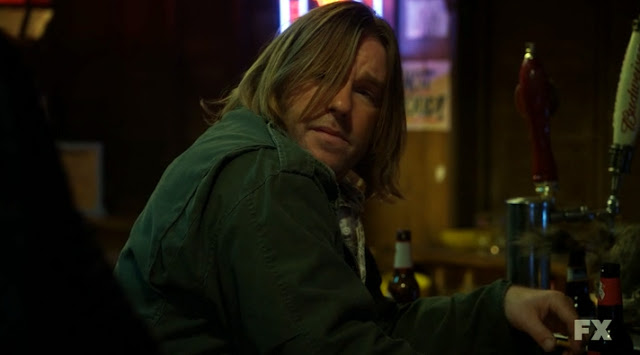 My feeling is that Colton and Johnny are heading to a
very bad conclusion for one or both of them.

Meanwhile, Boyd Crowder (Walton Goggins) and Ava (Joelle Carter)
have gotten themselves invited to a high end swingers meet that caters
to all the Harlan County muckety-mucks.

Or, as Ava puts it, “Lord, we’re
going to a rich folk’s sex party.” Boyd’s looking to suss out who Drew
Thompson is, his only lead being that he rubs elbows with these sorts of
people. While at the sex party, Ava is almost forced into a situation
she doesn’t want by an overzealous suitor rapist. It doesn’t go too far,
but it’s scary.

Boyd was allowed at the party because a small group of rich
businessmen want him to kill a man standing in their way of scamming the
government out of millions of dollars. They don’t ask politely. Boyd is
told that the Crowders have always done the bidding of the Harlan
County elite, and that he’ll do as he’s told. 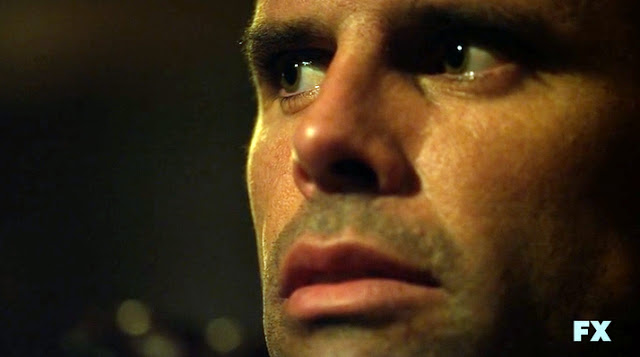 Boyd doesn’t have to say
anything to let us know that there’s no way he’s going to be anyone’s
attack dog.

The main thrust of the episode, however, has nothing to do with the
season long mystery plot line. Instead, we flashback to the beginning of
the season when Raylan tracked down a a bail jumper named Jody (Chris
Chalk). 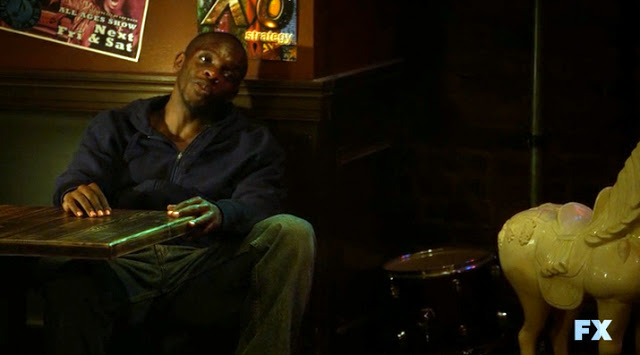 The pursuit of Jody brings Raylan into contact with Jackie Nevada, a
part-time student and full-time poker player. 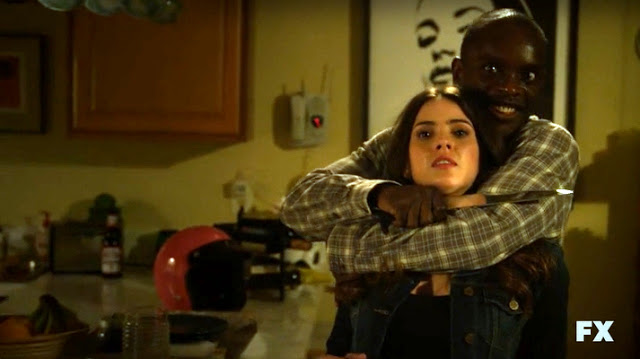 Raylan tries to avoid
falling for her, but the two pair up almost immediately. (Side note:
Jackie’s stepdad is named Reno Nevada, so I wonder if he’s a Hong Kong Cavalier?)

There are the usual twist and turns of the pursuit, because this is,
after all, a filler episode that advances the main plot only slightly,
but in the end Raylan pulls his gun and finishes off Jody, which may
well be a justified killing, all in all.