The episode opens with a home invasion. Boyd (Walton Goggins) and Colton (Ron Eldard) are in the home of a rich man they suspect might be Drew Thompson.

With threats of violence, they force the man to prove he is who he says he is. When the poor man complies, they leave him in peace.

It’s a terrible plan, and Ava (Joelle Carter) calls Boyd out on this. 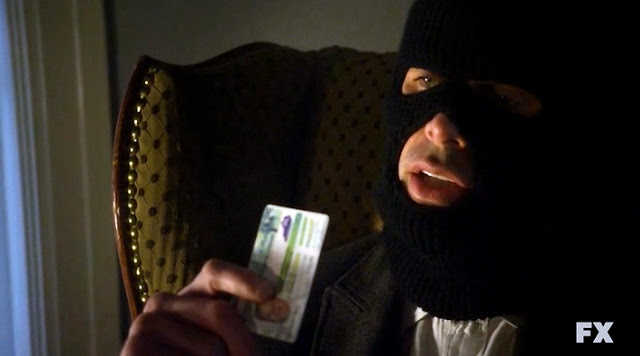 Ava has a better plan. 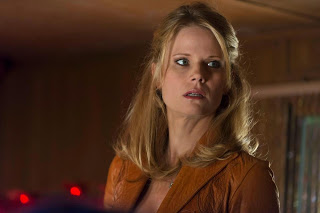 She wants to get an invitation to a big swinger’s party held among the rich and decadent. This will get Boyd into the same room as all the big movers and shakers in Harlan County, and let him suss out which of the men is, in fact, Drew Thompson.

To this end Ava blackmails one of the men who avails himself of her stable of of prostitutes, this one has a particular fetish for being a furry. (In fact he’s the one who Ellen May (Abby Miller) shot while on drugs earlier in the season.)

Colton, meanwhile, is unraveling. Boyd assigned him the simple task of killing Ellen May, and instead Ellen May was secretly taken by the Sheriff. Now Colton has to try to track down Ellen May, who most people think is either dead or living in Florida. The pressure is sending Colton over the deep end. He’s on heroin and he’s smacking around Ellen May’s former friends.

Smacking Teri (Cathy Baron) was a bad mistake, because Johnny (David Meunier) likes her. Johnny, seeing her blackened eye, demands to know who did this to her. Fearing that Colton will kill her if she tells the truth, she fingers her Tuesday night regular, and he gets a brutal beat down from Johnny and Colton. That’s right, Colton nearly beats a guy to death knowing that the man is innocent.

Marshall Tim Gutterson (Jacob Pitts), who bonded slightly with Colton last episode, runs into the man at the VA while trying to help out a friend. Marshall Tim gets his own little solo adventure this week, and its nice to see him in action by himself. 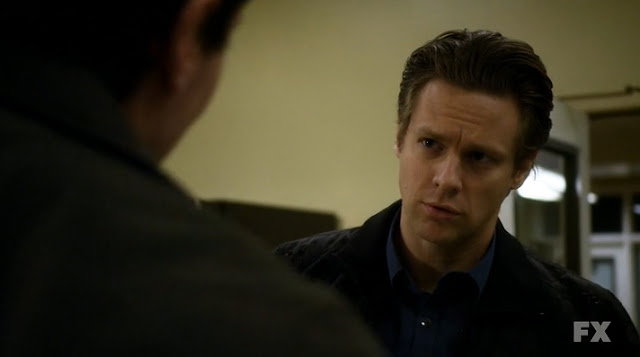 Meanwhile, Raylan (Timothy Olyphant) is also hunting for Drew Thompson, and if you remember, he found a severed foot in the yard of Josiah (Gerald McRaney), who might know who Drew Thompson is. Tracking a bloodied footprint to Roz (Alexandra Kyle), underage hussy and Josiah’s stepdaughter, he bonds with Sheriff Parlow (the always great Jim Beaver) and together they track Josiah to Boyd’s lawyer’s house. 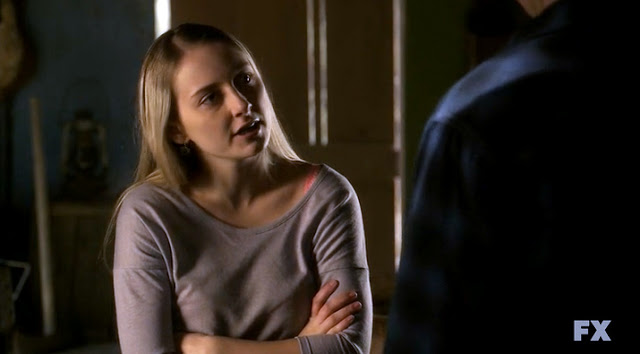 She got two idiot ex-cons to kidnap Josiah, and they’ve been struggling to keep the dying and bleeding man alive in her garage. Fortunately, Raylan and the Sheriff arrive in time to save Josiah, opening the way for all sorts of revelations and complexities next episode. 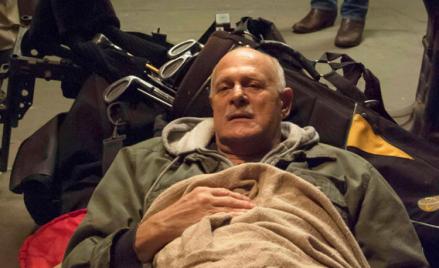 The closing scenes are bittersweet. Ava believes that Ellen may is dead, and she’s having real difficult dealing with the guilt of what she did, that is, ordering her death. She confesses this to Boyd, who takes her to a hilltop and proposes to her gangster style with a lock box full of cash and a diamond ring.