Totally Naked Man, one of the beguiling superheroes of Rose City, is a man born from a long line of superhero satire titles like Flaming Carrot and The Tick. 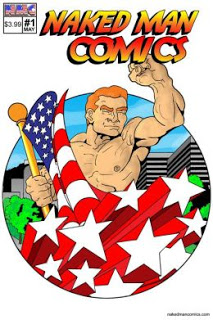 Dressed in the most minimalist of all costumes (and by that I mean not a stitch) billionaire playboy Alzheimer Fresco dons…well nothing…at night to battle a befuddling mix of second rate supervillains. He has help from allies like Extremely Conservative Woman and the Horseless Horse, who leads a questionable existence.

There are lots of parody targets along the way—Batman, Galactus, Clint Eastwood,  and a whole cast of 1980s cartoons–  He-Man, Teenage Mutant Ninja Turtles, Smurfs and Care Bears.

But there is something that makes this different than your average run of the mill superhero goof—writer/artist Illya King is using the old adage “write what you know.” No, King is not a nudist, but a former member of the “Real Life Super Hero” movement.

I learned quite a bit about these folks while researching my upcoming book Heroes in the Night. 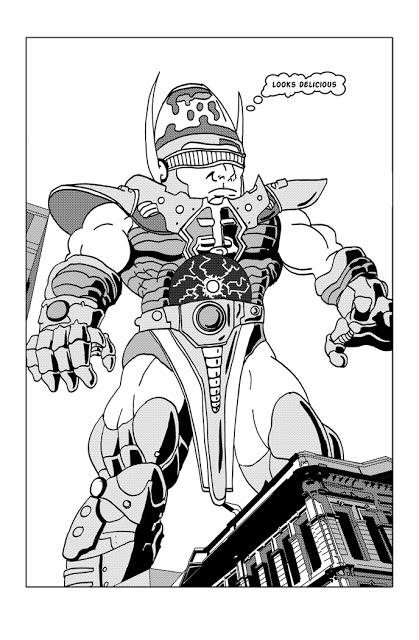 Basically, they’re an unorganized group of do-gooders that adopt their own costumed personas and take on superhero missions. Some actually try to fight crime. King, in his superhero persona of Zetaman, hit the streets of Portland, Oregon to hand out supplies to the homeless and organized charity events with his former team, The Alternates. 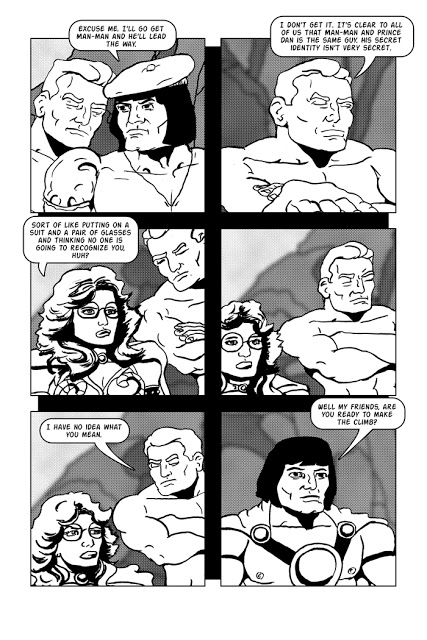 King had a falling out with some of his Real Life Super Hero colleagues, which is why some of the material has a bite in its satire—several of Totally Naked Man’s adversaries bear an uncanny resemblance to actual Real Life Super Heroes that King encountered as Zetaman.

“Pepper Gold,” for example, is clearly a satire of Seattle’s crimefighting superhero Phoenix Jones. A group of villains, The Bridge City Pizza Bandits, are the spitting image of some of Zetaman’s former teammates.

Some of the material might be funnier to Real Life Super Hero insiders, but then again the spoof is funny just for its spoofiness.

Naked Man Comics #1-4 (along with some web exclusive stories) can be found at nakedmancomics.com. Illya King will be tabling with his comics this weekend at the Wizard World Portland Comic Com, Feb. 22-24.