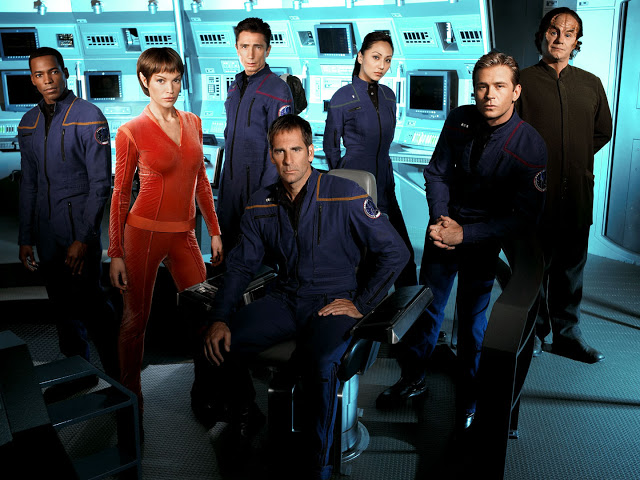 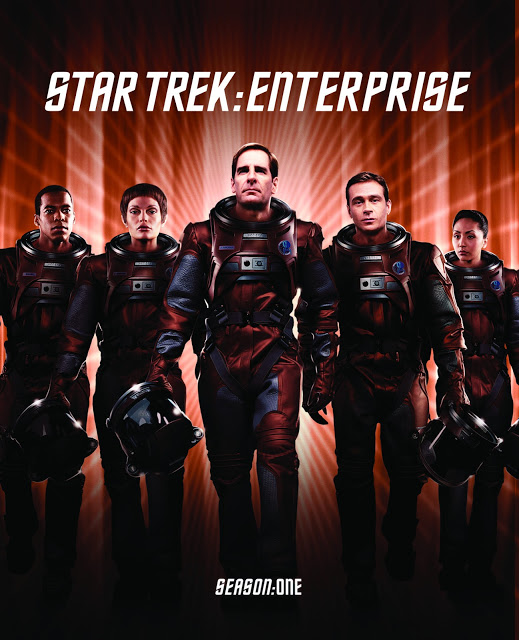 The STAR TREK: ENTERPRISE—THE COMPLETE FIRST SEASON Blu-ray boasts brand new bonus features including a multi-part, retrospective documentary called “To Boldly Go: Launching Enterprise” that gives fans an inside look at the development and production of the series and is exclusive to this collection. The documentary features interviews with the show’s cast and crew, some of which were shot as recently as December 2012, as well as archival footage and behind-the-scenes clips.


Part One: Countdown – Chronicles the challenges faced by the producers and creative staff as they attempt to launch a new chapter in the Star Trek® saga by making the then-radical decision to create a prequel to the beloved original series. Features all new interviews with key personnel including creators Rick Berman and Brannon Braga, production designer Herman Zimmerman, technical consultants Michael and Denise Okuda, writers Andre Bormanis, Phyllis Strong and more.

Part Three: First Flight – Charts the course for the rest of the series’ first season including all-new interviews with key production and post-production personnel. The six-disc set also includes a candid conversation with the series’ creators, Rick Berman and Brannon Braga, offering a glimpse into their creative process. In addition, the Blu-ray features brand new commentaries on select episodes from the season, along with a host of previously released special features such as deleted scenes and outtakes.

STAR TREK: ENTERPRISE recounts the adventures of the pioneers of space travel who ventured into the universe 100 years before James T. Kirk helmed the starship of the same name. Set in the 22nd century, ENTERPRISE takes place in an era when interstellar travel is still in its infancy. Captain Jonathan Archer (Scott Bakula) has assembled a crew of brave explorers to chart the galaxy on a revolutionary spacecraft: Enterprise NX-01. As the first human beings to venture into deep space, these men and women will experience the wonder and mystery of the final frontier as they seek out new life and new civilizations

The STAR TREK: ENTERPRISE – THE COMPLETE FIRST SEASON Blu-ray includes all 25 episodes from the inaugural season and will be available in 1080p with English 5.1 DTS-HD Master Audio, German and Italian 5.1 (Dolby Digital), and French, Castilian and Japanese Stereo Surround (Dolby Digital). The discs also include English SDH, French, German, Castilian, Italian, Japanese, Danish, Dutch, Finnish, Norwegian and Swedish subtitles. The Blu-ray is not rated in the U.S. and rated PG in Canada, and it will be available for the suggested retail price of $130.00 U.S. and $150.00 Canada.

Prepare for terrifying suspense and bone-chilling thrills with this new 5-Movie Collection arriving on Blu-ray September 15, 2020.  Based on the written works of...