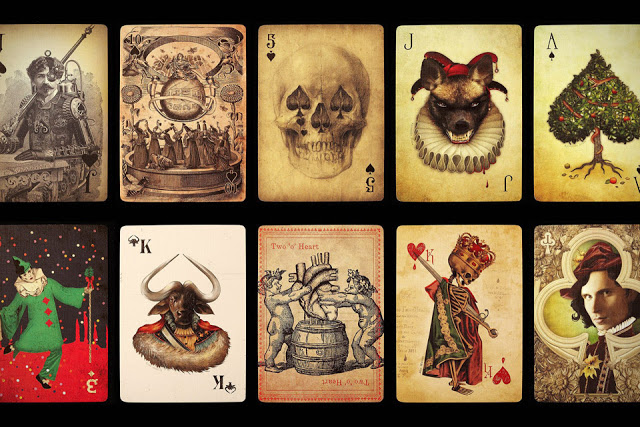 I used to be quite the Poker dame back in the day (It’s how I snared my husband, I took all of his money and then treated him to pancakes later that night) but I have to say, after a while, staring at a bunch of cards got kinda boring.

But perhaps if I had a deck of cards that were as off-putting and deranged as the Ultimate Deck, then maybe I would have concentrated more on the game and less on the trash-talking.

Think about it, if the ten of spades looked like this: 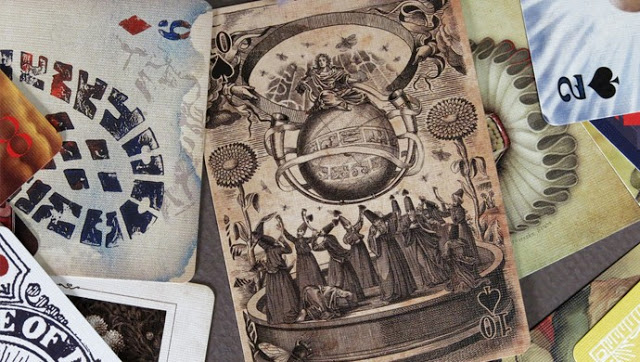 Wouldn’t the whole process of playing poker change for you?

It would certainly be a challenge to bluff if you had to figure out what the fuck this card was: 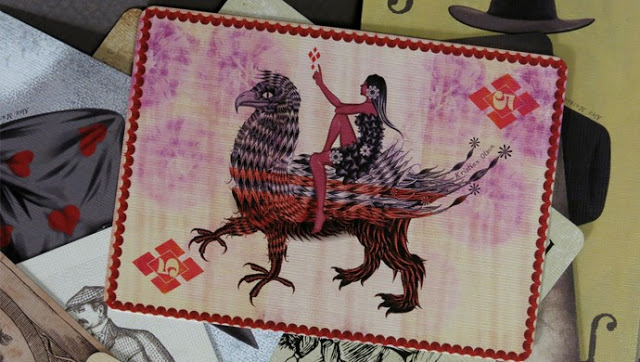 And, if you did manage to realize that it was a five of diamonds, could you even “play” a Hippogryph?

It would end up being so utterly confusing that one hand could last, like, seven hours.

And therein lies it’s awesomeness. You could require a $100 buy-in just to play the most incredibly, mind-altering game of Texas Hold ‘Em ever (a deck costs $24.95) which would, more than likely, result in souls crushed and spirits broken.