Seth McFarlane comes out with guns blazing, and got Tommy Lee Jones to laugh straight away, took a good jab at the lack of Ben Affleck’s Best Director nomination, slung one at Rhianna & Chris Brown, poked Mel Gibson in the eye, and slammed Jody Foster.

Then launched into a bit (that was too long) that included Captain Kirk (from the future) telling Seth how he got the worst review of any Oscar host. 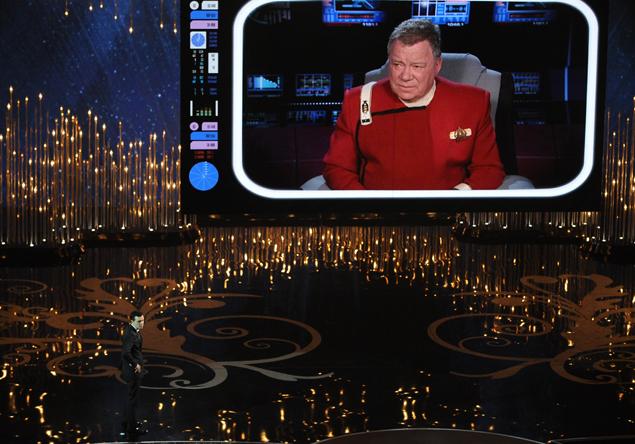 It included stars singing and dancing, and his song called, “We Saw Your Boobs” that was very funny, in a Mister Skin way.

I really dig Seth and his shows, but here was an example of why people like my sister HATE him – this shit went on for too long.

Sometimes it works, here it didn’t.


BEST SUPPORTING ACTOR – CHRISTOPH WALTZ! He’s TWO FOR TWO! And his speech was great, he bowed to the other nominees before he spoke, saying that it was an honor. And he shouted out Quentin in a nice way. WOW I love that guy!

BEST CINEMATOGRAPHY – CLAUDIO MIRANDA for LIFE OF PI (damn he’s got great hair, and he was genuinely surprised and gobsmacked!)

BEST VISUAL EFFECTS – LIFE OF PI – holy shit, the guy giving the acceptance speech was CUT OFF BY THE THEME TO JAWS before they cut his microphone – WOWZA!

Okay, here comes the James Bond 50th Anniversary tribute, kicked off by Halle Berry. First they showed a LOT of film clips, we heard some of “Live And Let Die” in the background…OH, SHIRLEY BASSEY singing Goldfinger! And she looks and sounds AMAZING. She is 76 and she IS CRUSHING IT! It would have been funny if they had Madonna show up and sing “Die Another Day.”

Okay, they showed some stuff, I washed dishes. We’re back, and Seth cracked a joke about Lincoln (John Wilkes Booth in his head or something) and people sorta booed. Seth said, “Okay, it’s been 150 years and it’s still too soon huh?” BOOM

BEST DOCUMENTARY – SEARCHING FOR SUGARMAN! If you haven’t seen it – IT IS GREAT!

And I’m going to wash more dishes while they give out some other awards, sound and some other stuff you don’t really care about.

There are a LOT of white guys who look like Hippies winning awards tonight!

I went to get something to eat, but now I’m back, and it’s 10:51 and here’s Salma Hayek, to announce some award that was given last week, that I don’t care about. All I hear are chickens clucking over that dress she’s wearing. I think she’s secretly auditioning for a Star Wars Pre-Prequel and isn’t telling anyone.

YAY – GEORGE CLOONEY – and he’s here to announce the people who died last year. Wouldn’t it be great if they played the Jim Carroll’s “People Who Died?” CRANKED REALLY LOUD!  WHOA, BABS IS IN THE HOUSE! And she’s singing “The Way We Were” in honor of Marvin… awwwwwwww. And she looks nutty, in some horrid Donna Karan spangled hot mess that makes her boobs look like they’re hitting the floor. And some ring, bracelet thing on her right hand, that looks weird. HEY BABS – STEVIE NICKS CALLED – SHE WANTS HER REJECTED DRAG BACK!

Here’s the cast of Chicago! Queen Latifah! How did her boobs get so big again?

Holy CRAP this is boring, I wanna go to bed!

BEST ORIGINAL SCREENPLAY – DJANGO UNCHAINED!
Oy, Quentin looks like a sweaty mess. Sheesh! He thanked his actors, then began to get played off, congratulated the other writers, then said, “Peace Out!” – and this is weird – Why are they playing the theme from Gone With the Wind to play him off the stage? Where did the Jaws theme go? 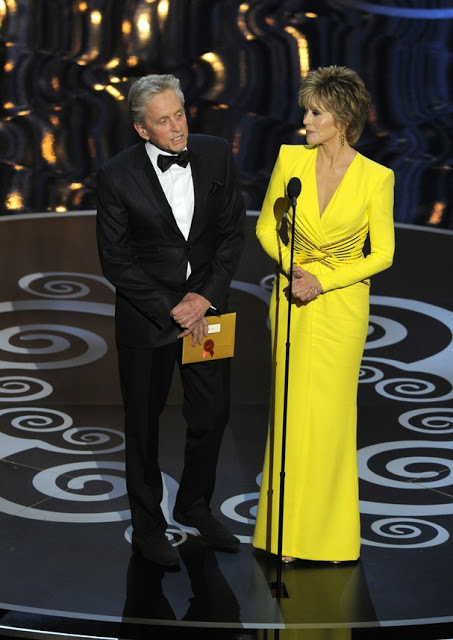 They’re here to announce the winner for

BEST DIRECTOR – ANG LEE for LIFE OF PI! He got a STANDING OVATION!

Hey, there’s the French guy who won Best Actor last year. Where in the hell has he been? Anyway, he’s here to announce the award for

BEST ACTRESS – JENNIFER LAWRENCE for SILVER LININGS PLAYBOOK -AND SHE FELL UP THE STAIRS while going to get her award. Girl, THAT’S what you get for dressing like a princess!

Hey, Meryl Streep! She’s here to give the award for the

BEST ACTOR – DANIEL DAY LEWIS for LINCOLN – he’s the first actor in history to win 3 in this category. Good for him.

And here’s Jack Nicholson to give the award for…wait a minute, he’s here to introduce THE FIRST LADY who is talking about how important the Arts are, and blah, blah, blah. Oh I can hear the backlash bubbling now! BANGS!

And now it is MIDNIGHT and Ben finished his speech. I’m totally pooped. Oh shit, now Seth and Kristen Chenoweth are gonna sing a song for the losers? Shit. 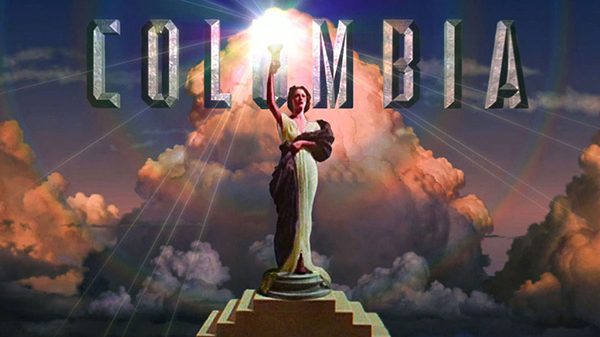 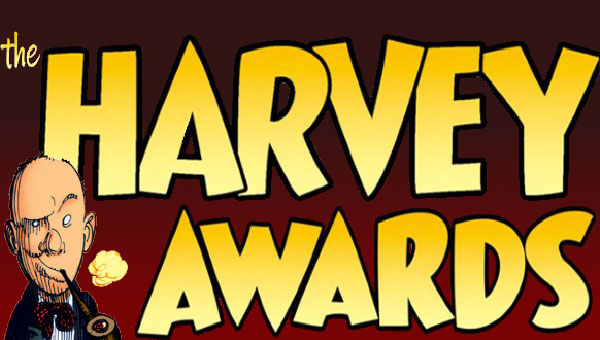 The Harvey Awards Announce 7 Hall of Fame Inductees For 2019 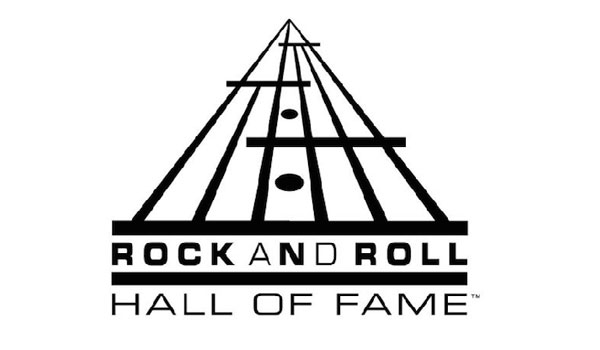 Time Life Delivers the Ultimate Collection with ‘Rock and Roll Hall of Fame: In Concert’

Each year, the Rock and Roll Hall of Fame honors rock music’s pioneering figures during a prestigious, black-tie ceremony. As the Hall of Fame...