This week, Phillip (Matthew Rhys) receives a signal in the paper from their partner Rob (Chase Coleman), the agent who died in Episode One.

Surprised and understandably cautious, Phillip asks Elizabeth (Keri Russell) to enlist the help of Gregory (Derek Luke), a black American she enlisted into the KGB during the tumultuous revolution of the sixties.

After some pretty impressive and well choreographed surveillance by his team of agents, Gregory was able to determine that the signal came from Robert’s wife, Joyce Mckenzie née Ramirez (Audrey Esparza).

It turns out that Robert had a wife and son Oscar, that he kept secret from not only the motherland but also his teammates.

This came as quite a shock to our favorite Directorate S team, especially Phillip who thought he knew everything about Robert.  It also alarms him because he does not know what Joyce knows about them (KGB).  It goes without saying of course that Phillip and Elizabeth speak to her to find out what she knows. 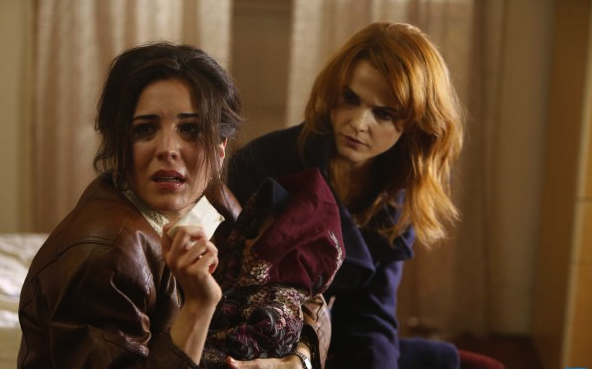 Stan Beeman (Noah Emmerich), resident FBI agent I love to hate, received a tipoff from his new contact within the KGB, Nina (Annet Mahendru,) who informs him that a member of the Directorate S team was killed in the past few weeks.  This tip leads Beemer to Robert’s up-till-now John Doe body lying in a DC area hospital morgue. Now the FBI is following Robert’s widow Joyce thinking she is also a KGB agent and are curious to see where she will lead them.

With the help of Gregory and his team, Phillip and Elizabeth remove Joyce from the watchful eyes albeit incredibly obvious and bumbling eyes of the FBI and learn that she had no knowledge of them or who Rob really was.  Rob made arrangements for his wife to pass on secret information to Phillip in the event of Rob’s untimely demise.  Phillip follows up on the information and is lead to an informant that has information on the United States nuclear ballistic program – a new technology that ratcheted up the threat the US posed to the Soviet Union.

Phillip and Elizabeth pass the information and Joyce into the care of their new Soviet contact and wait for orders for another day. 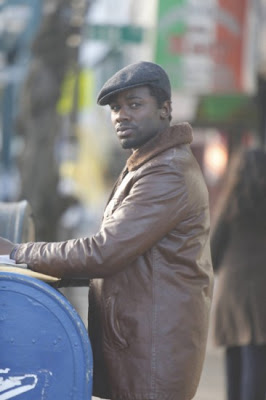 The backdrop to this week’s episode is the introduction of Gregory and Claudia a.k.a “Granny” (Margo Martindale), Phillip and Elizabeth’s new Soviet team leader.

Gregory puts the fledgling love between Elizabeth and Phillip to the test. Gregory was not just another recruit to Elizabeth; he was her lover and confidante.

When Elizabeth informs Gregory that she is no longer interested in continuing her affair with him because she is falling in love with her husband, Gregory is understandably hurt. He retaliates by telling Phillip about the affair he shared with Elizabeth.

Gregory relishes telling Phillip about the moments he shared with Elizabeth and how much Elizabeth at the time detested Phillip.

Our stalwart Soviet operative is emotionally compromised, so much so that he is seriously injured in a fight that occurs during the information purchase from Robert’s informant, a slip from him we have not seen to date.  It was tough being Elizabeth this week, because she could see how much she hurt both men, and she was still left with making a choice.  She realizes that while at one time she considered Phillip a “cover”, he had always considered her his wife.  Gregory highlighted the human collateral damage that comes with line of work the agents were in. 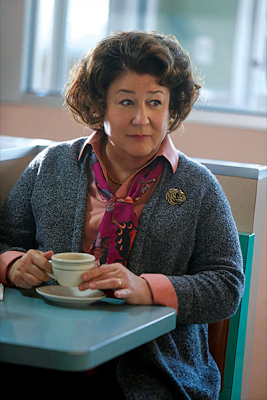 Claudia on the other hand, sharply reminded us all of the true brutality of the Soviet Union.

Claudia was sent as a replacement to Gabriel, the team’s leader who apparently kept a loose handle on his agents – a stylistic approach that she did not share.  She spooked Phillip in a diner while he was having breakfast with his daughter and she also managed to tail Phillip in a dark D.C. street.

For an “old lady” as Phillip described her, Claudia certainly has skills.

Claudia also took Joyce away from the care of two agents who would have tried their best to care for their dead partner’s wife and son, and delivered her into the hands of an agency that killed her and sent her infant son to the home of his paternal grandparents in Donetsk, a cold harsh unforgiving looking place deep in the heart of the Soviet Union.

On a lighter side, the FBI was not so vile this episode, well at least Stan wasn’t. Stan’s partner, Agent Chris Amador (Maximiliano Hernandez) is becoming more visible as the agent who says the “no duh” thing that everyone is thinking and doesn’t actually say, especially to the boss.  While Amador had taken somewhat of a backseat to Beemer in episodes past, his unfortunate outspokenness is bringing him reluctantly into the spotlight of the FBI and the viewers. The resident “affirmative action” agent as Beemer describes him in Episode 2, Amador doesn’t appear to have Beemer’s bullish demeanor (although he did partner up and rough-house the angry stereo guy last week), but he also is lacking Beemer’s intuit sense of when to speak and when to shut up.

This draws the FBI team leader’s ire and it appears that we’ve found Beemer’s sidekick – kinda like LeFou to Gaston from Beauty and the beast. It’ll be interesting to see how his character continues to develop in the series.

So, recap – The FBI now knows of Directorate S’s presence in the US and the long reach of the KGB also extends into the hood of DC. Next week, the President has been shot and the KGB is the FBI’s prime suspect.