The Americans take us back to 1983 again and this week, we land in DC the morning Ronald Reagan is shot by John Hinckley.

Tensions are already running high this episode.  The Soviets are threatening the borders of neighboring Poland, the son of the Romanian deputy chief of mission is stopped at customs on his way back from Bucharest with 3lbs of marijuana, and our favorite Soviet spy couple are trying to bring magic into their lives as a couple.

Elizabeth (Keri Russell) and Phillip (Matthew Rhys) discover after playing grown-up hooky in a hotel suite in the morning, that Reagan has been shot.

Once the news settles in – which takes approximately 45 seconds, the two agents flip the switch and move into reconnaissance mode to get as much information they can about the event.

Phillip discovers through another American sympathizer Charles Duluth, (Reg Rogers) that Reagan is in surgery but news about his recovery is being withheld.  After making some covert calls around DC, Phillip is able to obtain the names of nursing staff working on the ward where the president is kept. Phillip and Elizabeth under the guise of being secret service agents visit the home of one of the nurses and are able to confirm that the President is indeed alive and well.  This information is communicated back to the Soviet headquarters, however thanks to the infamous and highly erroneous words of Secretary of State Alexander Haig made “I am in control here”, the KGB is under the impression that a coup has taken place within the American Government. 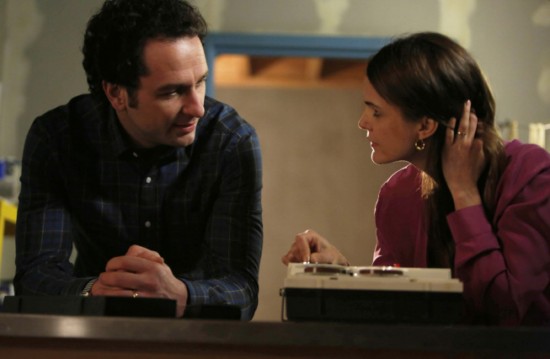 The Soviet spy headquarters convey through Diane that Operation Christopher – a covert mission to assassinate key members of US leadership is to commence. Phillip is reluctant to continue with this mission, however Elizabeth coldly demands that they follow their orders. Things are further complicated when the listen to surveillance tape from the Secretary of Defense’s office discussing the movement of the president’s nuclear football – the special briefcase the president holds with the launch codes that could launch a nuclear attack.  Elizabeth is convinced that Haig has launched a successful coup against the US government, however Phillip is still unconvinced and demands that they stand down until they get more information. 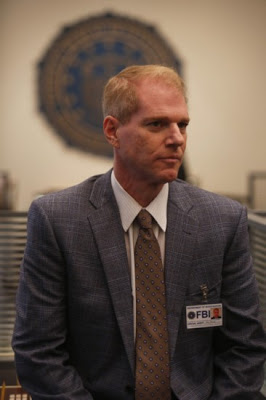 It takes Stan Beeman’s (Noah Emmerich) sneak peek at the madness of John Hinckley and his understanding that the Soviets had nothing to do with the events of the day to finally convince Elizabeth that there was indeed no coup.

To be quite honest, I am glad to say that in the 80’s I was young and blissfully unaware of the things going on in the world.

I can’t imagine living under such paranoid conditions. In the 80’s I was as innocent as Henry Jennings, not knowing where all the places I heard on the news were and not really caring to know either.

It’s startling to believe that the decade that birthed the advent of Spandex worn in public, Beverly Hills Cop, Cyndi Lauper and The Goonies is the same decade of such paranoia, danger and potential global annihilation.

Elizabeth’s blind hatred of Americans is just as startling to me.

This week we see that even though Elizabeth is softening in her stance towards her husband, she is still ever distrusting and disdainful of the US and its indigenes.  A flashback to her youth shows Elizabeth as young Nadezhda learning the age-old lesson that nothing comes freely, and her mother teaching her to look closely at the hand holding the free handout. Elizabeth’s distrust of the US runs so deeply, it filters everything she perceives about us, a fact that frustrates Phillip.

On the other side of the fence, Stan Beeman’s supervisor Agent Gaad (Richard Thomas) is just as distrusting of the KGB as Elizabeth is of the American government. 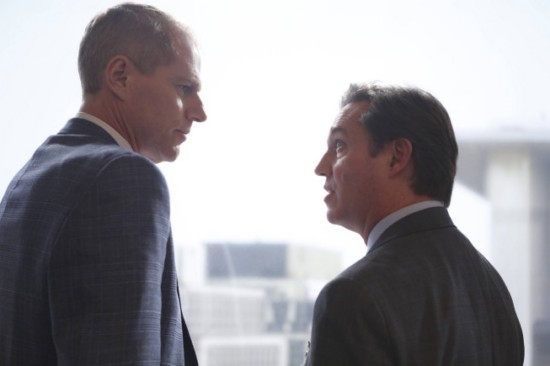 It’s almost as if Agent Gaad needs John Hinckley to be a KGB operative.  He demands that Beeman meet Nina (Annet Mahendru) despite the obvious risks to her safety to find out if Soviets were behind the assassination attempt.  It is by the intuitive skills of Beeman that Nina’s cover is not blown as the KGB has her followed when she leaves the office to meet with the FBI agent.

And as much as I love to hate that Beeman guy, this week you realize that although he can be a douche sometimes, he’s a darn good agent.  He calls his partner on the carpet for not warning him about Nina’s tail, he cautions his supervisor about jeopardizing the safety of an informant and his commitment to his job is so resolute that he is now unable to connect to his wife and son.  Stan and Sandra (Susan Misner) are drifting apart while their son (Charles Sparrow) struggles with understanding the dangers his father’s job holds.

Kudos to FX for giving us another exceptional night of espionage and intrigue.  I am looking forward to next week, when Elizabeth appears to be in the cross hairs and Phillip is going to have to stand by and watch her defend herself.