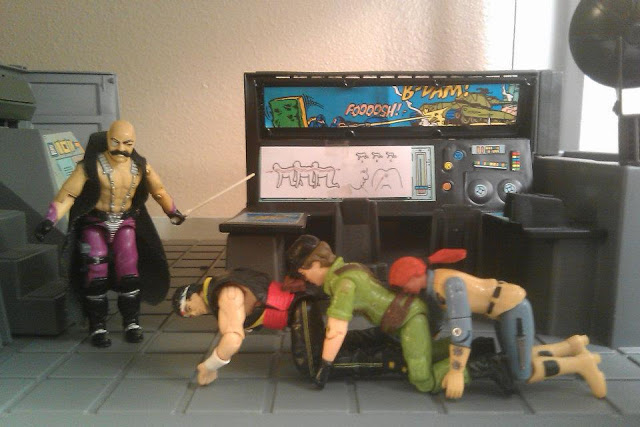 Well, we all did it didn’t we? You know, making Barbie go down on Ken (or Skipper for that matter) or creating a romantic evening in Castle Greyskull so that Skeletor could finally make a man out of Prince Adam.

It was just part of growing up and exploring our sexuality through inanimate objects…secretly.

I mean, it wasn’t like we were actually hoping to mature into adults and participate in a My Little Pony cosplay gang bang (were we?) or anything. It was simply an innocent by-product of being surrounded by genital-free action figures and being left alone by our parents.

And yes, a calendar celebrating 52 scenes such as Han dominating Luke over the dead body of a Wampa might seem like a tasteless excuse for kid-friendly pornography, but there’s a certain feeling of nostalgia associated with it: 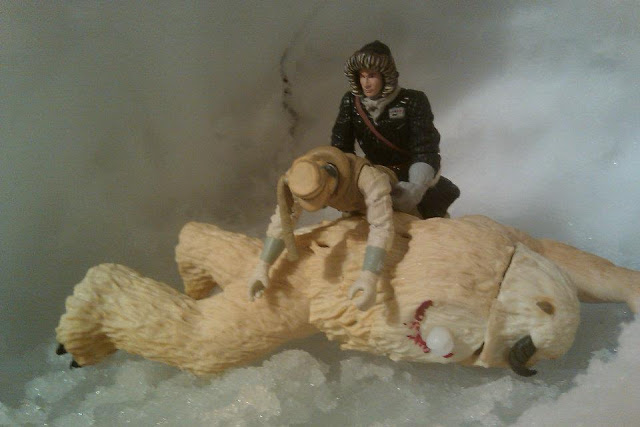 Who didn’t look at various action figures at some point in their life and say to themselves, “You know what? I think that a bunch of Ewoks should hump princess Leia”.

And then we made it happen: 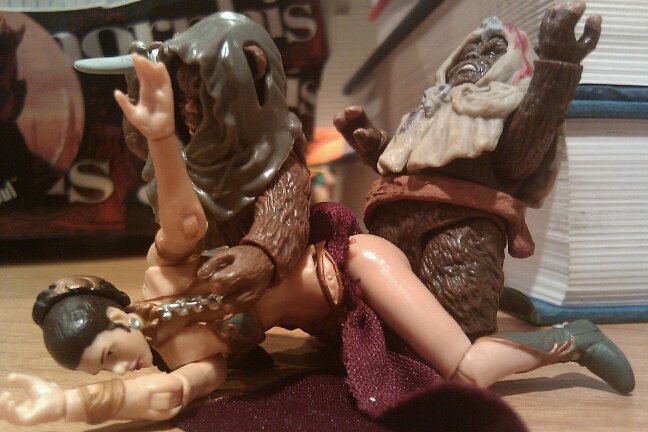 So yeah, I’m buying the calendar ($25.00) because I was the type of person that made Wolverine, Cyclops and Jean Grey work out their differences in a three-way: 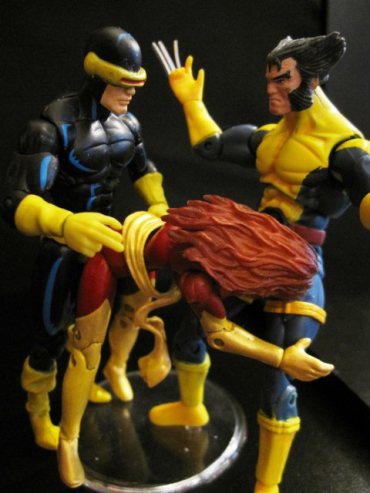