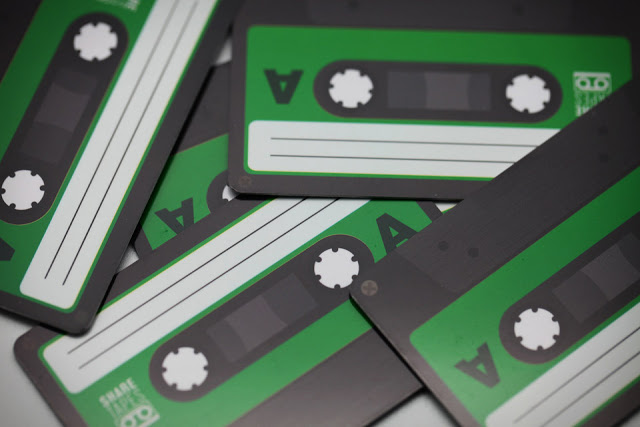 Mix-Tapes, Mix-CDs…they were once the only way to tell someone how you felt about them without actually having to tell them how you felt (Take My Breath Away by Berlin followed by She Bop by Cyndi Lauper pretty much summed up what you did at night when you thought about them), and getting a mix-tape was probably the most awesome thing ever.

But then something happened.  MP3’s came out and the mix-tape/cd went the way of the Walkman, never to be heard from again (I’m sorry, handing over a flash drive filled with One Direction songs doesn’t count).

But here’s something that combines new technology with the greatest way to say “I kinda want to have you inside of me” ever, the Sharetape.

Basically, you buy a pack of 5 cards that look like really thin cassette tapes but contain NFC (near field communication) chips and QR codes that can be loaded with songs from Spotify, YouTube, 8tracks and other online sources. Download what you want and then give those tapes to your very special friends (who can then either tap the card on their devices that are NFC-enabled or scan the QR code- if they can do neither they can go to Sharetapes.com and listen, there’s a code on each card) and then get ready to be praised for being awesome. 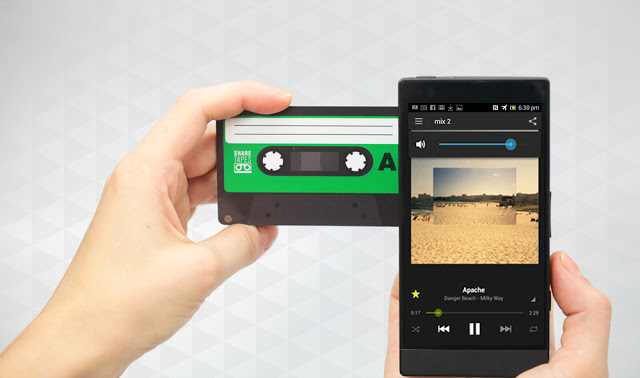 See, the old ways can still be accessed using new technology…and at least this time your songs won’t have to be cut off because you ran out of tape, thus ruining the effect of your proclamation of desire and your hope for a quickie under the bleachers at lunch.

In this article:Mix Tape, Music, Nostalgia