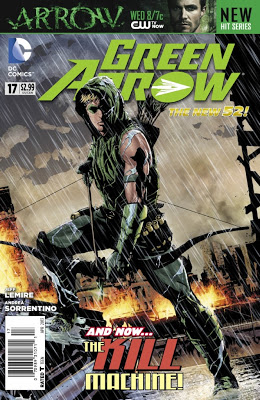 The talents of Jeff Lemire and Andre Sorrentino have breathed new life into what was a floundering series. Oliver has lost Queen Industries while unknown forces from his island past are dead set on finishing the blonde playboy once and for all.

The script captivates the reader from the onset and the art brings a certain je ne sais quoi that was missing from the onset. Several aspects of the story share a similarity with the hit TV show, Arrow.

In a way, the CW’s success with the Emerald Archer is responsible for the 180 degree turn around shown in its seventeenth installment.

After missing the mark with the previous pair of writers and artists, DC Comics hits the center of the bullseye in spades. If you haven’t read this yet, please do so, now. 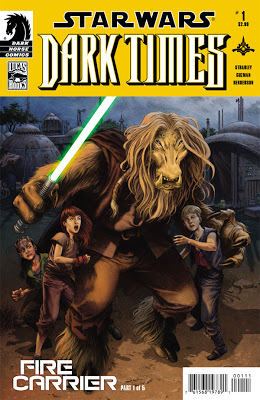 Dark Times recalls the turbulent period for scattered Jedi. Most of them have been chronicled as they attempt to make some semblance of life for themselves in a post ORDER 66 galaxy.

Some try to bring the Jedi Order back to immediate power while others lay in wait while fostering the next generation.

Jedi Master K’Kruhk is on the run with a group of young Padawans and has no choice but to seek refuge on an Imperial-run planet.

Strife, hunger, faith, and normalcy are nowhere in sight for the younglings as artist, Gabriel Guzman paints a dark picture of despair. Brian Wood, with the release of his ongoing series, has substantially raised the bar for anyone writing tales of this coveted space opera. This new chapter of the Expanded Universe does its own thing while using all of the aspects we love about Star Wars. 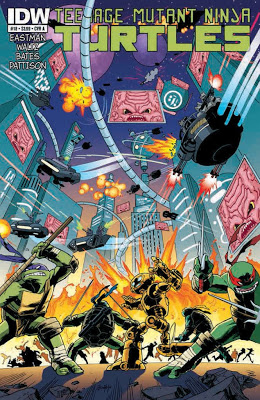 The Turtles have found themselves in Dimension X and have a battle filled first encounter with the Neutrinos and Krang.

The answers lie with a robot named Fugitoid as an army of Stone Soldiers are waiting in the wings. Ben Bates draws a vile looking Krang, an awesome cover, and an angry Master Splinter that shook me a little bit. Tom Waltz’s script is loaded with action, excitement, and the princess’ saving charm that can only be brought to you by Michelangelo.

One of the consistently great comic books on the shelf strikes again with everything a fan could ask for.

Take my advice, pick up this issue and prepare to be Shell Shocked. 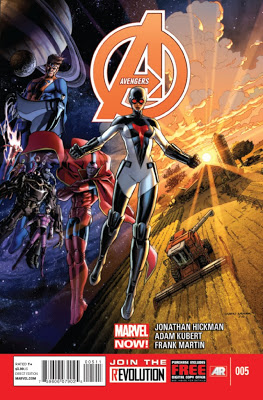 The thing that bothers me about the Justice League book is that the bickering among its members takes center stage whether Geoff Johns wants it to or not.

Jonathan Hickman’s version of Earth’s Mightiest Heroes is all about the adventure and Adam Kubert’s sensational art drives the point home. Isabel, an Iowa farm girl, becomes the first human to join the Shi’ar Imperial Guard.  Opening flashback scenes of Tony Stark and Steve Rogers’ initiative of an increased Avenger presence serves as a reminder that this is a different world we live in and that threats are more dangerous than ever before. 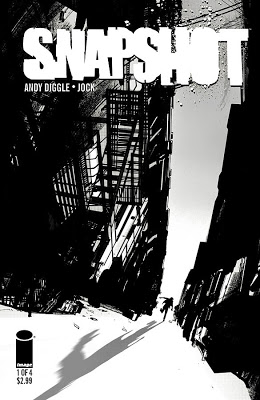 Snapshot is something new, something different, and it’s written by Andy Diggle. I’m already sold and so will you.

Our tale follows Jake Dobson, a comic book shop employee who finds a smart phone that contains pictures of a dead body.

You get to know Dobson in the opening salvo as he shoots the breeze with his friend. Their dialog reads sharp and funny. and the art direction makes you feel you are inside the store and listening in on their conversation.  I found myself yelling at Dobson for going through the phone which brings him nothing but bad luck.

At the same time, most of us would have looked through the phone as well.

While more and more black and white comics are coming out of the wood work, it was very appropriate here. It added a level of depth to the situation at hand as the tension builds from the moment Dobson opens that damn phone. This was a strong first issue and I’m looking for to the next one. 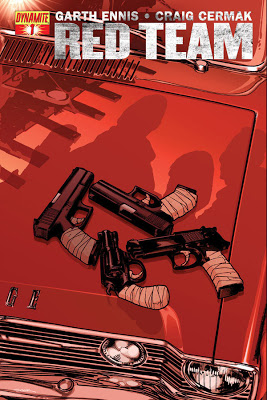 The Red Team is the elite anti-narcotics unit of the NYPD. No crime is too hard to solve until a particular case causes them take the law into their own hands instead of working within the system. The problem, besides the obvious, it becomes addicting.  This is definitely a book for mature audiences only.  The gritty dialog reads like a Quentin Tarantino movie and is narrated by Red Team Member, Eddie Mellinger, from an interrogation room several months into the future.

If you’re tired of the usual superhero stuff, rest assured, you will not find a cape or cowl in sight. Just one hell of a start to a gripping story. 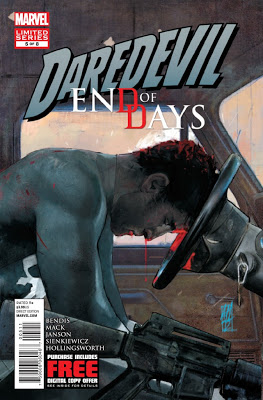 Father time is not kind to the heroes and villains of the Marvel universe as the world has almost forgotten about them.

This is where Ben Urich comes in as he is compelled to tell Matt Murdock’s story, even if the rest of the world wants him to forget about it. “Mapone”; the word no one knows the meaning to and is central to the plot.

Urich interviews the Punisher, who is in prison. Even though he is restrained in his cell, the tension made me feel he could break free at any moment. Their conversation reveals a lot without revealing much at all and it makes you want the answers even more.

Urich decent down the rabbit hole leads him to dead ends, conspiracy theories, and crooked characters. Bendis’ story might not have a happy ending. In fact, I’m counting on it.

Colder #4 (Dark Horse Comics)
Nimble Jack’s insane mind games are cooling Declan towards death as the woman who cared from him is n inch away from death’s door herself.

Written by Joshua Williamson Art by Gleb Melnikov, Dale Eaglesham, Clayton Henry Published by DC Comics   This has been a pretty good title...

Written by Scott Lobdell Art by Paolo Pantalena Published by DC Comics   This is writer Scott Lobdell’s penultimate issue writing this title. This...