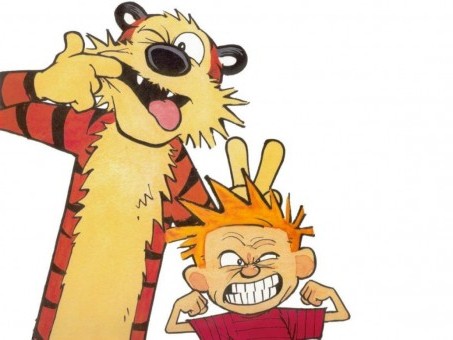 While I admire Bill Watterson’s ability to walk away from a popular strip like Calvin and Hobbes before it slid into mediocrity, I am also very sad that there was never a cartoon or animated holiday special to tide me over whenever I needed a fix (Watterson is vehemently against the commercialization of C and H and will never allow his creations to become watered down versions of themselves although, he wouldn’t mind a cartoon version to be made, if the right people were involved).

Brown took Watterson’s drawings and animated them for a :27 piece of history that will hopefully stoke the fan fires enough to maybe get a Calvin and Hobbes animated short made in the near future.

Do I sense a Kickstarter campaign?

Since it’s launch, Ahoy Comics, has become one of the industry’s most innovative publishers with such high concept titles as Second Coming, The Wrong...

Writer’s Commentary: Landry Q. Walker on ‘A Clash of Kings Vol 2 #7’ from Dynamite!

POTENTIAL SPOILERS: Buy & read the book, then check out our commentary. Okay…I’m behind schedule on these, but let’s dive into – issue…7? –...