When asked what the dividing line between horror and sci-fi is, a friend once told me that if the monster is chased by torch-wielding villagers, it is horror, when the military gets involved, it is sci-fi.  Sound theory, I would say, especially when coming from this aforementioned friend, the kind of person one would call, up on such things.

So sound, in fact, that I am going to completely ignore said theory, and include James Whale’s classic 1931 Universal Horror film, Frankenstein, in my look at the history of Sci-Fi Cinema.

But hey, I am also going to take a look at the equally classic 1933 monster movie, King Kong, full of plenty of military involvement, so that makes it all even steven, right?

Right. But, enough of this babble, let’s get on with the story.

The science fiction genre, which had been growing bigger and bigger as the history of cinema grew, began to stagnate a bit in the early days of the sound era, and in its place came a slew of horror films, mostly from Universal Studios, whose name would become synonymous with the genre of horror. 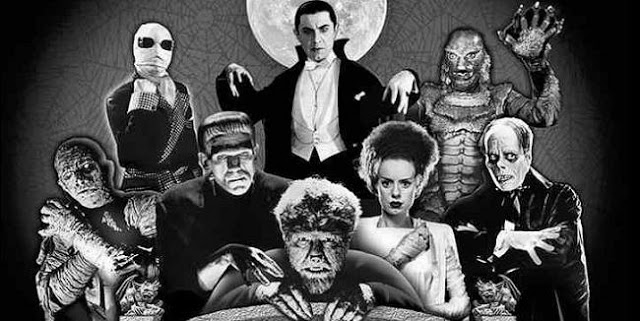 With the success of Dracula and Frankenstein in 1931, a legendary studio was born, or reborn. After all, the studio had been around since 1912, and is the oldest studio still in business today. But that is neither here nor there. What Dracula and Frankenstein brought about, was a so-called golden age of horror cinema. Followed by films like The Mummy, The Invisible Man, The Wolf Man, and a ton of sequels and spin-offs, horror was surely the king of 1930’s Hollywood.

Still though, torch-wielding villagers or not, one can easily call Frankenstein, science fiction. 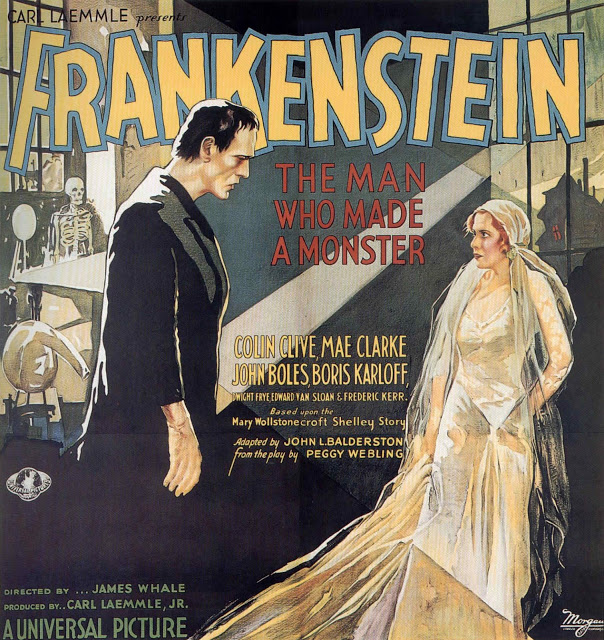 Rather loosely based on the original Mary Shelley novel, it was Whale’s film, and the performance of that king of the horror movies, Boris Karloff, that gave the character his now signature look. Taking aspects of German Expressionism and combining them with the inherent scares of the genre, Frankenstein became the epitome of the mad scientist movie – a sub-genre that would be made and remade a thousand times over, but still, it is Whale’s Frankenstein that holds a historic sway over all of them. But like I said in my opening salvo – or rather my friend said – one needs the military to get involved for that line from horror to sci-fi to be crossed, so let us swing our sights over to that baddest of bad ass monsters, King Kong.

Made in 1933, by Merian C. Cooper and Earnest B. Schoedsack, and highlighted by the stop-motion special effects of Willis O’Brien, who had already proven himself with the great dinosaur effects in 1925’s The Lost World.

One of my all-time favourite films (it rests comfortably at number thirteen on my favourites list), King Kong, would be remade twice, have a slew of spin-offs, like The Son of Kong, King Kong vs. Godzilla, King Kong Escapes, as well as a multitude of copycats, most notably, 1949’s rather fun film, Mighty Joe Young.

Just like Frankenstein, though not the first of its kind, was the start of an influx of horror films, King Kong would be the start of many a giant monster movie, including Godzilla, who would come around over twenty years later. 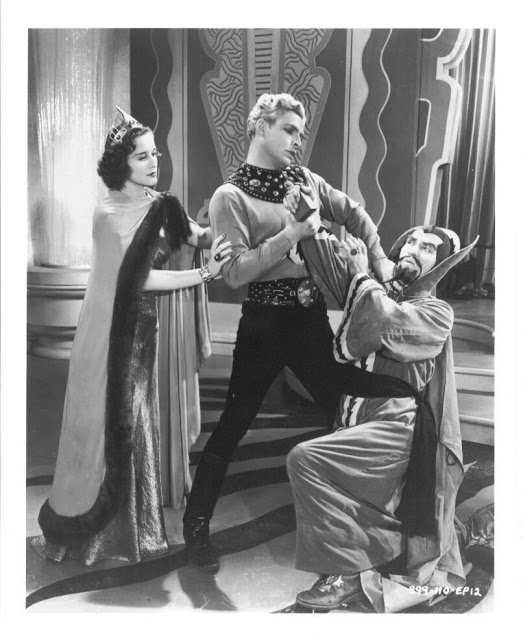 Already a comic book sensation, Universal Pictures brought Flash, and Ming the Merciless, to the screen for the first time in a thirteen part serial in 1936. Flash would return in 1938 and again in 1940.Buck Rogers would also find his way to the screen in 1939, via poverty row studio, Republic Pictures, and the 1940’s would bring things like Dick Tracy, Captain Marvel, Batman, Captain America, and a bunch more, to the big screen in serial form. Many of these serials would pop back up again when TV came along in the 1950’s.

Other than these serials, the 1940’s would be rather devoid of any major contribution to the sci-fi genre, but oh boy, would the 1950’s change all that.

In fact, the 1950’s, the veritable golden age of the genre, would be so full of fun and interesting science fiction films, that I am going to have to split the decade into a myriad of pieces, and take each year, one at a time.

I will be back next time with a look at 1950, and such films as Destination Moon and Rocketship X-M. See ya then.