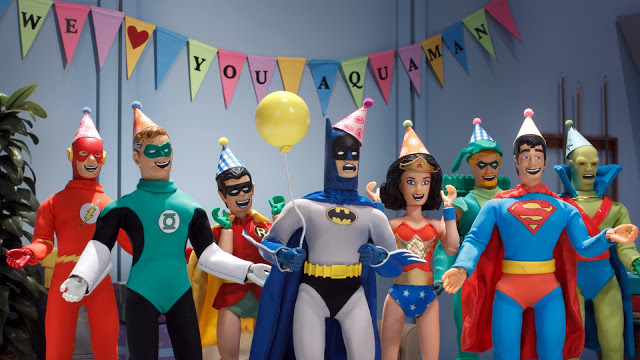 
Iconic Superheroes Get Stop-Motion Skewering on Blu-Ray and DVD with Release of Annie Award-Winning Special and Two Plus Hours of Bonus Features, Available July 9, 2013

This July, the Robot Chicken television series heads back to Blu-ray™ and DVD – and this time, the DC Comics universe is at the center of its Emmy® Award-winning stop-motion lampooning. Stoopid Buddy Stoodios, in partnership with DC Entertainment and Warner Bros. Animation, continues to build its repertoire of dishing out hilarious sketch comedy parodies in the all-new Adult Swim Blu-ray and DVD release, Robot Chicken DC Comics Special. The special, which boasts an all-star cast as well as characters Robot Chicken fans have grown to love, provides a unique take on some of the most iconic superheroes from the DC Comics universe – along with others whose powers can’t really be called “super.” It will be available on Blu-ray and DVD on July 9, 2013 for the suggested retail price of $19.98 and $14.98, respectively. 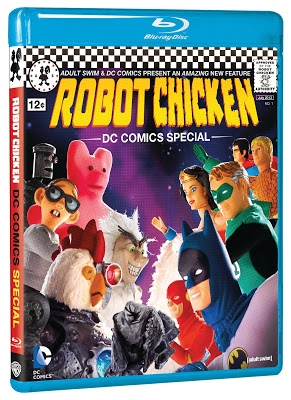 The list of special features included on the Robot Chicken DC Comics Special Blu-ray and DVD include:

About Stoopid Buddy Stoodios:Stoopid Buddy Stoodios is an artist-friendly collective that houses some of the finest talent in all of animation. They have a knack for creating unique visuals and telling character driven stories with an uncanny sensibility. Home to the longest running stop-motion show on television, Robot Chicken, as well as Dinosaur Office, stop-motion animated segments of Spy vs. Spy for MAD from Warner Bros. Animation for Cartoon Network, and a slew of exciting projects currently in development.

Turner Broadcasting System, Inc., a Time Warner company, is a major producer of news and entertainment product around the world and a leading provider of programming for the television industry.