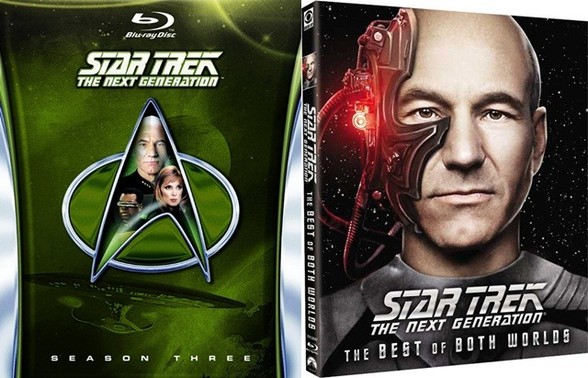 “You will be assimilated. Resistance is futile.” Trekkers nationwide will soon heed those commands as NCM® Fathom Events, CBS Home Entertainment and IGN present “Star Trek: The Next Generation – The Best of Both Worlds,” which beams into select cinemas on Thursday, April 25 at 7:00 p.m. local time. The fan-favorite two-part episode – “The Best of Both Worlds” – is comprised of the third season finale and the fourth season premiere, with Part 1 making TV Guide’s list of “TV’s Top 100 Episodes of All Time.” The episodes have been remastered into a feature-length presentation and will be presented on the big screen.

Tickets for “Star Trek: The Next Generation® – The Best of Both Worlds” are available at presenting theater box offices and online at www.FathomEvents.com. The event will be broadcast to more than 550 select movie theaters across the country through NCM’s exclusive Digital Broadcast Network. For a complete list of theater locations and prices, visit the NCM Fathom Events website (theaters and participants are subject to change).

Fans will enjoy this digitally restored and gloriously remastered presentation in high definition. The fascinating storyline follows the cybernetic alien race, the Borg, as they abduct and transform Capt. Picard into a half-Borg, half-human called Locutus. Meanwhile, the Enterprise crew must race against time to intercept the nefarious Borg cube before it reaches Earth to enslave humanity.

“Fans have been discussing these historic episodes since they first aired, and we’re excited to present them like never before, newly improved and on the big screen,” said Ken Ross, executive vice president and general manager of CBS Home Entertainment. “This special event will ensure that ‘The Best of Both Worlds’ will remain a classic throughout the 21st Century — and beyond.”

“After the success of the first two ‘Star Trek: The Next Generation’ events, we couldn’t wait to bring additional seasons back to the big screen for fans to enjoy,” said Shelly Maxwell, executive vice president of NCM Fathom Events. “Fans will be absolutely thrilled with the presentation of these ‘Next Generation’ classics.”

“Star Trek: The Next Generation Season 3” and “The Best of Both Worlds” will be released on Blu-ray on April 30.

CBS is a proud and long-standing supporter of the American Red Cross and will continue to show its support through this event. CBS will make a financial donation to support the Red Cross which shelters, feeds and provides emotional support to victims of disasters; supplies about 40 percent of the nation’s blood; teaches skills that save lives; provides international humanitarian aid; and supports military members and their families.

Prepare for terrifying suspense and bone-chilling thrills with this new 5-Movie Collection arriving on Blu-ray September 15, 2020.  Based on the written works of...