It’s backstory time again on The Americans, and this time we get to know the real Phillip Jennings, circa 1963.

This week in a slow moving yet still engaging episode, the mission for the Jennings is to eliminate a potential threat to the sovereignty of Moscow and reestablish a connection within the US nuclear ballistic program.

Peter Jennings (Matthew Rhys) assignment – Moscow Andrzej Bielawski (Andrew Krukowski) is a Polish defector that despised what he described as the “Soul killing godless abomination” that was killing his native country.  Working with Charles Duluth, (Reg Rogers) and another Soviet agent Irina (Marina Squerciati) discredits Andrzej by framing him for assaulting and raping Irina. 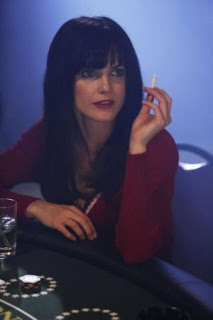 Elizabeth Jennings (Keri Russell) meets up with Sanford Prince (Tim Hopper), a colleague of the late Adam Goodwin to get more information about the nuclear ballistic program and it’s progress.

Turns out Sanford is as frightened of the “lady KGB” who comes knocking at his urinal (literally) as he should be because he’s in debt to some very dangerous men and expects to be dead anyway. Elizabeth pays off Sanford’s debts and now has him in her pocket.

Mission complete for both agents! But on to what we all really care about – Will Phillip and Elizabeth make up from last episode’s horrendous falling out?

There was a lot more character development in this episode.

At the beginning of the episode, tensions between Phillip and Elizabeth are still incredibly high.

Their issues are exacerbated by the fact that Phillip has to work with
Irina, the love of his life prior to being assigned to his current
mission.

Elizabeth is clearly insecure about Phillip going to work with
Irina again, and for his part, Phillip is excited to see his old flame
as well.  Phillip returned in part to the time in his life when he was
known as Mischa, young, eager, ambitious and excited to do the ultimate
bidding of the motherland.  When he sees Irina again, she is just as
beautiful as he remembers and later on in the mission, he finds out that
she like him has become disillusioned with the Soviet party. 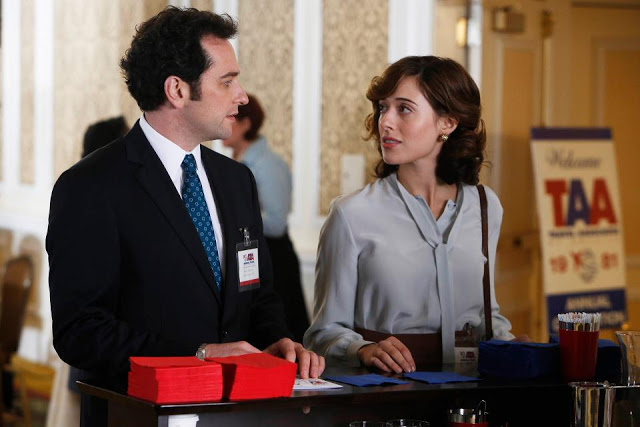 Irina wants to run away and asks Mischa/Phillip to join her.  She also surprises him with the news that they have a son, although I personally doubt the veracity of that revelation.  However, thanks to witnessing the pain and frustration of Susan (Susan Misner) and Matthew Beeman (Daniel Flaherty) at a neighborly dinner, Elizabeth realizes that she is truly lucky to have a partner and committed father in Phillip.  She calls him in the middle of the night, asking him to come home.  If Phillip was Irina’s request any serious thought, Elizabeth’s call to him pretty much killed the idea.

And speaking of the Beemans, things don’t look that great for the American family next door. 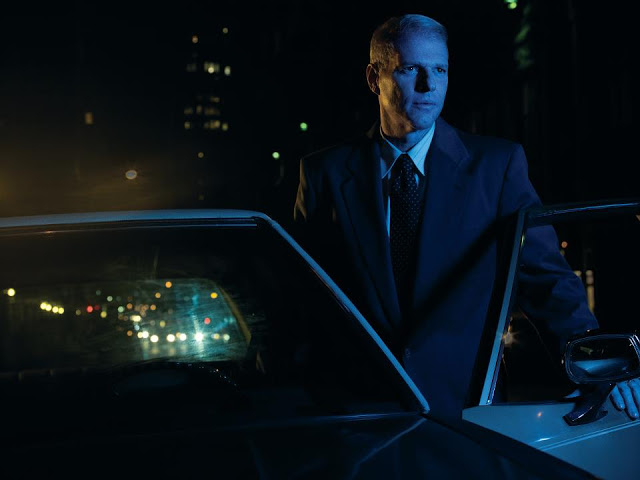 Stan is obviously not going home much anymore and its clear that he is truly disconnected from his wife.  It was really sad seeing both sides of the Beeman family obviously discontented with the way things were in their home, but feeling helpless to do anything about it.  Stan’s partner, Chris Amador (Maximiliano Hernandez) takes Beeman out to a bar to find someone to help him relieve some obviously pent up stress, however Beeman reaches out to Nina (Annet Mahendru) instead.

Now I know that Beeman cared for Nina’s safety and mental well being, but I really didn’t see the attraction between them.  Perhaps because both Nina and Beeman are struggling under the stress of being spies together, they feel some sort of kinship or bonding, I don’t know, but it was weird to see them together.

Next week, it appears things are about to start heating up again, literally.  Our favorite Soviet spy couple is blowing things up and Agent Gaad (Richard Thomas) of the FBI is declaring war.