This week’s episode picks up in the Jennings’ kitchen where Phillip (Matthew Rhys) is sharing with Elizabeth (Keri Russell) the massive bomb Claudia (Margo Martindale) dropped when the two met up the night before, someone was talking – The KGB had a mole.

This week, Phillip and Elizabeth are caught up in the shockwave rippling through the KGB’s spy network – literally, as both agents are abducted by an unknown faction and taken to a secret location for hours of brutal physical and psychological torture. 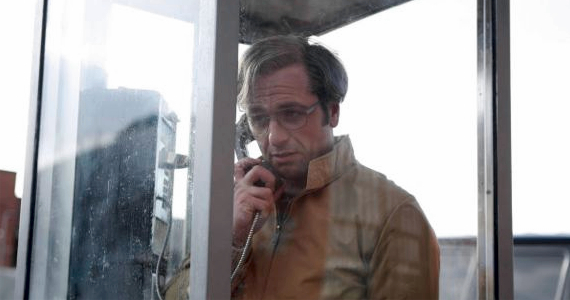 Phillip after making plans to go the home of his FBI contact Martha (Alison Wright) is suddenly bagged at a pay phone, dragged into a dark van and is unmasked in a warehouse by strange agents who seem to know all about his pseudo-life and his secret KGB agent status. He’s beaten and tortured for hours but to his credit and awesome mental strength, he reveals no information.

Elizabeth, who is busy cooking at home is kidnapped from the house and then thrown in a room that has pictures of her children covering the wall.   And for the first time, two Jennings’ children are in the wind.

I didn’t think the Americans could get anymore electric, but I was so, so wrong. This episode jolted viewers from one tense moment to another.  I gargled my heart for the first 30 minutes; breathlessly watching my favorite Soviet couple resist the throes of torture, to watching the Jennings children make choices that made me want to slap the taste out of their mouths (figuratively speaking of course). Even Stan Beeman (Noah Emmerich) chimed in on the action, by playing a coup de gras to keep his contact Nina (Ahneet Mahendru) safe from the hands of the vengeful soviets who were hunting for the mole and serving up the Resident Vasili (Peter Von Berg) as the traitor in there midst. 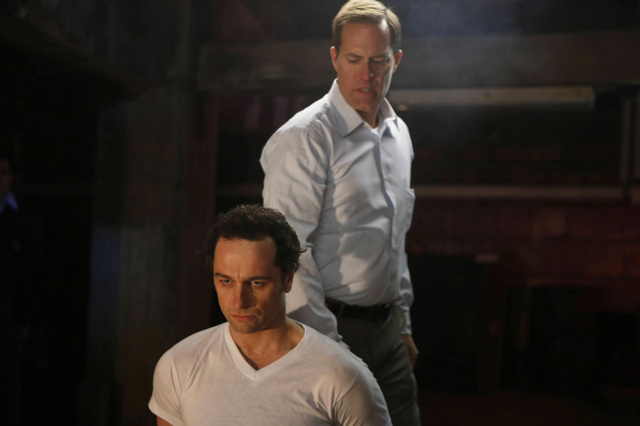 I suspected after 15 minutes of watching that the Jennings’ torturers might not be as angry as they appeared to be and my suspicions were confirmed, when just before Elizabeth got the dunk treatment, Claudia stepped out from the Shadows and revealed the Soviets were behind the whole affair.  The Soviets were so desperate to find the mole that they went after the agents closest to the leaked information first – Elizabeth and Phillip. Phillips was livid, but Elizabeth’s cold fury put him to shame.  She actually beat the taste out of Claudia’s mouth and was totally unapologetic for it.  While I cheered for Elizabeth, I couldn’t help but feel afraid for her, because from what we’ve seen of Claudia, she just made a dangerous enemy.  But wait, the emotional roller coaster was not over.

As the couple limped home, discussing the day’s events, Phillip realizes Elizabeth is partly to blame for the amount of torture he was subjected to.  In months, possibly years prior, Elizabeth reported that her partner liked the American lifestyle too much which put the spotlight squarely on Phillip during the interrogation. This realization rips apart the blooming but fragile bond the two agents had begun to form and it appears the two are back to square one – strangers living together.

Meanwhile, viewers also had to watch in this episode as Paige (Holly Taylor) and Henry (Keidrich Sellati) Jennings make some pretty poor decisions.  In episode 2, Elizabeth worried that Paige may not be strong enough or smart enough to survive without her parents and her maternal instincts were right.  Paige in her adolescent defiance decides to hitchhike home with Henry after their mother fails to pick them up from the mall.  She convinces Henry to get in the car with the creepy guy who needed to get to work, but suddenly had time to feed ducks (an inconsistency that Henry pointed out to him) and then in her infinite wisdom also accepts the offer of a beer.

I was literally shouting at the screen at this point like a crazy woman and I just wanted to reach into the television set and shake some sense into that girl. The writers got the desired effect they wanted out of me for sure.  Henry on the other hand, was more like his father, quiet, observant and when the time was right, did not hesitate to take action to protect himself and his sister.  Watching as he held the beer bottle in a defensive position, by the neck like a bat rather than by the body, I knew that everything was going to be okay. I hope someday soon, Henry confides in his father the goings on of the day, because Phillip and Elizabeth really, really, really need to know what happened.

On the FBI end, Nina is frantic- the hunt for the mole is more intensive than ever and she is now the full-time mistress of Vasili the resident. Her life has become a living hell. When she meets with Stan, Nina begs him to get her out of the agency because she is so afraid that she will be caught any minute. Stan seeing how panicked Nina is decides to use the Soviet’s paranoia to his favor and expertly sets up Vasili.  It was rather unfortunate though, because Vasili’s crime was being a dirty old man, and not a traitor to his country. And here’s the other thing, so now how’s Nina going to get information?  In protecting Nina, Beeman inadvertently removed her sole source of pertinent information.

In next week’s preview, we see Arkady (Lev Gorn) sitting in Vasili’s chair which leads us to believe he’s the new resident.  Is Nina going to warm up to him? I don’t think she’s going to be very successful with that.

Life in 1983 is about to get more frenzied. FBI agents are killed and Agent Gaad (Richard Thomas) is on the warpath. Meanwhile, it’s showdown downtown between our badass Soviet lady agents. Claudia and Elizabeth are at odds and it doesn’t look like there’s any love lost between them.  And who’s that mystery lady Phillip is kissing? So many questions, too much time between episodes!