Given that the FBI has screwed-up the investigation into Joe Carroll (James Purefoy)’s cult on every level, and that Carroll and his followers have scored major victories and killed lots of people while the FBI’s victories are relatively minor, Washington is taking a stronger hand in the investigation.

Ryan Hardy (Kevin Bacon) is considered to be integral to the investigation, but too much of a wild card, so Agent Parker, (Annie Parisse) no longer in charge of the task force, is demoted to being Hardy’s babysitter. 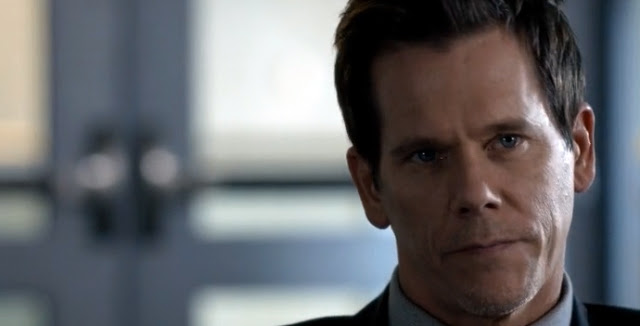 We finally get back to Jacob (Nico Tortorella) and Paul (Adan Canto) who have been absent the last few episodes. They’re hanging out at Jacob’s parent’s house in the country, where the police haven’t thought to look. Paul is dying, and Jacob’s mother (Jayne Atkinson) is a nurse, so when she discovers them there she tends to Paul’s wounds even as she is upset that her son is running around with serial killing lunatics. 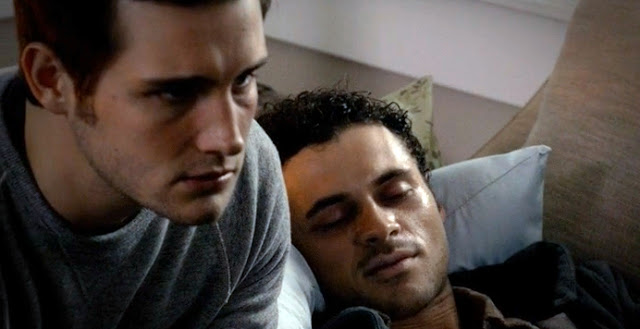 Jacob convinces his mother that he hasn’t ever killed anyone, and we flashback to his first killing with Paul, where he wimps out on killing an innocent woman in the trunk of a car. Paul keeps Jacob’s not being a killer a secret, but tells him that he owes a favor in the future. Paul calls in his favor when he asks Jacob to kill him, which Jacob does. Now he’s a full fledged killer.

Meanwhile, back at Joe Carroll’s compound, where every day seems to be a party, Joe catches up with Amanda Porter (Marin Ireland), who has a great idea for getting Joe Carroll and his estranged wife Claire Matthews (Natalie Zea) back together. Her plan is to kill other women named Claire Matthews, forcing Claire to come out of hiding to prevent these deaths. 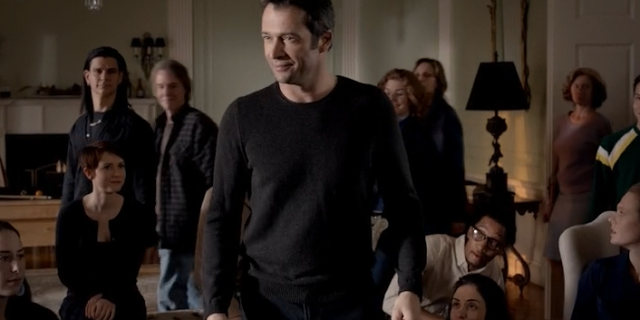 Amanda does this by speargunning a woman in a diner, pining her to the booth, then tossing another Clair Matthews out of her tenth floor apartment. She tracks a third Claire Matthews to a party, but by this time Ryan Hardy is on her trail, and though Amanda has a nail gun to the girl’s head (and by the way, nail guns don’t work the way they are shown to in this episode) Ryan manages to take Amanda Porter alive and save the third Claire Matthews. 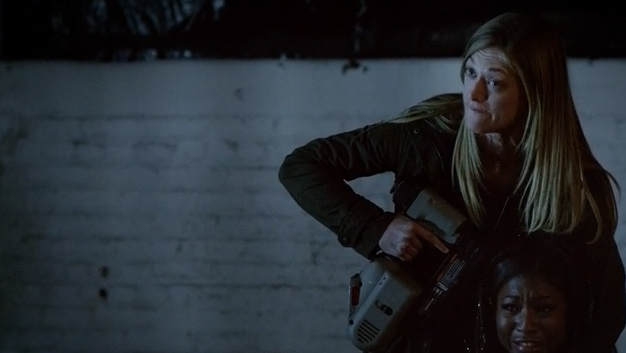 Along the way Hardy shoots Louise, one of Carroll’s followers, who was sexually involved with Roderick (Warren Kole), Carroll’s second-in-command. That scene surprised me, I didn’t think we would dispatch Louise so nonchalantly, but the show does twist and turn and surprise at times.

Emma (Valorie Curry)’s relationship with Joe Carroll has Joe doubting himself. He doesn’t want his indiscretion with Emma to become public knowledge. Roderick knows, and he also knows that Emma has been ducking Jacob’s calls on her satellite phone, making it impossible for him to join the rest of the cult. 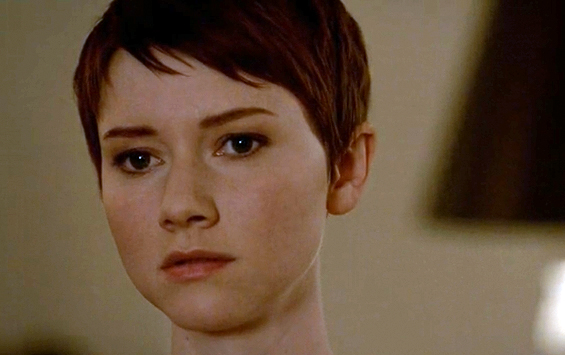 Roderick doesn’t like Emma much, and he emails Jacob and gets him to the compound, much to Emma’s chagrin. Roderick is making some big moves. I think he wants to supplant Joe Carroll as the leader of the cult. A true psychopath, he doesn’t care one bit that Louise is dead, even though they were involved.

So there we have it: A couple of major deaths, the plot jerks forward slightly, and the series moves towards it’s first season cliffhanger.