After years in prison, serial killer Joe Carroll (James Purefoy) has escaped and is finally reunited with the son he has had kidnapped by his followers.  Joey Jr. (Kyle Catlett) isn’t quite sure of his dad, and Carroll tries to convince the boy by saying he has the ability to be “a rather cool and fun guy – uh, dad,” in his creepy English accented serial killer way. 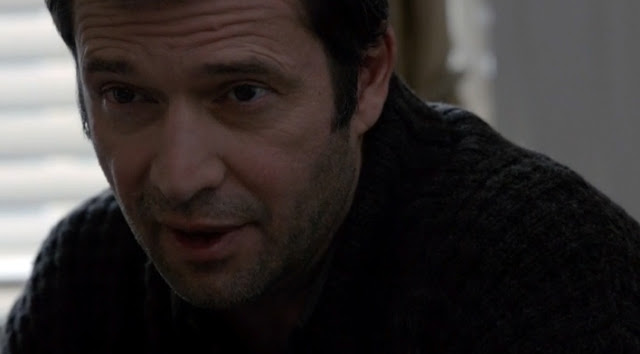 No wonder the kid has no lines this episode.

What is he going to say?

Emma (Valorie Curry), who kidnapped Joey Jr., is worried about her boyfriends, Jacob (Nico Tortorella) and Paul (Adan Canto), who escaped from the farm but haven’t been heard from since. That’s okay, because she spends the episode trying to seduce Joe Carroll, who claims until the bitter end that he loves his wife, who he failed to have kidnapped along with his son. 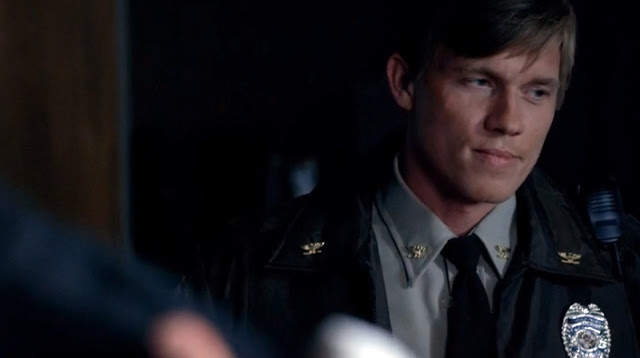 We finally meet Roderick (Warren Kole). He’s the sheriff of whatever little town the Followers have established their base of operations in. He’s also Joe’s first student, which we get to see in a grisly and disturbing flashback when Joe instructs a younger Roderick in the fine art of killing. Carroll went on to claim responsibility for two of Roderick’s murders, freeing the little psycho up to commit more heinous crimes. He’s been in charge while Carroll’s been in prison, and he’s starting to bristle under the new leadership now that Joe is free. 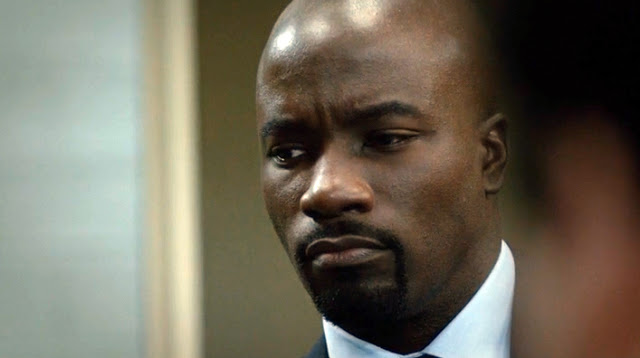 In the wake of Carroll’s escape the FBI has put Nick Donovan (Mike Colter) in charge to oversee the investigation. Donovan tries to take the reins of this out of control investigation, but he’s like a new engineer taking control of a train gone off the rails. Right away he gets nowhere interrogating a suspect who will only talk to Ryan Hardy (Kevin Bacon). 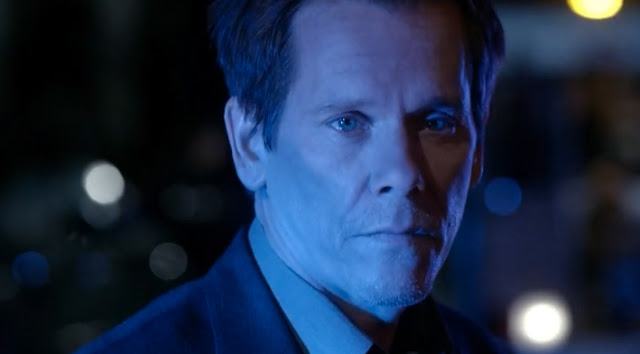 David (Arian Moayed), who Hardy tortured Dirty Harry style last episode, gives out no useful info, spending his time “paraphrasing Ted Bundy” but he does manage to to bite his own hand between the thumb and index finger, extracting a yanked tablet which he uses to kill himself in a bloody, seizure inducing death. 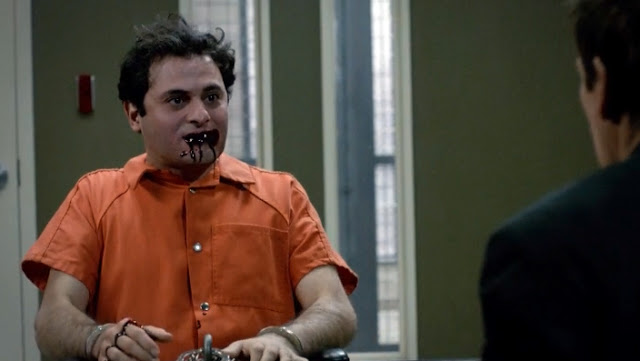 Mike Weston (Shawn Ashmore) is sent home early for hacking the new FBI guys email, (which in real life would get him fired and brought up on charges) and is immediately kidnapped by Charlie (Tom Lipinski), Roderick and Louise (Annika Boras). They torture him by having Charlie beat him to a pulp with fists and metal rods. They want to know where Claire is being held. 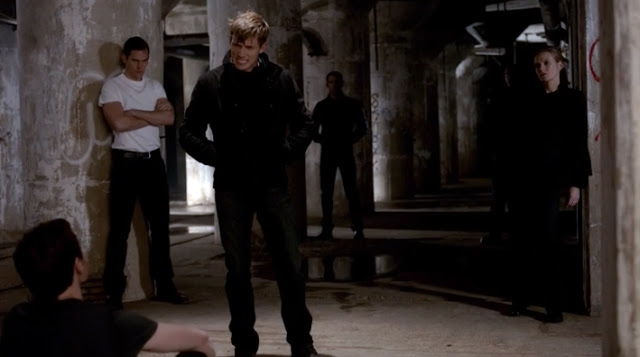 Mike holds out, and as he is stabbed by Charlie, Ryan bursts in with a
hail of gunfire, downing five of the followers but of course Roderick,
Louise and Charlie escape.

Mike is rushed to surgery, and it looks like
he’ll pull through. 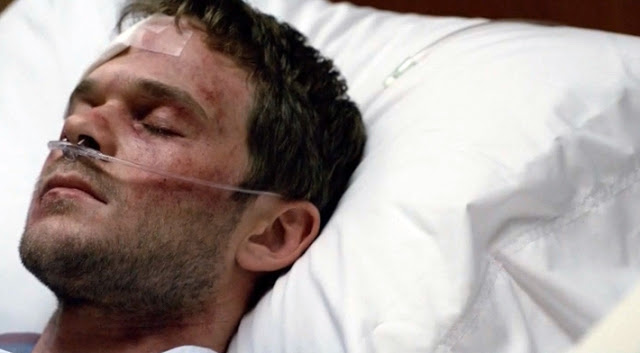 But Charlie failed to beat the info out of Mike, and this is his second failure. he offers himself up as a sacrifice to Carroll, and Carroll kills him on a sheet of plastic in his study.

The episode closes with Roderick and Louise engaging in some rough, psychopathic sex while Emma finally manages to seduce Carroll in a more tender bout of love making.

Roderick is unhappy with being second-in-command, which begs the question that lies at the heart of this show: How do you maintain dedication among psychopaths who only care about themselves and their own desires?