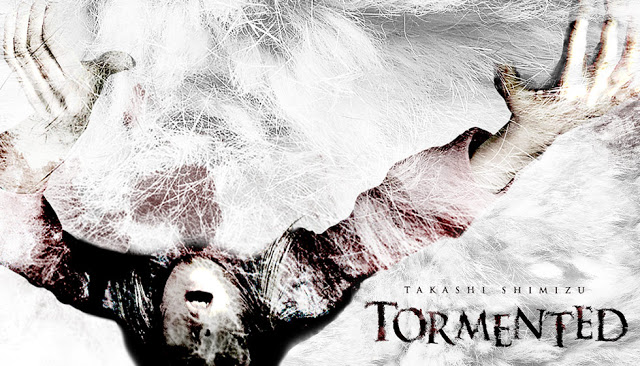 Daigo doesn’t speak anymore. Not since he killed that rabbit on the playground at school. His sister, Kiriko, is worried. He’s bullied. He sleepwalks. And their father is no help, trapped in his own grief and illustrating fantasy worlds where families are happily reunited and no one dies.

They never should have gone to that 3D movie. The one with the stuffed rabbit that floated out of the screen. Now Daigo is missing. He’s in danger, and Kiriko will have to follow him into a world of nightmares to discover the truth.

And the truth is worse than any dream.

From the legendary director of The Grudge, Takashi Shimizu takes an unflinching look into childhood fears, the ties that hold a family together, and bloody secrets that won’t stay dead.

To enter, please send an email with the subject header “TORMENTED 3D” to geekcontest @ gmail dot com and answer the following question:

Director Takashi Shimizu remade his 2002 film Ju-On as The Grudge in 2004. Which Vampire Slayer starred in the lead role?