Look, I know there was a bunch of other stuff that happened this week, but that Daenerys (Emilia Clarke) scene at the end of the episode is the best of the season so far and I could easily just focus on that scene and then write “Excellent, A PLUS PLUS PLUS PLUS PLUS!” like in the dream sequence from A Christmas Story right now.

How badass was Khaleesi buying the Army of the Unsullied, revealing that she spoke High Valyrian all along, and then ordering the army and her dragon to attack all the slavers?

I will answer you: Very, very badass.

The looks on the faces of Jorah (Iain Glen) and Barristan (Ian McElhinney) (which basically translated to, “We have certainly backed the right horse in this GAME OF THRONES”) were sublime.

I wouldn’t want to be in, well, anybody else’s shoes right now. 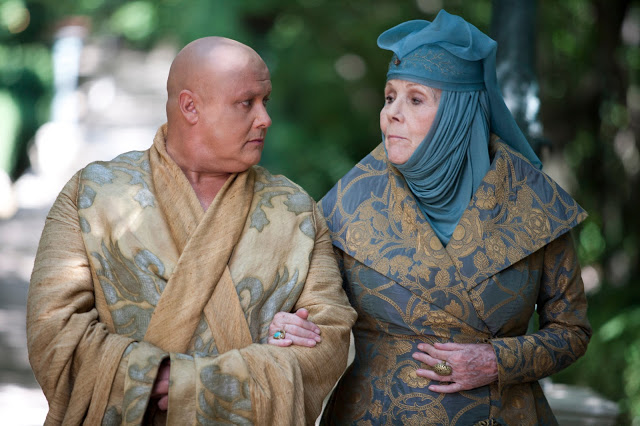 UNLESS of course, those shoes belonged to Margaery Tyrell (Natalie Dormer) – House Tyrell continue to be the ones to watch in King’s Landing – Margaery and her grandmother, Lady Oleanna (Diana Rigg), are up to all kinds of shenanigans this week: planning a marriage between Sansa (Sophie Turner) and Loras (it says something about Sansa’s predicamanet that marrying her off to Margaery’s brother, whose predilections clearly reside elsewhere, is basically the best thing that has happened to this character in a season and a half), touring wedding chambers, and sassily complaining about needlepoint.

Margaery even manages to convince the unwashed masses of the Kingdom to cheer goddamn Joffrey (Jack Gleeson is really great at playing someone that inspires hatred in the show’s audience, at least.) 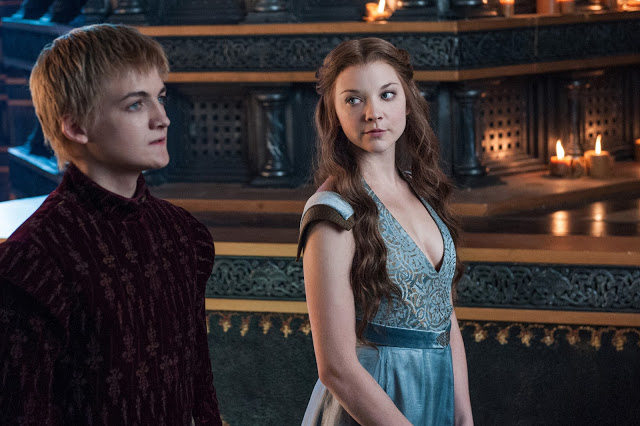 Teaming up with the Tyrells? Lord Varys (Conleth Hill), who hasn’t been up to much so far this season.  This week that gets rectified as we learn his origin story (a nice monologue for Hill with a very cool reveal at the end), see him banter with Tyrion (Peter Dinklage) and Lady Oleanna (“What happens when the non-existent bumps against the decrepit? A question for the philosophers.” is the line of the week.), and hatch the Sansa Stark marriage plan to vex Littelfinger. 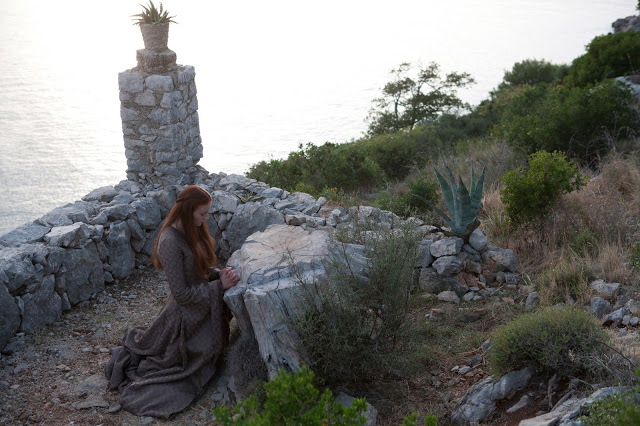 Arya Stark (Maisie Williams), meanwhile, shows some serious moxie while a captive of the Brotherhood Without Banners.  We’re reintroduced this week to their leader, Beric Dondarrion (David Michael Scott, last seen in season one being sent out on a mission by Ned Stark), who puts Sandor “The Hound” Clegane (Rory McCann) on trial.  Arya gets to call The Hound out for killing her friend Mycah in season one (there were a lot of season one callbacks in general this week) and a trial by combat is set for, I assume, next week’s episode.

North of the Wall, a rogue faction within the Night’s Watch have revolted against Lord Mormont (James Cosmo), killing him and Craster (Robert Pugh), and raiding Craster’s home for food and shelter. Samwell Tarly (John Bradley), escapes with his young crush Gilly (Hannah Murray) and her son (actor unknown) by running into a cold forest filled with ice zombies, which is fairly standard for one of Sam’s plans.

Jaime Lannister (Nikolaj Coster-Waldau, the spelling of which I had to look up), still captive of Stark men and now missing a hand (which he’s forced to wear around his neck like a jaunty piece of flair), is probably having the worst week of anyone on the show. 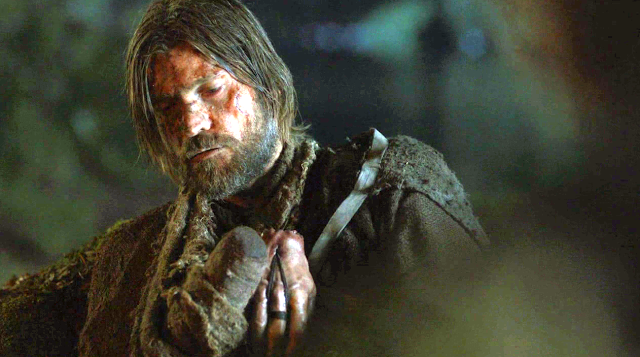 Remember when everybody hated Jaime?  Now even Brienne (Gwendoline Christie) feels sorry for him and has to give him little pep talks.

Wait, Theon (Alfie Allen) is having the actual worst week – his savior from last week’s escape was playing him for a chump all along and returns him to his torture cell, presumably as revenge for forcing him to listen to that long speech about choices.

Oh, and Bran Stark (Isaac Hempstead Wright) has a dream about being pushed out of a tree.  I don’t know where this plot is going, but I would easily sacrifice it for more scenes of Daenerys getting all Khaleesi up in everyone’s face because goddamn. 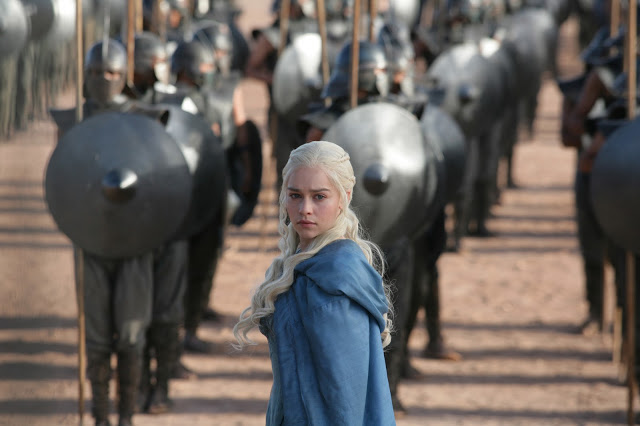