Last night’s episode of Mr Selfridge may have dealt largely with the Suffragette movement sweeping through England in the early years of the twentieth century, but it’s the reactions of the men in the series that I want to discuss in this post.

Last night we got to see the men of Selfridge’s department store behaving badly, sadly, and gladly. 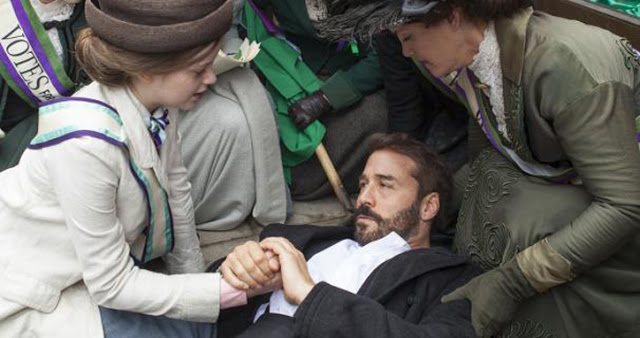 For ninety percent of the episode our titular character, Harry Selfridge (Jeremy Piven), lay in a coma, while those around him struggled to keep the store up to its usual high standards and think like Harry would, as well as deal with a scheduled – and potentially violent – Suffragette demonstration all along Oxford Street.

What was most interesting to observe was how most of the men on the show rose to both occasions with real aplomb, and how two potential disasters (Harry’s death and a violent confrontation in the store) were averted by the love and support Harry has engendered in his family at Selfridge’s. 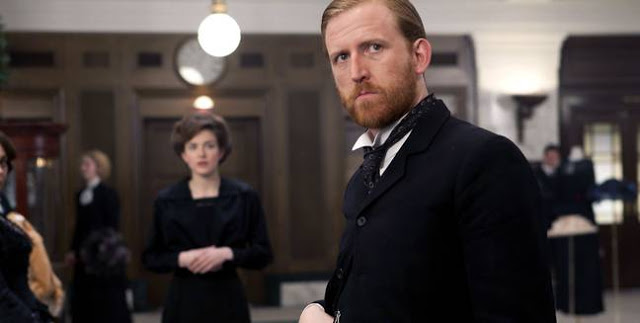 Mr Grove (Tom Goodman-Hill) is one of two exceptions, and while his anti-Suffragette behavior cannot be excused by the death of his wife, it has colored all his decisions and actions with grief. Putting on a brave face, he returns to the store determined to act as Harry’s replacement, much to the worried dismay of his lover, Miss Mardle (Amanda Abbington). His stubbornness makes an enemy of the spiteful Lady Loxley (Katherine Kelly) when he cancels her weekly Tuesday Suffragette luncheon, and his refusal to think of how Harry would handle things results in near-disaster for the store. 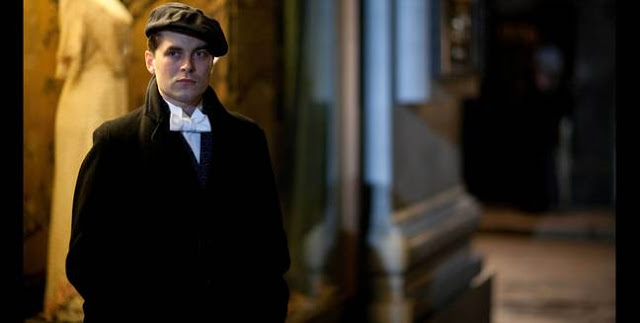 The other exception is Victor Colleano (Trystan Gravelle).

Having come to the conclusion that Agnes Towler (the wonderful Aisling Loftus) is in love with Henri Leclair (Gregory Fitoussi) and not him, Victor has become Lady Loxley’s lover in an attempt to get ahead, and, one suspects, indirectly channel his hurt at Agnes’ perceived rejection in an unhealthy direction. 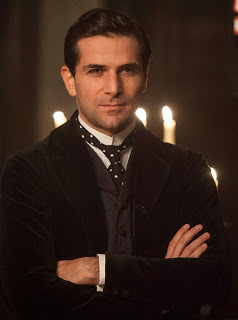 There is no doubt that when their affair ends –and given Lady Loxley’s fickleness, it will end – it will have a very sordid, messy aftermath.

I hope not, as Victor is handsome and likeable, and his affection for and respect of Agnes is palpable and sincere.

Despite his sometimes-questionable choices, he is still a good guy.

Henri, meanwhile, is continuing to win me over and charm my pants off with his sincerity, kindness, and sweet affection (The French accent and the fact that he is absolutely gorgeous doesn’t hurt.).

His quiet confession of his feelings to the gentle and kind Agnes was a real emotional highlight of the episode, and despite Victor’s affection for Agnes, it’s Henri we are all rooting for. 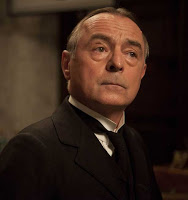 Mr Crabb (Ron Cook) was the real heart and soul of Selfridge’s this episode.

His gentleness, calmness, and clarity led to his entire staff’s respect, the saving of the store from negative publicity and physical damage, and of all the characters in the series, his compassion and care of Harry’s vision really proved him to be just as essential to Selfridge’s as its founder is.

In the end Selfridge’s employees did their employer proud, and as the still recovering Harry reached out to his Suffragette daughter Violette (Freya Wilson) in front of his store window supporting the movement, one couldn’t help but feel that Harry, despite past misbehaviors and poor decisions (and surely more to come on both counts), has a lot to be proud of.

He is, for the most part (to paraphrase his son, Gordon), a man behaving very greatly indeed. 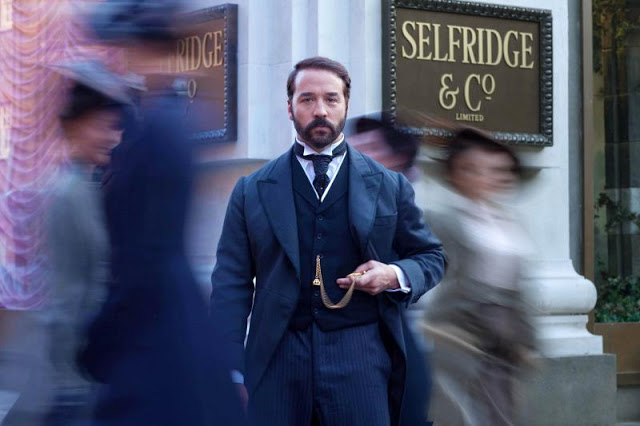 For more on this episode of Mr Selfridge, visit https://www.pbs.org/wgbh/masterpiece/programs/series/mr-selfridge/

In this article:Let It Warm Up, Mr. Selfridge, TV Review, Written by Christopher Cerasi