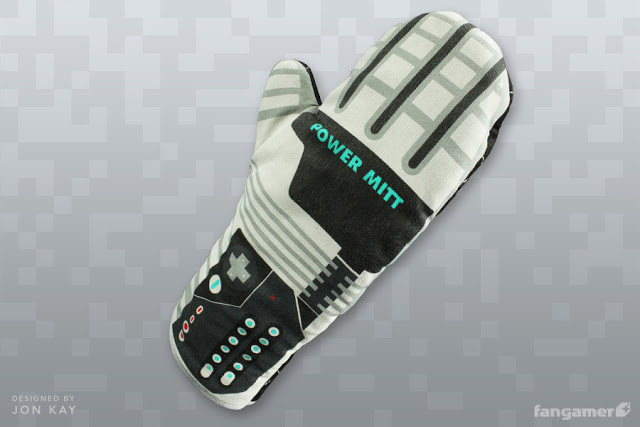 Okay, so technically the Power Glove was a Mattel product, but those who slipped one on back in 1990 didn’t care who made it, they just wanted the damn thing to be as cool as it looked in the commercial (alas, it wasn’t).

But for those of you who were filled with deep disappointment over the sub-par performance of the Glove, you can now rectify that feeling by slipping on a Power Glove Oven Mitt and well…taking various baking pans from a hot oven without burning yourself.

Granted, it’s not as awesome as playing on what was essentially a low-functioning Wii controller 16 years ahead of its time, but at least it frakking works like its supposed to.

Hell, why not wear the Power Glove Oven Mitt while holding a Wii controller, that way you can relive the experience in a more satisfying way.

Not a bad idea…

Commercial for the oven mitt after the break.