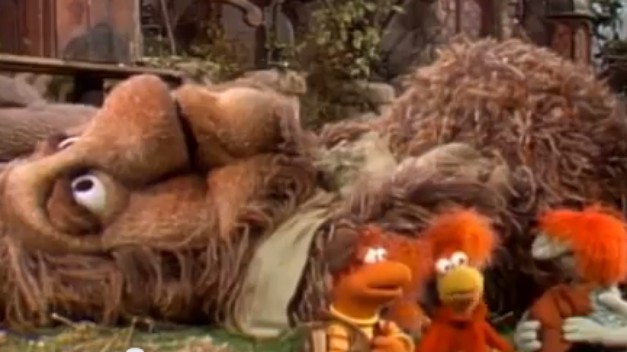 Heavy topics like death usually show up in a children’s show only when a beloved character has died or the need to educate the young ‘uns is sparked by some national tragedy that only Big Bird can properly explain to the 3-6 year-old crowd.

But in the case of Fraggle Rock, the main characters, the Doozers, the Gorgs and even Marjory the Trash Heap are all obsessed with death and dying as if they were born straight from the mind of Woody Allen (I always picture Boober as Alvy Singer so the comparison fits).

In fact, nearly every episode contains references to dying, being killed or wanting to kill something which leads one to question whether or not the entire show was written by a Death Fetishist who just so happened to love puppetry.

Things really are dark down in Fraggle rock (clap, clap).

In this article:Death, Fraggles, Supercut, Watch This

Five Years After My Father’s Death, A Talking Heads Song Gives Me Peace

It’s the first night in August, and I’m standing on the stage of my favorite bar, Troupe429 in Norwalk, CT. I’m dressed in a...