Oz the Great and Powerful, they say?

Meh, I say. More like Oz the Dull and Feckless.

Director Sam Raimi’s trip back to the Emerald City dazzles and sparkles in parts, but only intermittently and never with any true emotion.

In fact, so many things have gone horribly wrong in the Land of Oz that it took me a while to register this as a smudge on Raimi’s resumé. 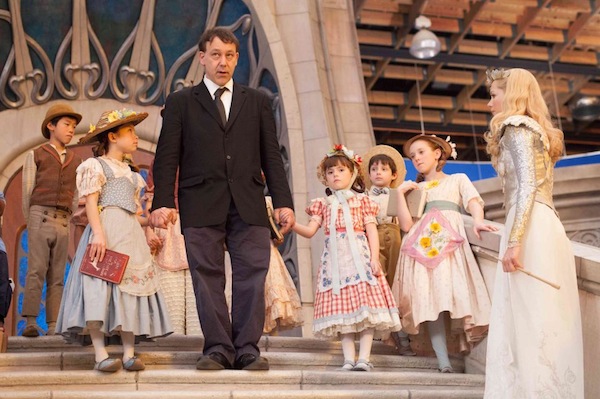 Beyond the overreliance on CGI effects, a dull screenplay and Mila Kunis’ crucial and atrocious performance, what truly astonishes me is how GENERIC the whole affair feels. Oz reeks of corporate meddling and board-table rewrites and is sorely missing the telltale zing of Raimi’s most rambunctious and influential films. Aside from a few signature jerk/zoom camera gesticulations, pretty much ANYONE could’ve directed this movie.

Alas, the mere fact that the finished product has grossed a half billion dollars worldwide guarantees we’ll likely get sequels offering more of the same.

To ease the sting of this thought, here are a few of my favorite picks from Raimi’s more glorious days, all of them recommended to wash the bitter taste of Oz the Great and Powerful from any offended palate.

Evil Dead 2: Dead by Dawn (1987)
Raimi’s Evil Dead sequel/remake is perhaps the purest and grooviest expression of the director’s kooky sensibilities: the movie loosely adheres to the laws of physics and is replete with in-your-face camera aerobics, gallows humor, slapstick antics, gore galore, and a wonderfully unhinged performance by the incomparable Bruce Campbell.

Darkman (1990)
Raimi’s first big-studio Hollywood film—essentially a glorified B-picture revenge tale with a bigger budget and a grander production design—is probably even more influential than its fans give it credit for. Notable that it’s NOT based on a comic book series, the film nevertheless looks and feels and breathes like a cinematic comic strip, and its macabre R-rated tendencies were a precursor to the more daring fare we’d eventually see in grittier graphic novel adaptations like Sin City, The Dark Knight and Watchmen. Plus, it’s a gas to watch young Liam Neeson go completely badass in a demented and touching dual performance.

The Quick and the Dead (1994)
Sharon Stone caught a lot of flak for this one, but credit is due: the film likely would not exist without her post-Basic Instinct clout. Raimi’s devious ode to the Old West is a rip-roarin’ yarn of good old-fashioned retribution and redemption, with purty Stone seeking revenge against Gene Hackman for the death of her pa. Russell Crowe, Leonardo DiCaprio and Lance Henricksen round out the sturdy supporting cast. The movie zooms along at the speed of a runaway stagecoach, and just about every scene contains a signature Raimi curlicue that showcases the filmmaker at the height of his craft and having a darned fun time.

A Simple Plan (1998)
Barren, wintry landscape—check. Eclectic characters—check. Bag of money, seeds of mistrust, and a scheme gone tragically awry—check, check, and check. Yes, Raimi’s low-key drama/thriller feels a lot like the Coen Brothers’ Fargo and plays like its spiritual cousin minus the quirkiness. Considered at the time to be a stretch for Raimi because this is an entirely character-driven piece devoid of the cartoon flourishes so typically abundant in his previous movies. Contains perhaps the biggest role yet for a frequent Raimi prop: that familiar yellow 1973 Oldsmobile Delta 88.

Spider-Man 2 (2004)
If you like your comic book sagas dark and brooding, The Dark Knight is the game-changer, and the basis of all “serious” superhero movie comparisons. If, however, you prefer lighter and nimbler comic book fare, Raimi’s spectacular follow-up to his solid but underwhelming Spider-Man is the gold standard. Only Iron Man and The Avengers have since managed to equal it in spirit and execution. The corporate meddling one can detect in the first Spider-Man would return to hobble the overcrowded third film, but for Spidey’s second spin, Raimi and company totally knock it out of the ballpark.