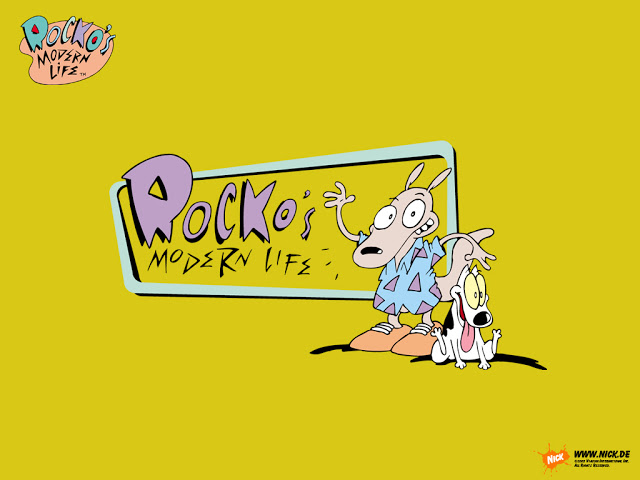 Rocko’s Modern Life premiered on the Nickelodeon channel in 1993 and continued on for four seasons bringing with it sexual innuendo, buried dick and ass jokes and even biting social commentary all disguised as a kid’s cartoon. And, for someone who had just left their teen years behind and was hip deep in trying to look as if she were smarter and more complex intellectually than any of her peers, this show was perfect for her (not that I’m talking about myself or anything…let’s move on).

Besides, the B-52’s did the theme song so of course the show was awesome.

For those of you unfamiliar with the premise, here’s a little taste: Rocko is a Wallaby who moves to America to start a new life in city of O-Town where he makes friends who try and teach him how to be a good person. Yeah, it sounds mundane but believe me, it’s not. The show is filled with such thinly veiled adult humor that, looking back on it now, you have to wonder if anyone at Nickelodeon was paying attention.

After the break are 40 of the dirties jokes that appeared on the show and, if it whet your appetite for gross-out humor, it’s available on Netflix.

I highly suggest making up a drinking game for it.