The FBI gets their hands on more information about Directorate S – The Jennings’ spy couple, yet thanks to the dedication of two Soviet nationals, the Soviets appear to have made moves the FBI don’t even know about.

On the FBI side, Viola (Tonye Patano), the dutiful housekeeper from episode two who planted the bug in the home of her employer, has been living in her own personal hell cleaning the clock that’s been bugged.

Finally unable to take it anymore, she informs the FBI who decide to use the bug to feed the Soviets potentially false/misleading information. 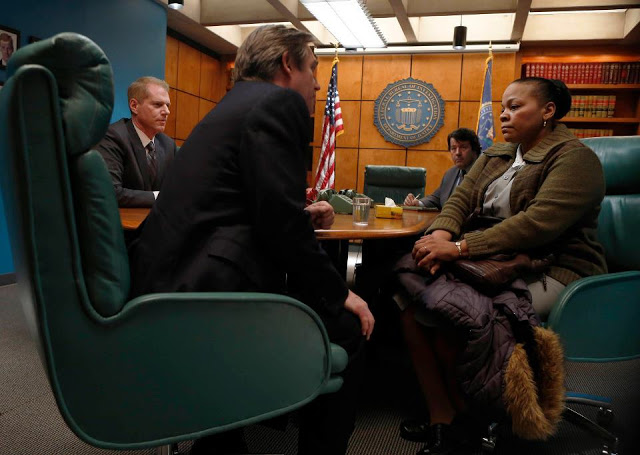 What a big coup for the FBI! Thanks to all the contact the two Directorate S agents had made in the past few months, the FBI has been able to compile composite drawings of them and is slowly piecing their identities together.

But the Soviets also had their streak of luck this week.

Thanks to a jittery Sanford Prince (Tim Hopper) the KGB’s newest contact in the US Nuclear Ballistic program, there’s information for sale to the KGB about the latest and greatest on what the US is doing in the program.

Elizabeth (Keri Russell) is highly skeptical of the information and even more dubious when Claudia (Margo Martindale) directs her to get the information and make contact with Prince’s contact – a supposedly disillusioned colonel high up in the program. 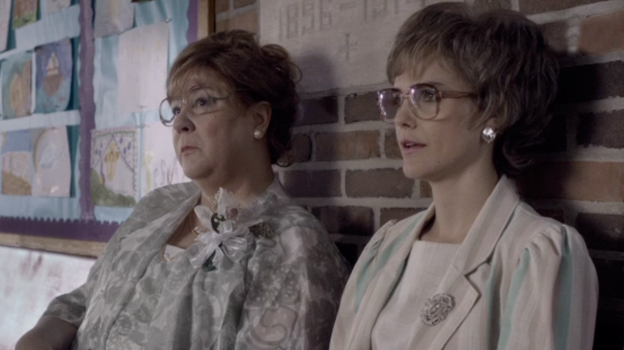 The information Prince provides is so good, the Soviets are eager to get their hands on more, but to our two agents – it just smells too good to be true.  These two have been to the gingerbread house in the woods and they know sometimes, something evil lurks behind the delectable door. And thanks to the high risk orders, truth-seeking tactics and little mental manipulative games Claudia’s played on Elizabeth, the trust lines between Claudia, Elizabeth and even Phillip are virtually non-existent now, but the two don’t appear to have much of an option but to follow Claudia’s lead as her directives are backed by the big bosses back home.

Still on the Soviet side, Nina takes a solemn oath with Arkady (Lev Gorn) to solemnly serve the Soviet Party, protects its interests and the homeland. 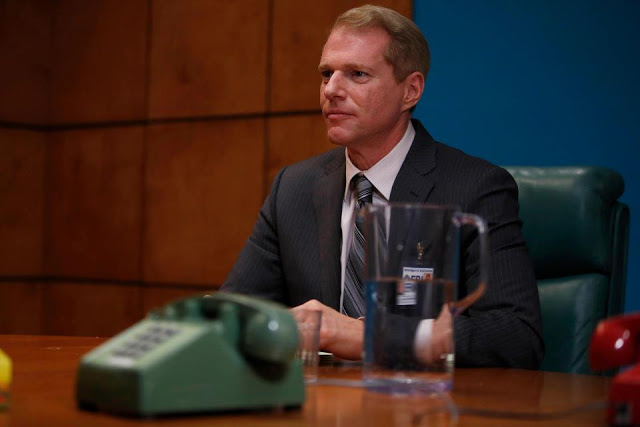 This oath and catching Stan (Noah Emmerich) off guard in his lie about not killing her friend Vlad, appears to have broken Nina of Stan’s spell because she turns herself into Arkady as the mole in the organization – I did NOT see that coming at all! Now she wants to redeem herself and possibly avenge Vlad. I expect Stan is in for an embarrassingly nasty surprise in next week’s finale.

Still on the Soviet side, Clark marries Martha.

Yes, you heard me right, Phillip (Matthew Rhys) takes the plunge and asks for Martha’s (Alison Wright) hand in marriage. 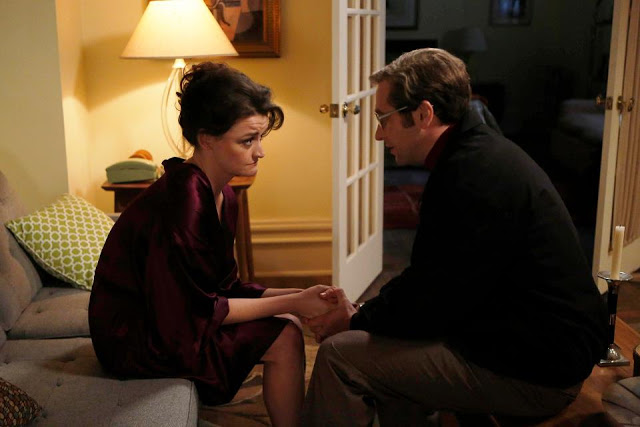 This was all a ploy to get her to plant a bug in Agent Gaad’s (Richard Thomas) office – which worked by the way. But who cares? Martha’s happy and Phillip’s happy as well. My instinct is that Agent Clark Westerfield is not long for this world, and if Claudia has anything to do with it, neither is his bride. But for now, throw some rice on the happy couple!

And speaking of couples, things are incredibly awkward between Phillip and Elizabeth. 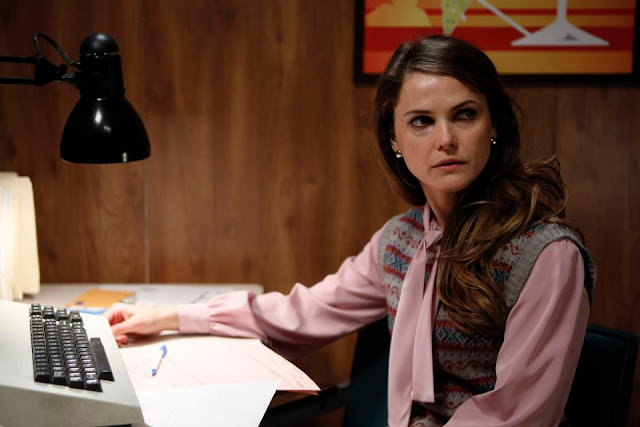 It’s clear that Elizabeth, now calm and rational, realizes that she really does care for Phillip and wants him back home, but Phillip seems to be at peace with moving on. My gut tells me that Phillip is just waiting for Elizabeth to say the word and he’ll be back home lickety-split but he’s also really selling this moving on bit so who knows?  The bottom line is that while I know that they are spies and the stakes are higher for them, both of them are struggling with not being vulnerable to hurt and that struggle is a universal one amongst all couples going through strife.  I wish I could find the number of the marriage counselor Mr. and Mrs. Smith went to, I think they could use the help.

So this week, Three KGB coups to the FBI’s one and a quarter – I’ll give them some credit for the sketchy composite drawings.

Things will come to a head next week and I can’t wait to see what the fallout is going to be.