This week’s episode of The Americans picks up right after Elizabeth (Keri Russell) and Phillip (Matthew Rhys) dispose of the body of Agent Chris Amador (Maximillian Hernandez).

Both agents are still feeling pretty raw about how everything went down. Elizabeth drops Phillip off at his cozy hotel and suddenly the FBI is knocking at Phillip’s door.

This week I learned that I could not be a spy. Not because I lack the compunction to shoot someone dead (scarily, I think I can do that, especially if that someone is pointing a gun at me), but because I lack the compunction to tell a bold-face lie. I just can’t do it, but these cats on The Americans do it with as much ease and finesse as Julia Child whipping up an omelet. 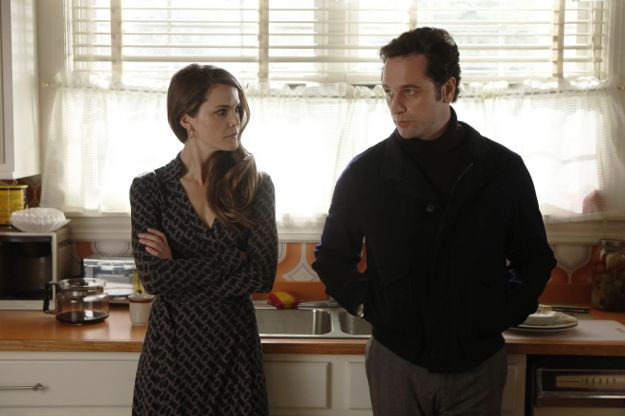 During the hunt to find Amador’s killers, Stan (Noah Emmerich) looks Nina (Annet Mahendru) right in the eyes and lied about not knowing who killed Vlad her friend from the embassy. With no shame or hesitation…

This week’s episode was tough to watch.

Stan Beeman (Noah Emmerich) is completely torn up over the death of his partner and everyone in the Jennings’ household is just so angry and bitter.  The children are coldly rebelling against their mother, Elizabeth is icily railing against Phillip; and Phillip, well Phillip’s living in a dump of a motel room. 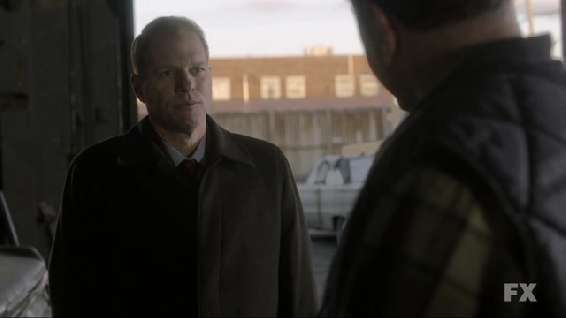 This week, it was Stan’s turn to be emotionally compromised, so much so that he shows up drunk as a skunk at Phillip’s motel room.  It turns out Stan is the face of the ominous FBI agent pounding on Phillip’s door.  Stan in his drunken stupor reveals to Phillip that Amador’s favorite ring was not on his body when it was found.  He reiterates to Phillip the vow Agent  Gaad (Richard Thomas) made to the FBI office – the killers of Chris Amador will be found. With this new information, Phillip and Elizabeth quickly realize that the FBI was not going to give up the search easily and they spread the word. Elizabeth warns Gregory (Derek Luke) who helped them clean up the body to stay low, while Phillip informs Claudia (Margo Martindale).

Unfortunately for Gregory, the FBI get a hit off Amador’s ring – the Salvage Yard Owner (Kevin Nagle) who bought Amador’s car off of his crew found Amador’s ring and tried to pawn it off.  After a bit of strong-armed convincing by Stan and hours of staring at mug shots, the yard owner picks out Curtis (Curtis Lyons). Curtis just happens to be the same agent in Gregory’s gang that tailed Stan and Amador while they were on the hunt for wife of a KGB agent (see Episode 3).

As things start unraveling, Claudia tells Phillip and Elizabeth that Gregory really only has two options, go to Moscow or die.  Elizabeth is sure that Gregory will make the right decision, but Phillip’s not so sure.

Curtis is picked up by the FBI and next thing you know, the FBI is pawing through Gregory’s stuff trying to find a link to him and Chris’s murder.  Here’s the great part, the FBI find something.  The KGB planted enough evidence from the crime scene to nail the door shut on any other option Gregory might have had. 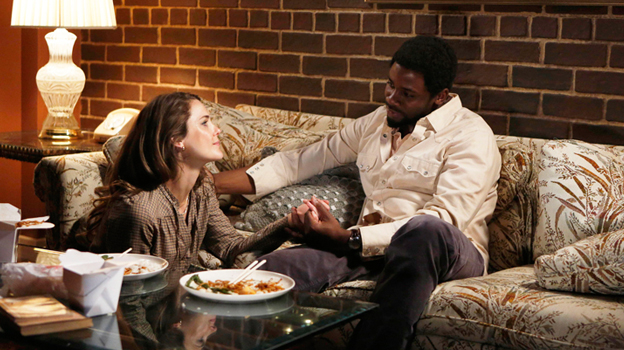 Claudia meets up with Gregory and tries to convince him that life in Moscow would be great for him and even after she informs him of the evidence plant, Gregory is not jumping at the chance to leave the United States.  Everyone one now knows that Gregory is going to have to die and someone’s going to have to kill him to make sure that it is done right.  Claudia asks Phillip to take care of Gregory simply because he was Elizabeth’s first recruit and she couldn’t imagine asking Elizabeth to take care of him. Elizabeth could not take Gregory’s life and it turns out neither could Phillip as Elizabeth pleaded for her friend’s life. Gregory chooses to go out in a blaze of glory, literally as he makes his final stand in a shoot off with the police. 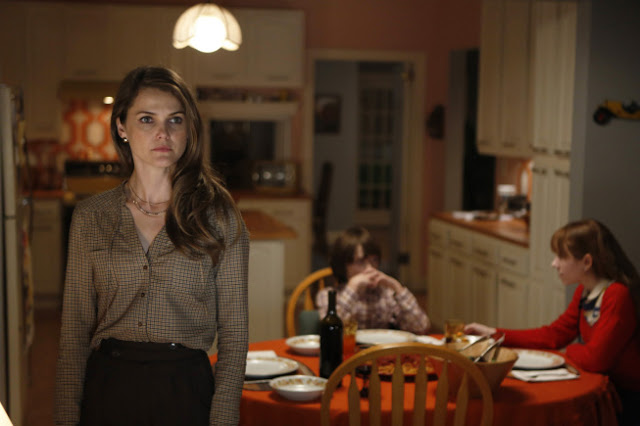 While Elizabeth mourned Gregory’s passing in silent shock at the dinner table with her children, Phillip eating pizza in his hotel room alone again for the night, we see Stan sat silently staring at a shot of Gregory’s corpse with contentment and satisfaction.

It was a crazy week to be a spy.