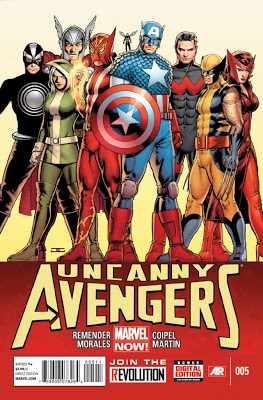 Rogue and Wasp are not getting along; Scarlet Witch feels she should be the leader of this group, Wolverine is recruiting a new member in Japan, and Captain America organizes a press conference in an attempt to keep the peace until Death comes a knockin’.

The assortment of Avenger initiatives have different reasons for being and this one is designed to bridge the gap between mutants and humans. Cap feels he should have done better by mutants and Havok wants to prove to his big brother that abandoning Xavier’s dream was a mistake.

At the press conference, Havok states he doesn’t want mutants to be called the “M” word anymore and says to call him Alex when a reporter asks what to call him.

This topic has engulfed the Marvel landscape for the majority its existence. Rick Remender examines this issue by bringing the political nature of it all to the forefront. While diversity may not be something you would want to read about in a comic book, it is a reflection of the world we live and is pulled off quite nicely. 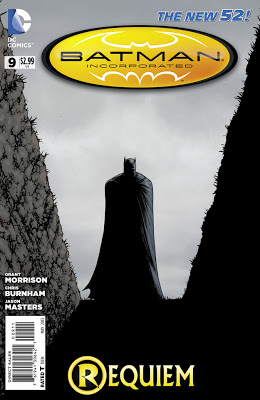 Obviously, everyone is sad but Bruce is addled with a personal loss, and looks as if he can barely hold the coffin. Everyone wants to say something but no one knows how to say it to Bruce.

Robins have come and gone over the years and they all looked at Bruce like a father. The difference is Damian was actually Bruce’s son which makes the day even harder to deal with.

The art team of Burnham and Masters depict these moments so well because it has you feeling a little bit of the agony they are going through. The book goes back and forth between flashbacks leading to Damian’s last moments and his final resting place. Morrison masterfully and slowly elevates tension because like we’ve seen in the past, eventually, Batman is going to snap and take his vengeance.

Knowing that this incident hits home more than any before it makes the tension more abundant for the reader. With three issues left on Grant Morrison’s run on this series, there is little doubt that heads are going to roll like never before and we all get a front row seat 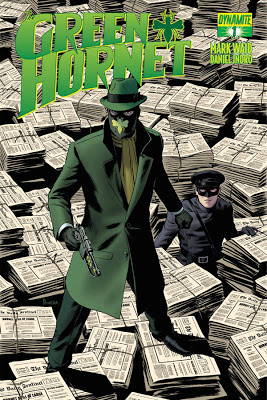 Mark Waid takes his talents to Dynamite Entertainment and….. Yes, the same Mark Waid who writes the critically acclaimed Daredevil series for Marvel and puts together one hell of a Green Hornet book that will keep you enthralled for all 32 pages.

It reads like a great cop show and is more than the usual crime fighting saga. Waid reminds us of who the characters without making it seem your meeting them again for the first time.

This book ignores the other Hornet comics published by Dynamite, which makes it a great jumping on point for new readers. Despite the story taking place in the 1940’s, Daniel Indro art makes everything fresh and new and produces great character work. If pulp heroes are your thing and you want a comic that will make you come back for more, you’ve found it, right here. 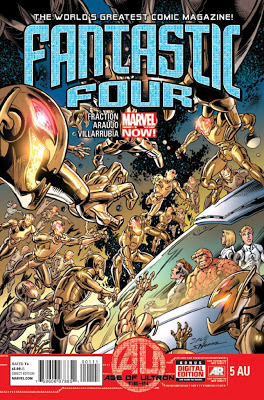 Age of Ultron is one of those disastrous events that has changed the landscape of the Marvel Universe. However, the world is not going to stay destroyed forever.  You know that somehow, the world is going to revert back to its normal self through some cosmic entity of a super-sciencey time travel scenario.

So far, Sue Storm is the only FF member to make an appearance in AU and this issue tells us why. Matt Fraction delivers to his readers an emotional punch in the face as Reed, Johnny, and Ben’s last words to the children via a holographic message is somehow heart wrenching even though you know not only the end result, but you know that result will not last forever. 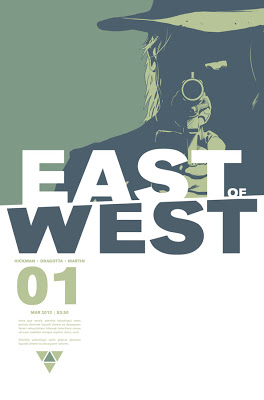 The master of alternate history comic books strikes again, and again. On the surface, East of West is a dystopian western filled with cowboys, Indians, and shootouts.

It’s more than that, though. Aliens, magic, and politics influence everything that transpires as mystery surrounds the missing member of the Four Horsemen of the Apocalypse.

Nick Dragotta’s artwork is the best of the week as it brings a dark sense of wonder to this world. Dragotta’s pencil work knows no bounds and the coloring of Frank Martin exceptionally boosts the imagery at hand.

If you are looking for something new, you’ve found it and if you have heard the hype surrounding this release, believe it.

Think Tank is one of the best comic books on the market today.

It’s ability to be funny, serious, and clever at the same time is devoid of any filibuster and exudes great storytelling due to its superior craftsmanship. Everyone’s favorite slacker genius David Loren has created a weaponized pathogen that can kill the enemy according to the ethnic genetic code it was designed for.

For someone who is always three steps ahead of everyone, he can’t stop getting out of his own way at times, which is fascinating for a number of reasons. Rahsan Ekedal’s art does a great job of depicting facial reactions.

Military personal in particular are the people pulling the strings and are always working some sort of angle.

The cover says “Reading this book will make you smarter” and I think it just might. 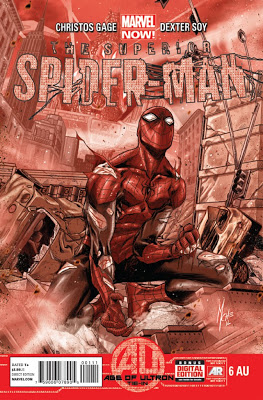 One of the questions that have been on everyone’s mind, as it relates to Age of Ultron, is which Spider-Man are we seeing?

Is it Doctor Octopus or did Peter Parker find his way back to the land of the living along the way to oblivion? Rest assured, the good doctor is still our friendly neighborhood web-slinger.

Christos Gage takes over for Dan Slott, and does an excellent job of putting together a battle of superior artificial intelligence and superior human intellect.

Otto thinks he is the smartest being ever created so naturally, he is the only man for the job and won’t take orders from the likes of Tony Stark.

While it is not the best Superior Spider-Man you will ever read, it is a great tie-in to this mega event and those normally can be ignored. Make sure you read this issue before reading Age of Ultron #3. 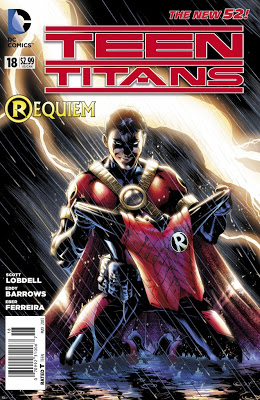 The death of Damian Wayne has driven Red Robin to refocus on the reason why he created the Teen Titans in the first place: to protect super powered teens.

Unbeknownst to the team, Robin is not well and getting worse due to the events of Death in the Family.

He gets a lead on a teen being held captive at Belle Reve and rounds up the team to embark in a rescue mission. They clash with Suicide Squad upon their arrival.

This issue serves as a renaissance for Tim Drake’s character. Sure, he formed the Titans but he was the Robin making the least amount of waves.

Scott Lobdell manages to use Damian’s passing as something meaningful instead of letting it just sit there as a shocking moment.

Tim and Damian have a heartfelt moment regarding the Robin mantle that was extremely well done due to its honesty. Darke is the Robin I grew up with, so it was refreshing to finally see a solid development with the character that could have lasting repercussions with Superboy, Cassie and the rest of the crew.

The twist at the end is one of those “I’m doing things my way and if you don’t like it, there’s the door” type of moments that was uncharacteristic, but a welcomed change of pace. The most likely end game is either a struggle along the beaten path that culminates with a rude awakening or something different that is here to stay.

This is an enjoyable comic book that is as a great jumping on point and will hopefully gain more steam in the months ahead.

Titles that didn’t make the list but may tickle your fancy.

Age of Ultron #3 (Marvel Comics)
Nothing really happens here but is still kind of fun and worth picking up if you want every installment in your collection.

Talon #6 (DC Comics)
Very close to making the list but was missing that little something to put it over the top. James Tynion IV is doing some great work with this series.

Deathmatch #4 (Boom! Studios)
While this is probably the weakest issue of the series, there is still some story progression worth checking out.