Some Girls still stands today as one of The Rolling Stones last incredible album masterpieces.

While they certainly made some outstanding albums afterwards—Tattoo You and Undercover are both high points—there were none that would be so perfectly complete as Some Girls.

Released in 1978 and quickly becoming a #1 album, it is hailed as an across the board classic, and one of their all time best selling studio albums.

Recorded in ’77 & early ’78, the writing and sessions were done amidst a time of even more internal turmoil than usual for The Stones, with Keith Richards’ looming Toronto drug bust a concern as to whether he could be imprisoned for years, and the challenge of responding to punk rock’s ground zero take down of the dinosaurs of many of rock and roll’s giants.

It was the first studio album in years to use more of a stripped down core group of The Stones, which included Mick Jagger, Keith Richards, Charlie Watts, Bill Wyman, and—though he had played on the sessions for the Black and Blue album (he also appeared on the cover photo and toured with them), he was now one of the official boys—Ron Wood.

The melting pot of New York City’s music and fashion scenes were one of the heavy influences on Mick Jagger as he and the band were crafting the songs that would make up Some Girls. 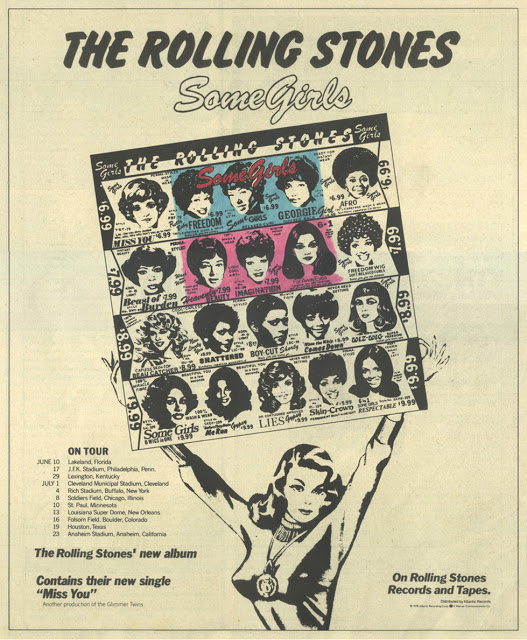 Feeding into the styles of Some Girls would be the nascent rap sounds coming out of the city, the disco that was being enjoyed at Studio 54, the punk, new wave and post punk hybrid music that was a part of CBGB’s and other local new music venues, not to mention the love of American blues, soul, r&b and country that had always been such a huge part of The Rolling Stones celebrated the 70’s greatest albums: Beggar’s Banquet, Let It Bleed, Sticky Fingers, Exile On Main Street, Goat’s Head Soup and It’s Only Rock and Roll.

The Rolling Stones would tour the U.S. for their new album during June and July of 1978, performing at a variety of venue sizes: stadiums, mid-sized venues and smaller theaters.

A staple of The Stones’ live tours would usually be that an official live album would follow, however, until this release (and of course the usual bootlegs that would float around with fans) there was no available document of the ’78 tour. 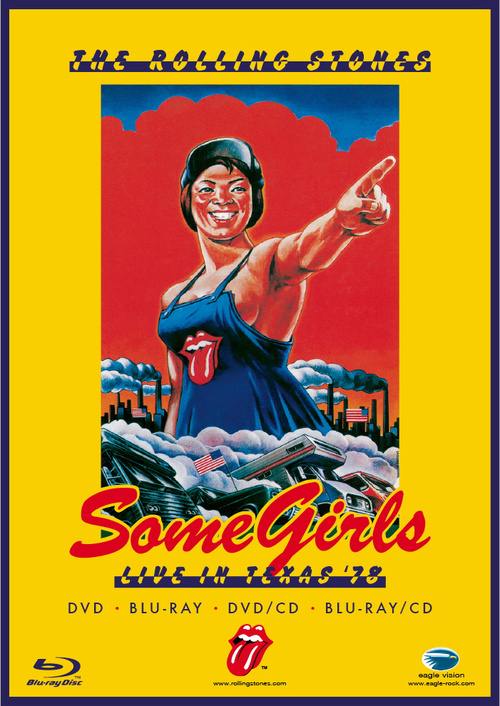 The release of Some Girls Live in Texas ’78 remedies that situation beautifully by finally allowing a look at what many fans (myself included) believe is the greatest of all Rolling Stones tours. Considering the longevity of the band and the years spent touring, that is saying much, but a viewing of this particular show illuminates the reasons ’78 is so highly regarded.

While so many 60’s and 70’s groups floundered in the late 70’s and 80’s attempting to keep up with the kids, Mick & Company answered those who would take them down with a concise, trash rock, all over the place mixture of Rolling Stone rock and roll dirt.

Stripping back from the previous ’75 Tour of The Americas that was a massive stadium extravaganza which included a giant inflated penis and giant inflated lotus flower, here were The Rolling Stones appearing almost as a punk band onstage—lean, anxious and devoid of props.

With only the additions of “the sixth Stone” Ian Stewart on piano and Ron Woods’ bandmate from his Faces days, Ian McLagan on keyboards, the group plays it charged up, passionate and grittier than they had in years. 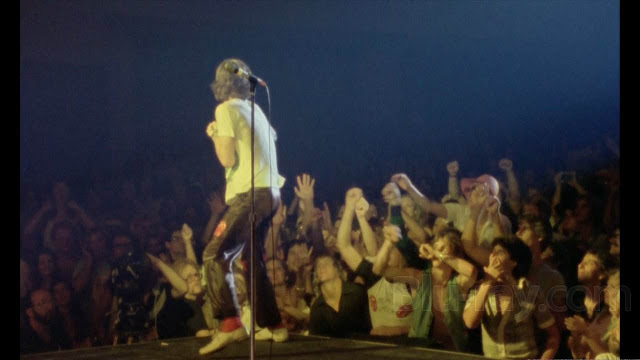 The film was shot on a hot July 18 at The Will Rogers Memorial Center in Fort Worth, Texas. While The Ramones may have been beating on the brat in NYC, the audience shown attending this show is in their full-on Seventies stoner glory, a fun start to the action that follows once the band appears and rips it up.

Playing a perfect set list that included revved-up rockers from Chuck Berry, “Let It Rock” and “Sweet Little Sixteen”  plus selections of key favorites that react well to the super-charged performance, “All Down the Line,” “Star Star,” “Happy” and “Jumpin’ Jack Flash” to name a few, the set has as its center core seven new songs from Some Girls.

“Miss You,” “Respectable,” “Beast Of Burden,” and of course, the inimitable “Shattered” are all dynamically tackled.

Mick Jagger, bearing a “Destroy” punk t-shirt, obviously relished this period and these new songs, as not only does he add to the rhythmic attack by sometimes playing electric guitar, he seems to have turned up his usual energetic stage movements to 11.

In a new interview that is included as a bonus on the DVD, Mick Jagger explains that the band was so new to performing these songs live there was a nervous quality present that perhaps he only picked up on by seeing his bandmates onstage. For the viewer, it translates as a taunt, urgent quality that never once seems sloppy or   as if they are going-through-the-motions, traits that The Stones could sometimes fall into on other tours. 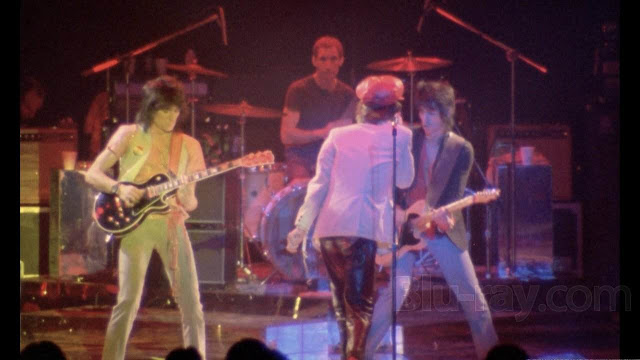 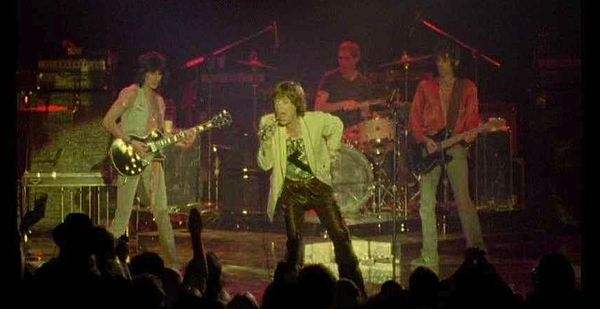 Still though, here is a Rolling Stones show that masterfully embraces a new energy with the comfortable genius of their classic traits. Endearing qualities, both in their stage presence and their performance, that have always made them one of the all time wonders of rock and roll.

Missed much since he left the band in the 80’s, it is a treat to also see Bill Wyman in the band, all eye shadow, glam-rock hair and as usual for him, standing completely still as he gifts the music with the same characteristic badass bass playing that he had played since the band’s early days.

While not thought of as punk per se, now it makes more sense (since The Mekons so brilliantly bridged the gap between punk and country with their classic Fear and Whiskey period of releases) that there is a lot of slide guitar playing from Ron Wood (who also plays some beautiful pedal steel guitar on Mick’s “Bakersfield country homage,” “Far Away Eyes”) and Keith Richards (one of the original proto-punks anyways), who seems to relish his new freedom with a focused intensity, yet staying true to his love of all American roots music.

More fun than you’ll ever have expected in light of how many Rolling Stones’ releases and tours have since garnered huge press. 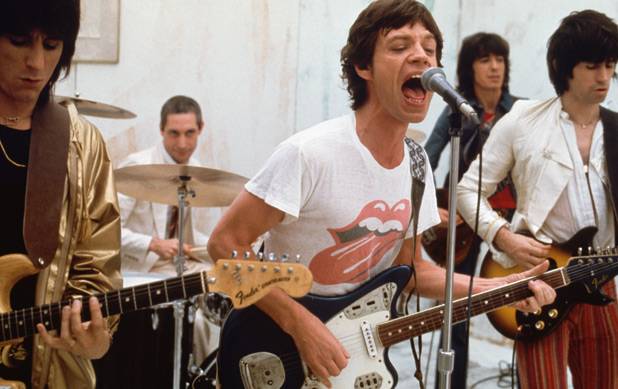 Thankfully, while they are still ongoing in celebrating the band’s 50 year anniversary with a new tour, The Rolling Stones have opened up their vaults over the last couple of years and allowed fans and newcomers to actually experience heretofore unseen greatness as you get here.

The original Some Girls album has been reissued with a slew of newer bonus tracks from sessions they recorded at the time, as well as a number of extravagant box sets that cater to any fan’s happy wallet.

Some Girls Live in Texas ’78 is available in a variety of formats, and I found the perfect one to be the DVD or Blu-Ray/CD combo which not only has the beautiful letterboxed concert film, but an additional audio disc of the same concert. 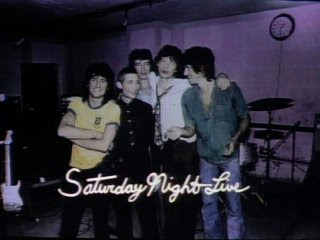 There are some sweet special features on the DVD that include the hilarious Dan Aykroyd SNL/Tom Snyder, Tomorrow Show sketch with Mick Jagger as his guest; a newer interview with Mick illuminating the Some Girls period, and The Rolling Stones performing on SNL in ’78. 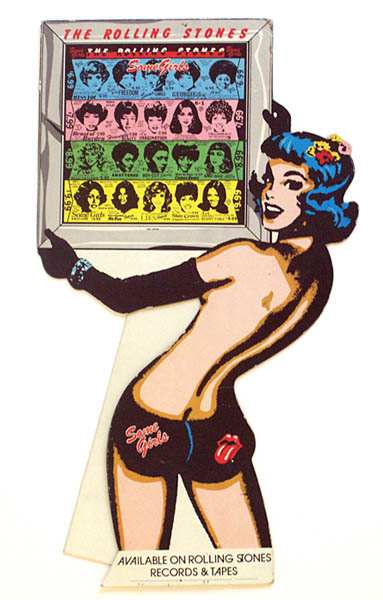 I so many ways, The Rolling Stones showed that in 1978, they could run with the punks, garage rockers and anyone else that stood in their way, since they were the original dirty, filthy punks bent on taking your daughters down a wrong path since 1962 anyways. Then again, with the likes of Chuck Berry and Jerry Lee Lewis as some of their mentors, how could they not be experts.

As you wade through the many choices of Rolling Stones‘ greatest hit collections, studio albums and everything else they put out for sale, the Some Girls Live in Texas ’78 film should be near the top of your list—A highly recommended Mystery Box of treasure!