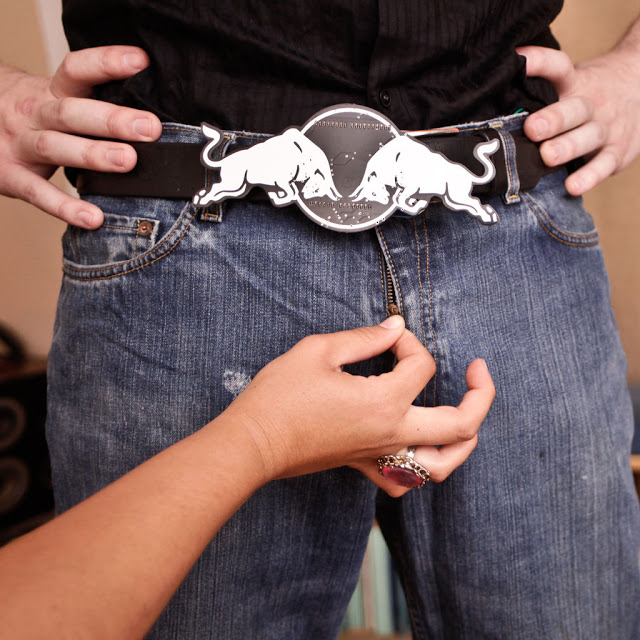 I have a sneaking belief that every dude on the planet secretly wishes he had one of those swinging James Bond love pads where, if you flipped a switch, everything that a man would need to woo a lady out of her panties would be set in motion.

Think about it, push a button and the lights would automatically dim, the fire would ignite itself in the fireplace, the turntable would immediately put the needle on the correct Barry White track and two glasses would rise from a faux coffee table already filled with bubbly.

What woman could possibly resist your pre-planned date rape charms?

Now I know you’re asking yourself “But that’s just one of those Hollywood creations right?”

Because Instructables user, Randolfo (with Team Instrucatables), has managed to sync pretty much everything I just mentioned to the zipper in his pants and, better yet, has given the public what it so desperately wants, fucking instructions on how to make them.

That’s right, with patience and a little skill you too could be walking around in a pair of Romance Pants that will up your game and make you the Lothario you have so desperately wanted to become.

How does it work?

Watch the video after the break and afterward, click HERE to begin fashioning your own pair of pants that may land you a Ms (or Mr.) right.

In this article:Computers/Technology, DIY, Inventions, Love/Romance