In my early years of World Wide Web addiction, I spent a lot of time looking up the various incarnations of Ultraman.
Japan’s silver-skinned sentinel has been an institution in the company since the 1960s, and though he’s crossed the pacific numerous times over the years, he’s rarely risen past the level of cult figure here.
Sure, there have been toys, games and comics, but the average kid today probably couldn’t pick him out of a lineup.
That almost changed in the ’90s–and by almost, I mean they tried, really they tried–but to no avail.
Ultraman: Towards the Future is a slightly strange case, but let’s go back a bit… 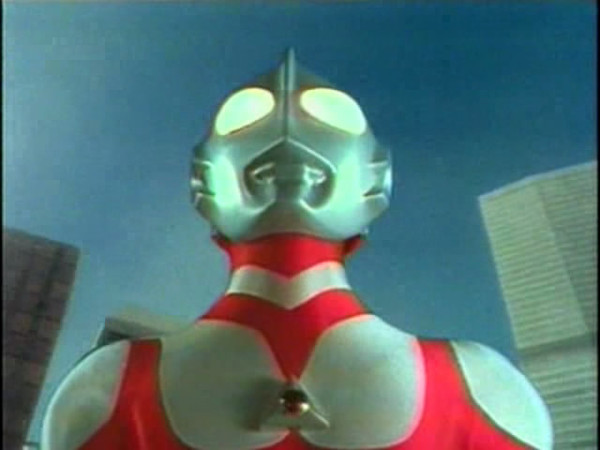 My uncle was a professional musician, playing bass and keyboards.  During the ’80s, he’d tour with legendary soul acts such as Blue Magic and the Stylistics.  On several occasions, those tours would take him through Japan.
My uncle also loved old cartoons and adventure shows.  Speed Racer, Thunderbirds, Johnny Sokko and his Flying Robot, Tobor the 8th Man; you name it, he knew it.  He would come back from his tours with new toys that he kept unopened on his shelves for display.  When I would visit him, back when he was living with my grandmother, I would see these figures, the packages marked with weird syntax and unfamiliar Japanese characters.
One day, I asked about a specific figure.  It was red and silver with big, opaque eyes and a fin on its head.  Written across the front was “ZOFFY, KING OF THE HERO.” 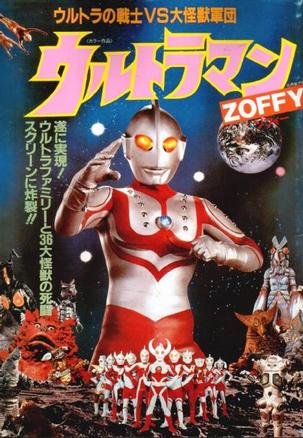 That was when my uncle explained that Zoffy was the greatest of the Ultras.  That was when he told me Zoffy hailed from the Land of Light in Nebula M78.  That was when he told me about Ultraman.
Ultraman was created by special effects artist Eiji Tsuburaya.  Tsuburaya began his film career in 1919 as an assistant cinematographer at what would eventually be known as the Nikkatsu Corporation.  In 1926, he moved over to Shochiku as a cameraman.  There, he began his work in special effects, pioneering the uses of various techniques.  He bounced between Nikkatsu and Toho after leaving Shochiku.  It was at the latter studio where he would make one of his most lasting marks.

Tsuburaya had been inspired by the classic King Kong while working at Nikkatsu, and resolved to make a monster movie of that nature.  He got his chance while at Toho, working with director Ishiro Honda on what was one of the most innovative Japanese films of its time: Godzilla.  Tsuburaya created the effects for that film, and worked on subsequent Godzilla films for Toho, as well as other movies such as Akira Kurosawa’s The Hidden Fortress, until his death in 1970.
But while he was working for Toho, Tsuburaya began his own production company in 1963, out of a special effects lab in his home.  His first major production was a TV series in 1966 called Ultra Q.  Tsuburaya intended for the show to be a Twilight Zone-style science fiction drama, but the network wanted more monsters, and the result was a weird cross between Godzilla and the much later The X-Files.  Each episode featured a regular cast of characters investigating strange monsters and other supernatural phenomena.
It was a success, but rather than rest on his laurels, Tsuburaya launched his next effort almost immediately after Ultra Q’s last episode aired.

Ultraman debuted the following week, though his development took some time, with Tsuburaya Productions cycling through different ideas, designs and titles.  (Some of those ideas have recently been recycled into new series from the company.)  When the show did make air, it was unlike any other show on television.

Combining kaiju films with the superhero shows popular at the time, like Rainbowman and Moonlight Mask, Ultraman kickstarted the tokusatsu genre in television.  (It also featured the talents of Haruo Nakajima, the man inside the Godzilla suit, as the various kaiju foes of Ultraman.)

Ultraman revolved around the titular character, an alien from the faraway Nebula M78, who chased the monster Bemular to Earth.  Ultraman’s sphere crashed into a plane flown by Hayata of the heroic Science Patrol, killing the Earthman.  Feeling remorse over the accident, Ultraman offered his life force to revive Hayata, merging with him.  Hayata retained his earthly form, but when giant monsters menaced humanity, Hayata would use his Beta Capsule to transform into Ultraman!  Ultraman would have three minutes to defeat the monster and return to Hayata’s form before the color timer on his chest goes out and he dies.
Ultraman ran for nine months and 39 episodes in Japan, and was popular enough to find American syndication, which is how my uncle and countless other uncles, aunts, dads and moms saw it when they were boys and girls.  It was enough of a success to continue the franchise as well.

This time, Tsuburaya elected to create more of a sequel to Ultraman, though with a new cast of characters.  The Science Patrol evolved into the Ultra Guard, and the heroic Dan Moroboshi was their member with a secret–he was actually an Ultra from Nebula M78 in disguise as a human, sworn to defend the planet from all manner of threats.  This show was Ultra Seven, and it cemented the popularity of the Ultra Series in Japan.  (The series wouldn’t be aired here, however, until 1985, on TNT.) 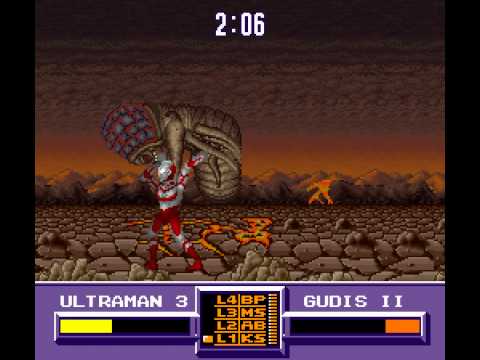 The Ultra series continued in Japan with a new series every year until 1975, when it began a four-year hiatus from the airwaves.  After 1981, it was gone again, and outside of scattered films, Ultraman and his brothers spent the ’80s and early ’90s dormant.  In America, Tsuburaya Productions joined with Hanna-Barbera to produce a pilot movie for an animated series (the second animated Ultraman after Sunrise produced The Ultraman for Tsuburaya in 1979), but the silver superhero’s greatest modern American exposure would come from an Australian show.
The South Australian Film Corporation teamed with Tsuburaya Productions in the early ’90s to create their take on Ultraman, the first live-action Ultra series to be filmed in English.  In it, an evil monster called Gudis comes to Earth after battling an Ultraman on Mars.  Astronaut Jack Shindo witnesses the fight, and the Ultraman merges with him in order to travel to Earth and resume the fight.  This is where I come back into the story.

The new show, titled Ultraman: Towards the Future in the States (in Australia, it was simply Ultraman, while in Japan it was titled Ultraman Great), aired on one of our local independent stations, Channel 57 (now it’s a CW affiliate), on Sunday mornings.  My brother and I would wake up early to watch it, and we were quickly hooked.

Giant monsters, futuristic fighter jets, and rubber-masked karate fighting superheroes?  Of course we were going to love it.  I even got my parents to buy me my own Ultraman figure.  It came with a tiny Jack Shindo minifig that could be placed into vehicles.

Towards the Future spawned not only an action figure line, but also a Super Nintendo fighting game (which was not well received or reviewed) and a comic book (which got some key details wrong, such as the fact Ultraman Great wasn’t the original series Ultraman).  The series itself wasn’t a bad show, and definitely better than its American successor, Ultraman: The Ultimate Hero (a sort-of remake of the original series).  But it didn’t last very long.

Only thirteen episodes were produced.  It was gone from our lives almost as quickly as it began. 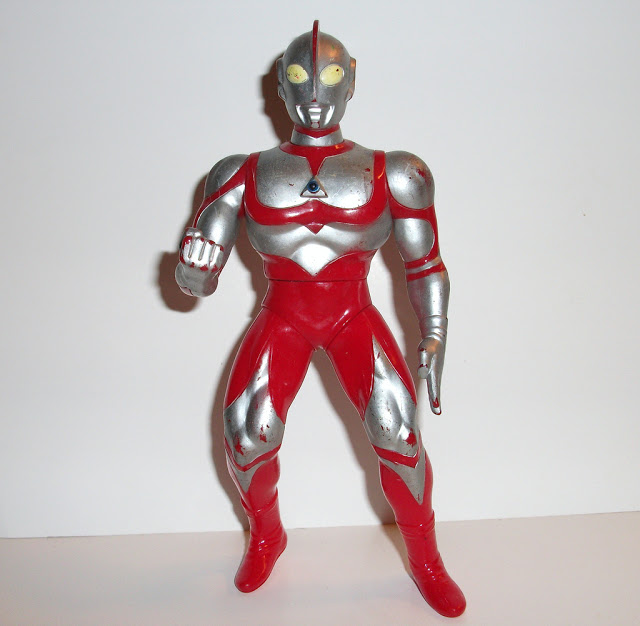 While Ultraman quickly faded from the schoolchildren’s public consciousness, I continued to hold a torch for the hero from Nebula M78.  Once I started using the internet in the late ’90s, I learned everything there was to learn about Ultraman at the time.  Though I wish the character had been more of a Power Rangers-level success here during the ’90s, I’m glad I got a chance to get to know him as a kid.
And my color timer’s flashing…