Shania Twain came out of hiding to announce the winner of the best Rap song. 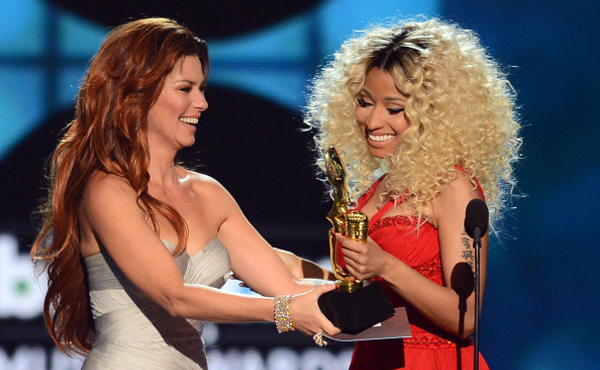 Weird. She’s been in hiding for so long, and then comes out for this?

Psy and Tracey had a dance off to introduce Chris Brown.

His voice cracked all over the place, he pretended to be a Ninja or something, and AS ALWAYS, he did a lot of Michael Jackson choreography. Loser. So reductive and BORING. 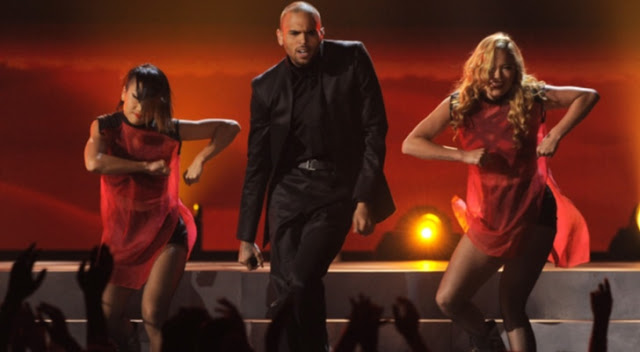 Oh, here are those “Thrift Shop” guys. The lead guy reminds me of Vanilla Ice. I hate this song but that horn hook is damn catchy. Which makes me hate it even more.

Oh look – a REALLY DRUNK Kid Rock who just bashed some lip synching performers – “”Let’s give it up for people lip syncing over pre-recorded music.” – OUCH! And he’s giging the award for best RAP SONG.

Psy is one if the nominees along with Nikki Manaji, Flo-rida, Drake and Pitbull – HOW IS PSY a RAP ARTIST? Same with that Thrift Store song. That’s Rap?

Ohhhhh, there’s Will.I.Am introducing MADONNA! And giving her the TOP TOURING ARTIST award. She gave a nice speech. And was very nervous, her hands were shaking like crazy! 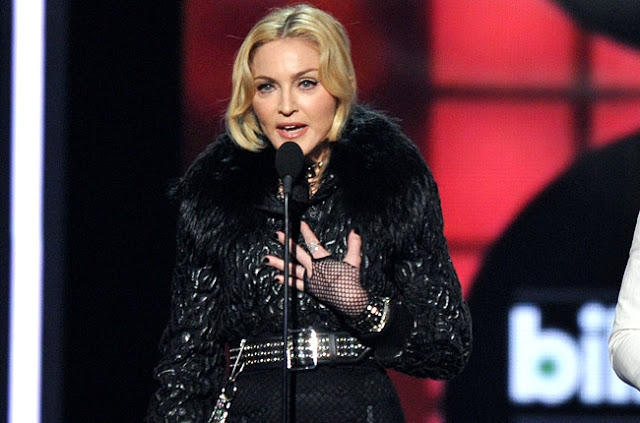 Oh there’s Ellen Degen…uh I mean Justin Beiber! Why is he wearing those ridiculous faux-leather pants with the droopy crotch? This performance is a BIG YAWN. Why is he in a see-thru 3-D diamond? This is horrible.

Ohhhhhhhhhh it’s KE$HA and she looks like she took a bath! Good for you gurl. Anyway, she introduced Pitbull and Xtina Aguilera, who looks like she’s been working out a lot. Anyway, this song stinks except for the Ah-Ha sample. Again, it’s NOT RAP MUSIC.

OH MY GOD, THE GUY FROM AH-HA IS THERE! HOLY SHIT! AND HE CAN STILL HIT THAT NOTE!

Oh Miley Cyrus, you actually said that the only reason you showed up was to plug your new single? 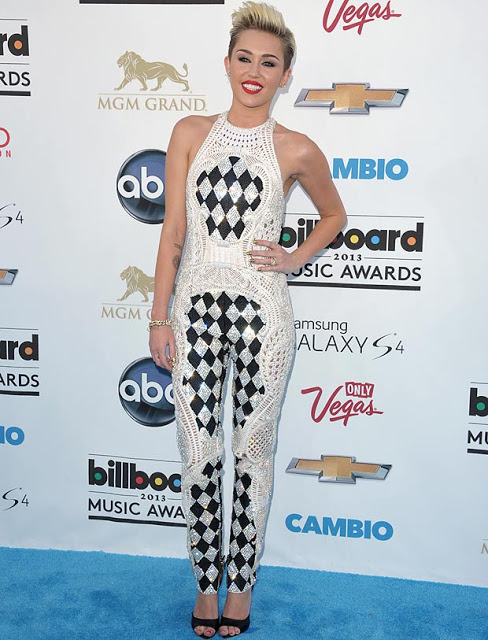 Ohhhhhh, there’s Miguel! He’s a good singer and has style. He needs a new management team because he should be all over the place. They dropped the ball after the Grammy buzz he had – OH SHIT, he just attempted a jump onto another stage and landed on two girls heads – oops! – HONEY, the next time you attempt something like that in 6 inch church shoes, practice more! 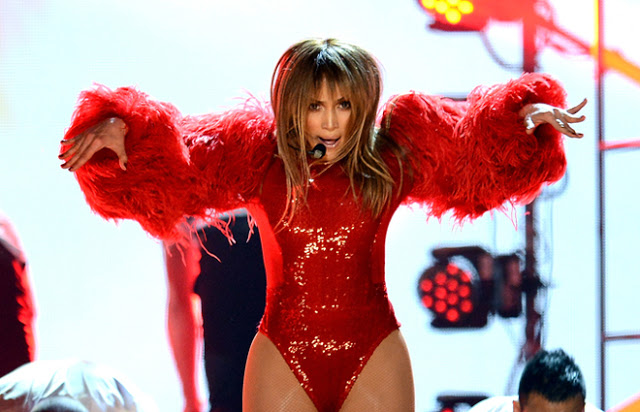 I think that the Broadway show Kinky Boots should sue! But hey she’s got Taylor Swift jumping in the aisle – YAY!

Oh, the award for the top EDM artist. David Guetta. Whatevs. I’d like to see the videos they showed little bits of on MTV or something. Why do I have to watch EVERYTHING on my computer?

Oh joy, it’s Beiber and Will.I.Am together – BOTH IN THOSE STUPID PANTS. This is horrible, Justin has a live mic, and he’s just lamely “singing” into it under the taped track. And why is Will wearing a big, black Amish farmer hat – Jebediah I.Am. This is EDM, not Hip Hop. Ugh. 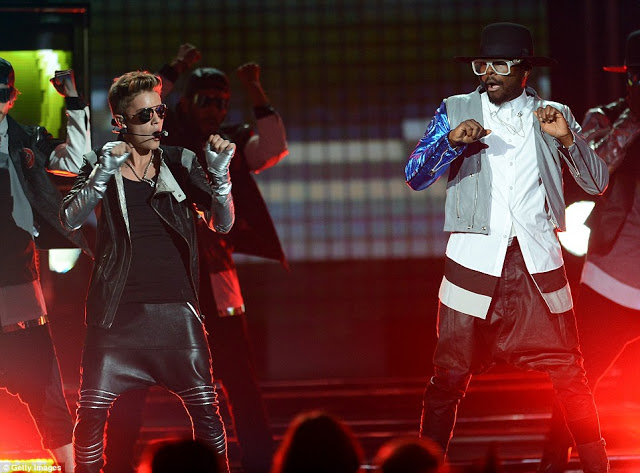 Oh, and Justin got a FAN VOTED MILESTONE AWARD for “ingenuity” and “innovation.” And he was so darn humble when he got it…

“I’m 19 years old. I think I’m doing a pretty good job, basically from my heart I really just want to say it really should be about the music. It should be about the craft that I’m making. This is not a gimmick and I’m an artist and I should be taken seriously.” Right.

Oh shit, now it’s David Guetta with Ne-Yo and someone else. YAWN.

Hey, it’s Celiene Dion! And she STILL has that crazy French accent. WTF? Anyway, she’s here to introduce the Artist Of The Year.

And she TOTALLY stuck her ass into the camera. I’m done. Horrid.

It’s now 10:49 and Erykah Badu and Janelle Monae are introducing Prince! Giving him an ICON AWARD!

He CRUSHED IT. They should have given him more than 5 minutes, since he’s a fucking ICON. We could have done without some of the other performances. He killed it.