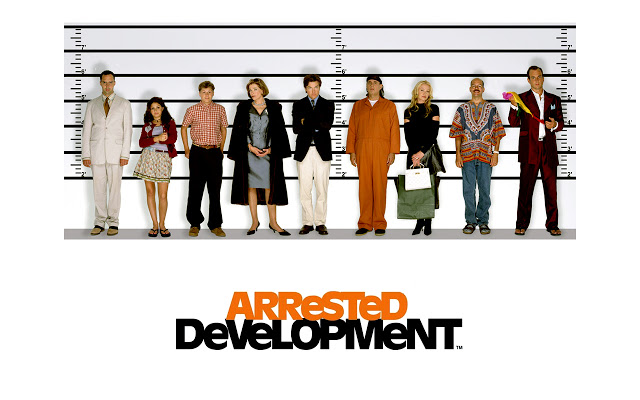 With Arrested Development starting back up in just two glorious days (whose gonna sit for twelve awesome hours straight, living on liquid food products and wearing adult diapers so they don’t have to move from the couch besides me?) there’s going to be an awful lot of old episodes being discussed, an in-depth analysis of character nuances and, of course, various jokes from the show being told by fans both on line and in person (you’ve been warned my friends).

But let’s not forget the myriad of musical numbers and song snippets that showed up during the show’s three seasons on FOX that people may or may not realize they hum when lost in thought (I can’t tell you how many times I sing It Isn’t Easy Being White while at the grocery store).

So come along on a musical adventure with this supercut of every song that appeared on AD…let’s hope the new season adds even more songs to your repertoire.

In this article:Arrested Development, Music, Television