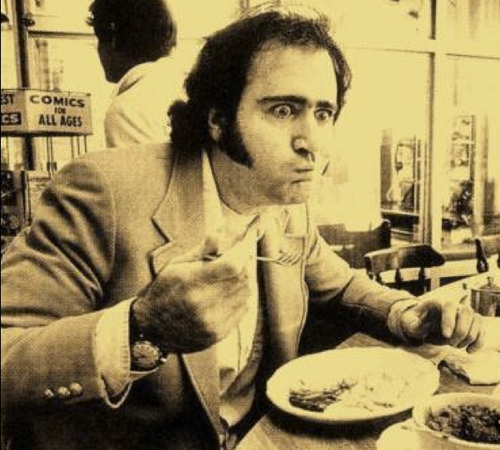 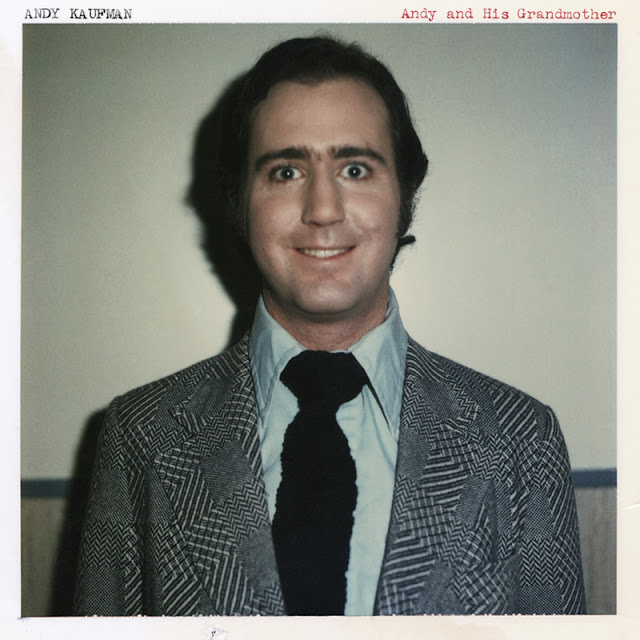 Andy Kaufman changed the worlds of comedy and performance in the 1970s, showing fans and friends alike a determination to follow put-ons into territory no one had ever even considered “comic” before. His fervor was so intense that when he passed away suddenly in 1984, it seemed as if the ultimate disappearing act had been staged; one that some people believe is still ongoing, with the reveal soon to come.

Among the many things that Andy achieved in his lifetime (and in the years following), a phonograph album release, the staple of stand-up comedians in his time, never happened – until now. Andy and His Grandmother is material never heard before, a skimming from 82 hours of micro-cassette tapes that Andy recorded during 1977-79. Andy regarded the micro-tape recorder as a fantastic new way of capturing his hoaxing, and carried it with him everywhere, for use at any given moment. Real life was the ultimate frontier for him, and these tapes demonstrate the heart of Andy’s comedy. With gusto, he involves those closest to him, as well as total strangers, in put-ons, falsehoods and other provocations, pushing the limit on logic and emotional investment in everyday situations from the trivial to the deeply personal until any suspension of disbelief is out of the question for all involved, and everyone becomes fully immersed in whatever scenario Andy is suggesting as the new reality.

With so much material on hand, Drag City turned to a writer, producer and comedian whose resume indicated to us that he was a true child of Kaufman’s twisted talent. Since the late 90s, Vernon Chatman‘s work has been experienced by television viewers and aficionados of South Park, Wonder Showzen, Xavier: Renegade Angel, The Heart She Holler, and Doggie Fizzle Televizzle, as well as fans of the Drag City DVD release Final Flesh. Vernon dug deeply into the tapes, working with editor Rodney Ascher (director of the notorious, controversial, and even acclaimed Room 237 documentary) to come up with a concept for a single LP that would include several dozen excerpts. Along the way, Vernon produced several tracks, adding effects to pieces that were clearly unfinished (in particular, “Sleep Comedy”) and drafting SNL’s Bill Hader to provide narration for the journey. The finished album, with liner notes from Vernon and Kaufman cohort Bob Zmuda is a work of comedy for our times – one that was performed over thirty years ago.

Andy And His Grandmother is out July 16th on Drag City.