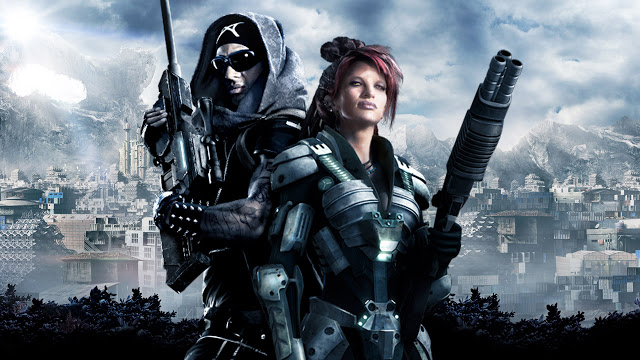 Our partners at Syfy have provided us with a standard PC-edition of Defiance the game. Join the futuristic online open-world shooter where thousands of players scour a transformed Earth competing for alien technology. Hunt alone or with others as you improve your skills and level up, unlocking powerful weapons that will help you survive the massive battles that await.

And, since the series impacts the game, the dynamic missions, massive co-op battles and the new world exploration never end.

To enter, please send an email with the subject header “DEFIANCE” to geekcontest @ gmail dot com and answer the following question: