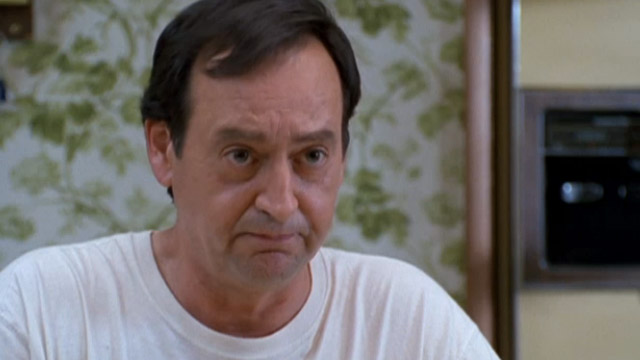 I watch Freaks and Geeks repeatedly on Netflix to smooth over the fact that NBC was a giant ass-hat to refuse an adoring public a second season (yes, let’s totally get rid of a smart and tightly written show, that’s how you make quality television!) and while my bitterness has left what I believe to be an ulcer behind, I can only hope that there will come a day when scientists invent a smart TV chip that can be inserted into my brain stem where it will play only the shows I like FOREVER, regardless of Nielsen ratings.

Until that day, I will be content to watch this supercut of Mr. Weir (Joe Flaherty) giving strangely inappropriate advice to his awesome children Lindsey (Linda Cardellini) and Sam (John Francis Daley) which apparently revolves around the death of his friends and celebrities.

In this article:Freaks and Geeks, Movie Novelization, Supercut, Television