A fantastic episode and an amazing finale for this season and one that is really in the spirit of the upcoming 50th anniversary.

This finale opens with some cameos of Clara (Jenna-Louise Coleman) chasing down the Doctor (Matt Smith) – in his various incarnations -in a montage clipping from episodes throughout time and space. 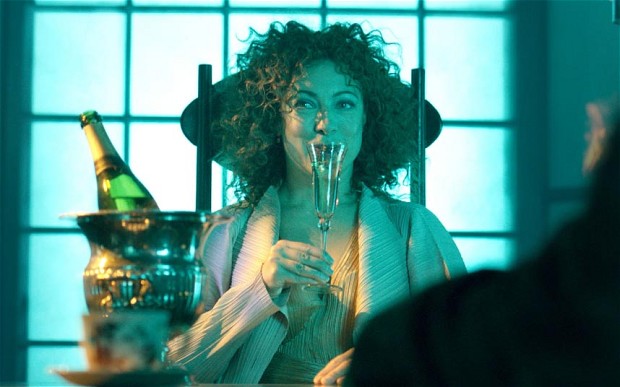 Their round table on a cryptic threat involving the Doctor is cut short by some faceless but well tailored freaks known as the Whispermen, who capture the assembled group. They deliver a message to the Doctor that he must go to the place a Time Lord’s time-stream must not cross—Trenzalore, home of the Doctor’s tomb. We are told this is a big no-no because of timey-wimey-don’t-cross-the-streams type stuff. 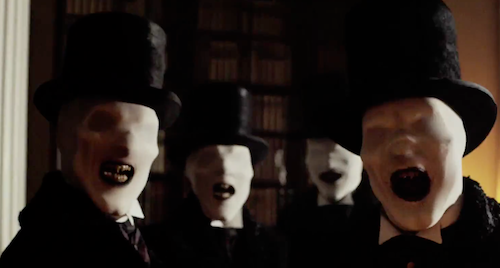 The Doctor arrives and finds his tomb—an enlarged version of the TARDIS– and comes face to face with the recurring villain from this season, the Great Intelligence, using the body of Dr. Simeon (Richard E. Grant- from “The Snowmen”) and flanked by his crew of Whispermen. He demands the Doctor speak his name and open the door to his tomb.

We don’t actually have the anti-climatic moment of learning the Doctor’s name, as it is covertly spoken by River Song. Inside the TARDIS tomb, the Great Intelligence jumps into the Doctor’s time-stream to destroy the Doctor’s lives. Clara jumps in after him to thwart him which shatters her into her multiple appearances in different places in time and space. The Doctor follows her to try to save her. 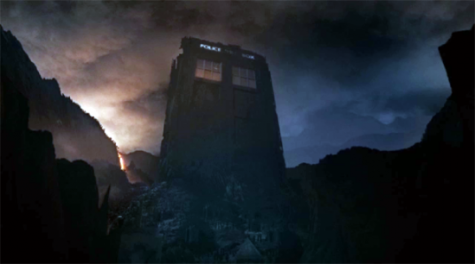 In the final scene, Clara is in the Doctor’s time-stream—we can see varieties of his incarnations running through the foggy setting—there goes 1 and 6 and 5 and 9 and 4, identified by a flash of their trademark clothing zooming by. There is also a man standing with his back to the Doctor and Clara.

“He is my secret,” the Doctor says.

“What I did, I did without choice, in the name of peace and sanity,” the stranger says.

“But not in the name of the Doctor,” Matt Smith says. The man turns around—it’s actor John Hurt, and a credit tells us that he is also an unknown incarnation of the Doctor. 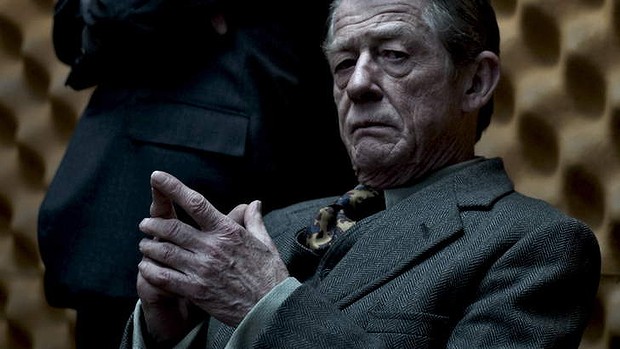 Great writing by Stephen Moffat in a dark episode that points to a potentially disturbing side of the Doctor being explored next season. This episode had twists and turns, some questions were given satisfying explanations, while other moments questioned the show’s future, especially the surprise of John Hurt as the Doctor.

The only thing I thought was a bit much were all the leaf and souffle metaphors.

The Whisper Men made an adequate new breed of Who monsters. Lots of great touches like a glimpse of Gallifrey “a long time ago” and Clara giving some advice to Doctor Number 1 as he is about to embark on his 50 (television) year adventure. 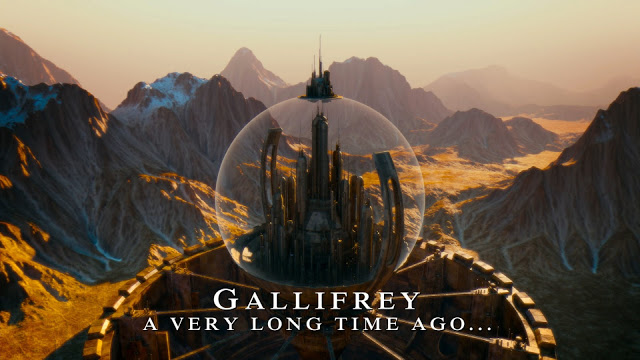 Overall this season has had a couple of great episodes, a couple mediocre ones, and some that fell flat. The season grew stronger with the last few episodes and went out on a high note with this episode. Matt Smith did another great performance this episode and was joined by his amazing supporting cast including the cameos of the former Doctors.

A great story for the Doctor…all 12 of him.