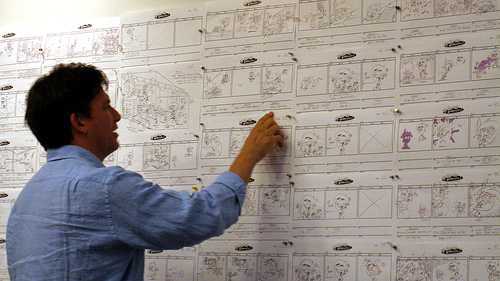 This Saturday (May 4th) something is going to happen that may shock fans of animated shows, The Fairly OddParents will be premiering it’s ninth season on Nickelodeon at 9:30 am et/pt (although, it’s actually more like they’ve been on the air for 12 years what with the Oh Yeah! cartoon segments).

I know right? A cartoon that’s lasted almost a decade that isn’t The Simpsons, can you believe it?

If you are unfamiliar with the show here’s a synopsis (and then perhaps, you should watch it): The Fairly OddParents follows the comedic adventures of Timmy Turner, a 10-year-old boy who overcomes typical kid obstacles with the help of his wand-wielding wish-granting fairy godparents, Cosmo and Wanda. These wishes fix problems that include everything from an aggravating babysitter to difficult homework assignments. With their eagerness to help Timmy, Cosmo and Wanda always succeed in messing things up. (seriously, you need to watch it).

To mark this occasion, FOG chatted with show creator Butch Hartman on what it’s like to run a successful kid’s cartoon and what’s on the horizon for him. 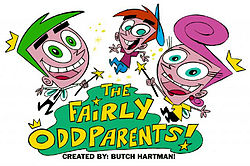 FOG!: It must feel good to know that The Fairly OddParents is reaching its 9th season. Only a handful of shows have that distinction. How has the creative process changed for you in constructing the next season?

Hartman: Yes, I’m truly thankful and thrilled to be included in the small group of animated shows to be on the air this long. It’s a testament to all the talented people who work on the series.

The creative challenges are always there no matter what season you’re working on, but I understand that good storytelling and character development is the key to keeping the series fresh and entertaining. I try to make each episode as funny as possible and come up with stories we haven’t explored before. We also have great characters that we’ve been able to develop over the 12 years we’ve been on the air. And along the way we’ve added a few more hilarious characters including Poof, Foop, Timmy’s Mom and Dad, and Mr. Crocker. This season we’re introducing Sparky, Timmy’s magical talking dog, to the mix!

My goal has always been to entertain everyone from the new viewer to the person who grew up watching Timmy and his friends. I think that’s why generations of viewers enjoy watching this show.

FOG!: Your career has certainly taken many forms over the years: animator, voice acting, story board artist, producer, director as well as traditional actor. Of all them which one has given you the greatest satisfaction? Do you think that wearing these many hats has helped you in creating a level of depth in your shows that appeal to wider audience?

Hartman: Honestly, I enjoy it all. I get to make cartoons every single day and I couldn’t ask for more than that. I do think that having performed several roles in the animation world has informed my creative process, but I think having been a giant fan of cartoons as a kid has also influenced me. I’ve always aimed to create characters as memorable and as funny as the ones I grew up with

FOG!: You have a really great organization called the Hartman House that you and your wife, Julieann created that helps people in need all over the world, including here in the US. Tell me a little about the work your organization does and why you started it.

Hartman: We wanted to help kids and families in need around the world, and realized that starting our own foundation would be a really great way to it. We’ve been able to support many organizations from The Angola Girls Project, a shelter for adolescent girls in Angola, Africa to funding scholarships for inner city kids to sponsoring home renovations for needy families. This has been one of the most rewarding experiences of my life. You can get involved by donating at HartmanHouse.org.

In this article:Animation/Anime, Celebrity/Gossip, Interview, Kids