It takes a lot of work to get a game off the ground.

From initial idea through to completion, there are multiple aspects that could potentially go wrong so it’s easy to understand why so many games are scrapped before they’ve ever seen the light of day.

Although as a fan, all we really care about is when we get play a new game and until that time, we spend our time geeking out and getting excited for its release.

Whether it’s a new game or a sequel to an existing franchise, fans will argue with other fans about how a game they’ve never seen or played might be, forums go crazy with anticipation, things are built up, tiny snippets of information leaked from the developers are blown out of proportion leading to the over-hyping of a title. In all the misinformation, excitement and (impatient) waiting it’s hard to distinguish actual facts.

Take Dead Space 4 for example, has it been cancelled? Is it just a rumour? The fact that three previous titles in the franchise have been well received, I hope the rumours of it’s cancellation are exactly that. I’ve never played the Dead Space games other than the demo for the first because quite frankly, I’m not ashamed to admit that it scared the crap out of me!

This week I’m writing about the games I wish were never cancelled, of course this isn’t definitive and I’m only mentioning those games I personally would love to see realised.

If you have a problem with my suggestions or think I’ve missed one then…tough. That’s what the comments sections is for!

One game series that I have particularly fond memories of is TimeSplitters and I was extremely psyched upon hearing the announcement of TimeSplitters 4. So, when Crytek announced that they had ceased all development of the game on the grounds that they were unsure if they had the fan base to make it successful, a fan led Facebook campaign was launched: “100000 Strong for Timesplitters 4” – as much as I love the TimeSplitters franchise, I wasn’t one of the people who ‘liked’ the page, my reasoning…because of the un-capitalised ‘s’, yes – extremely petty, I know but come on people, if you love a game that much at least get it’s title correct! I stand by my pedantry, damn it!

There is at least one ray of hope for Machine gun wielding Monkey fans, a fan-made version which is due this year and planned to be released free on PC is currently in development, despite gaining approval from Crytek, fans decided it would be better not to use their software, claiming that they didn’t want to fix something that wasn’t broken.

It’s not the first time fans have set out to create their own sequel or fixed a game, take the game which coverts the “worst game ever made” title for instance. A group of fans and amateur developers set about to fix the atrocity that is E.T. The Extra-Terrestrial. 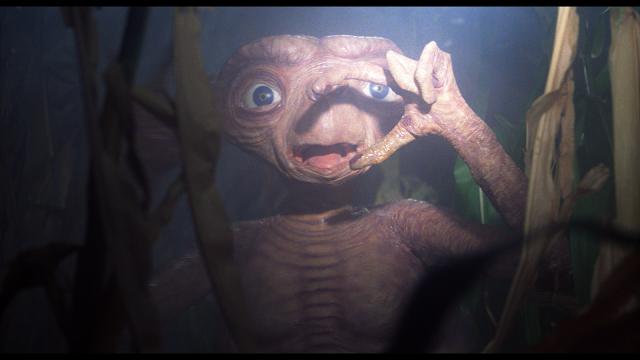 I haven’t seen their end product (mainly due to my crippling fear of E.T – seriously, he terrifies me, the weird scream, his creepy voice, the glowing finger and that weird thing he does with his neck?! Why?! Oh God, I’m going to have nightmares tonight..) but I’ve heard that they’ve been successful in at least making it the game it should have been.

Dinosaurs. Why, oh why have we never had a game involving dinosaurs?

Sure we have Turok, but that was a bit underwhelming. Ever since watching Jurassic Park, I longed for a game resembling it. Peter Molyneux had planned a game called B.C. but scrapped it because it couldn’t keep up with new consoles and Molyneux thought it wouldn’t ever live up to the the expectations of fans. That’s all well and good, but why not let the dinophiles decide, Peter? 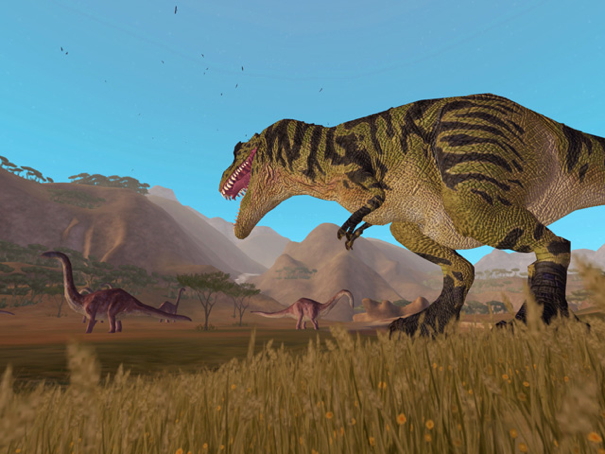 But Molyneux isn’t the only one to have cancelled a game about dinosaurs. There was a Jurassic Park game. Did you read that? THERE WAS A JURASSIC PARK GAME. Then in typical fashion, some marketing types didn’t think it’d do well enough and there were lots of disagreements in development about money. Fooools!

In their defence, traditionally games based on films will almost always be God damn awful but this game seemed somehow different, call me an naive idealist but Jurassic Park has all the pre-requisites and qualities of a decent survival game in-built. A large park to explore, the terror of being chased or stalked by a dinosaur, traps to escape from, items and weapons to scavenge, different dinosaurs to fight or evade or study, then there’s ethical considerations regarding captivity, cloning and hunting.

Jurassic Park: Survival would have been awesome and 2002 wold have been more awesome because of it but sadly the game was cancelled due to squabbles about money. Bet if they’d have released it they’d have made ten times what they were bickering over. Maybe one day, someone will reconsider this idea, someone I predict will be very rich because of it.

From dinosaurs to pirates. So, you know I told you that video games based on films were almost always going to be awful no matter what? Well, other than Jurassic Park: Survival, there’s another cancelled game based on a film franchise that could have been amazing…you have to promise to bear with me and not stop reading when I reveal it, okay?

Please, let me explain. While I’m aware there are actual crappy tie-in games based on the franchise the specific game I’m referring to is an action-based RPG. Pirates of the Caribbean: Armada of the Damned had a scale similar to titles like Fallout or Fable, you could have chosen to be a bad-ass evil pirate or an honourable, good – well, as “good” as a pirate can be – pirate.

So, why was this cancelled? Well, the plot had nothing to do with the films (like that was a bad thing!) and Disney decided to axe the project in favour of that bestselling game we all know and love, Tron: Evolution. To quote the words of the Grail Knight in Indiana Jones and The Last Crusade, Disney “chose…poorly”. 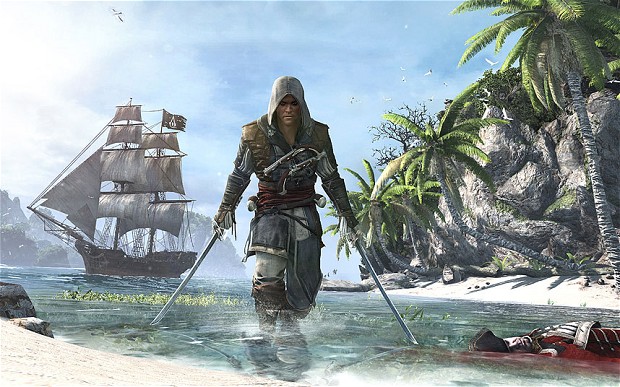 It looks as though Ubisoft aim to fill that pirate-y void with Assassin’s Creed 4: Black Flag.  Ahaaaargh!

I love games set in space, I am a huge Halo fangirl and a recent Mass Effect Alliance recruit (Mass Effect 2 is now in my top 5 games of all time). I’m an even bigger sci-fi fan so imagine my dismay when I discovered there was a cancelled Stargate SG-1 game!

Stargate SG-1: The Alliance would have been a first person shooter giving the player the chance to explore new planets and fight various threats including the Gou’ld and even travel through the Stargate itself in real-time (that would have been sooo cool!).

This game wasn’t just fans service, it had added appeal for the masses due to its vast space travel element and varied “level” environments, all of which were designed to keep the player interested – though, let’s face it, if the TV show taught us anything, it’s that everywhere in the galaxy looks remarkably like Canada!

Luckily for me and other fans, there is a Stargate game is currently in development and chapter one is already available to download. Stargate SG-1 Unleashed is being worked on by the team who created the iOS Stargate game which was centered around the character Teal’c. Rumours are the game will make it onto consoles at some point and while I’m excited about the prospect of playing it on something other than my iPad, I’ve learnt my lesson and won’t be holding my breath until I have an actual copy of the finished game in my hands. Make it happen Arkalis and MCM! MAKE IT HAPPEN!

Another game that was doomed to non-existence was also a game set in the Firefly/Serenity universe, how could would a space western be?! Apparently not cool enough. The idea remained an idea because the film failed to make enough money at the time to justify it – I bet those execs are kicking themselves now. After the success of The Avengers, Whedon gets full creative reign over all of his projects these days. But fear not my fellow Browncoats, they can take our game but they can never take our sky. 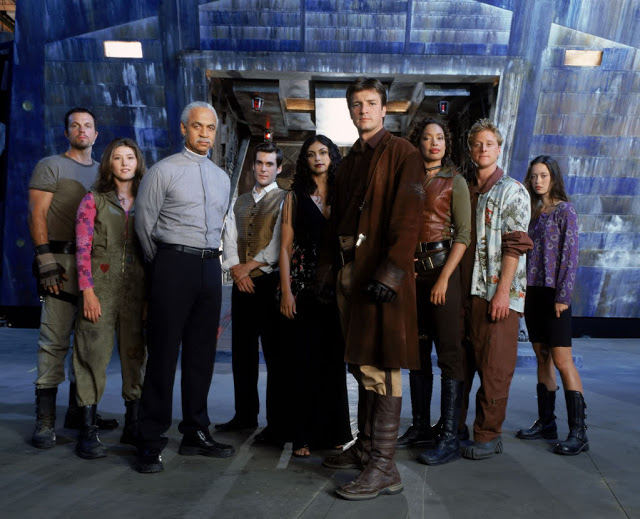 With so many failed games out there, we can only hope that developers see the potential of some of them and pick them up for re-development, otherwise all we can do is hope and pray or study to be games developers and infiltrate the games industry.

Be the change you want to see and all that…

If you have any other suggestions or just plain disagree with my suggestions that a Pirates Of The Caribbean game could be any good then I’d like to hear about it in the comments section below.

Or send me angry tweets, you know…whatever.