There were many crimes committed in G.I. Joe: Retaliation, despite the nice 3D.

And yes, while we all expected the movie to be stupid, I wanted at least more of the cartoon-fun that The Rise of Cobra was.

I ended up seeing Retaliation twice in one day last month because I first saw it with a friend, and then later that night I took the wife out spur-of-the-moment. It happens. So when I say I saw G.I. Joe: Retaliation, I saw the hell out of it, and its many crimes.

A half-baked plot that couldn’t decide if it wants to be Roadblock’s Revenge, or the Snake-Eyes Ninja Spectacular. Though the ninja fight in the mountains did provide the best action figure-y moment on film, at least until Pacific Rim comes out. 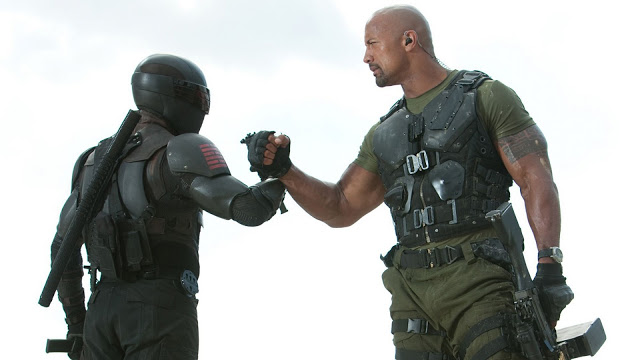 Killing off Duke, which even the original cartoon movie realized was dreadful – despite already including a race of snake-people and a glee club-styled theme song for Cobra.

The RZA playing a blind ninja sensei without Quentin Tarantino around to contextualize his awful performance into something amazing. 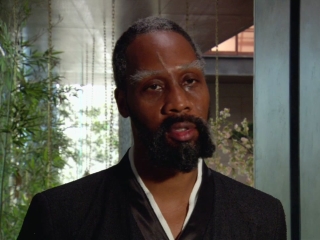 A sleepwalking Bruce Willis portraying an “original G.I. Joe” whose house is an NRA wet dream with an arsenal hidden in every cabinet. 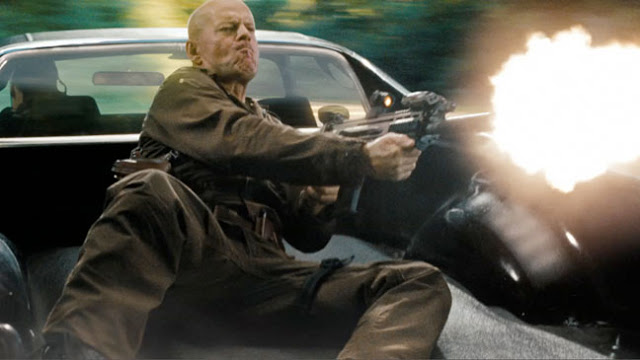 Oh, and that we turned G.I. Joe into a standard Dwayne “The Rock” Johnson action movie in which he walks away from an explosion in slow motion. If I’d wanted a sequel to Walking Tall, I’d ask for one.

But these aren’t even the worst parts of the deal.

No, most of my ire toward Retaliation‘s filmmakers resides with their mistreatment of Cobra. 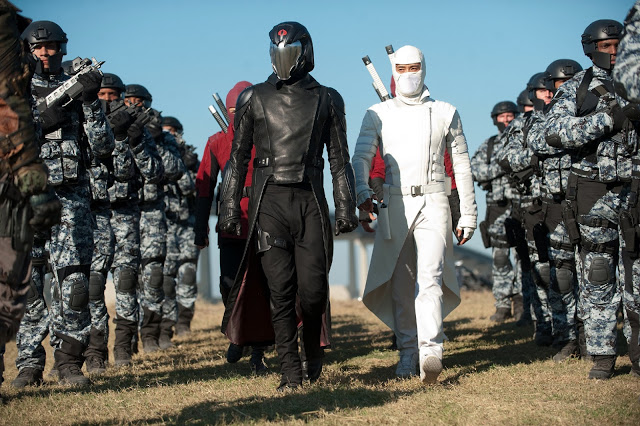 Because, man, do I love Cobra, for both the cartoon awesomeness and it’s overall ridiculous nature.

How do you not love a scheme of world domination with no plans for what to do if you actually win? 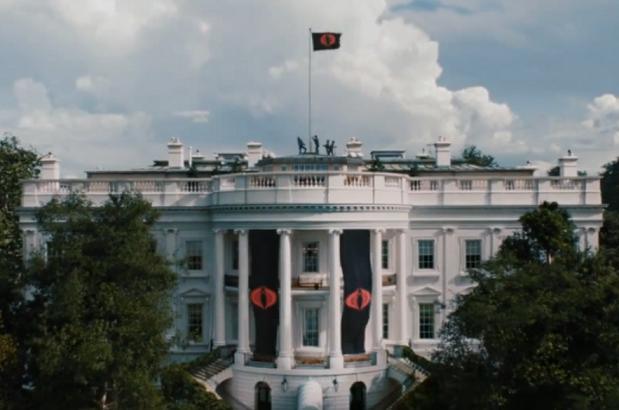 And look at all the infrastructure! Island bases, fleets of tanks and planes. Who has their cafeteria contract? Are there that many mercenaries and dissident soldiers in the world for them to hire? Do they have a human relations department? Paychecks? Who handles waste management?

It takes a lot of overhead to keep an outfit that large working. In the real world, there isn’t enough black-market arms and drug dealing for something this organized. The national government of a large nation could do this, but Cobra is independent. Imagine getting your Cobra tax in the mail? 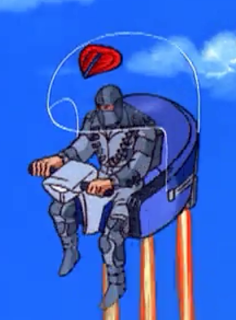 Cobra had super-cool combat vehicles that made no practical sense, which I love.

Hell yeah, I want a H.I.S.S. tank or A.S.P. dealie or some other ground-assault truck that dared you to fire upon a totally exposed cockpit protected by nothing but Plexiglas.

And I’ve lost count of how many times I wish I could hop into a “trubble bubble” flight pod. Gimme! Never mind that you’d burn up from the rocket cylinders or the ion cannons or the launch of the too-damn large rockets. Or that you’d suffocate from the massive amounts of wind blowing into your face from under the alarmingly ineffective bubble top. At least the seat was rich leather.

Or, at the very least, can I have the Night Raven fighter jet?

It’s based on the real-world Lockheed SR-71 blackbird, which is bad-ass enough. But then they Cobra-sized it by throwing on a tiny escape plane that totally didn’t mess up the plane’s aerodynamics or anything.

Basically, Destro was awful at designing weapons. But he had tons of style.

(Side note: The show says Destro is Scottish, he always looked black. Have you seen that chrome helmet, fur-lined jump suit, jeweled necklace? Tell me Rick Ross wouldn’t do this look right now. I think there was a dude in my neighborhood growing up who called his car the Devastator.) 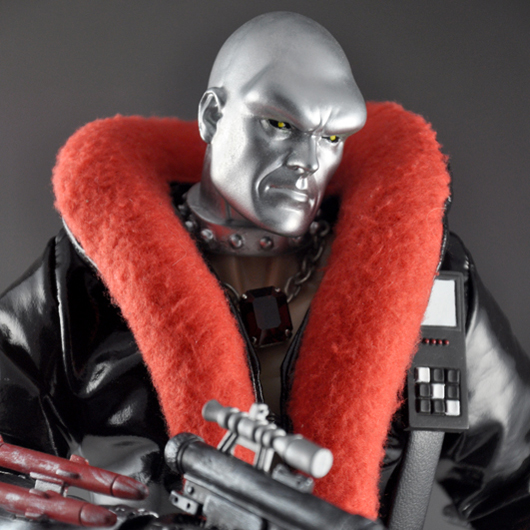 But Retaliation violated all of this cool Cobra stuff, after The Rise of Cobra laid some ground work with its more straight-forward style and plot. Plus piping in character actors Joseph Gordon-Levitt, Christopher Eccleston and Sienna Miller as Cobra’s unholy trinity was key.

In Retaliation, it’s all gone.

Movies hinge on whether the characters are good, and Retaliation missed major opportunities by not properly engaging all the great characters Cobra has to offer. Cobra Commander was reduced to a guy in a cool costume who said and did very little. We saw more of Firefly than good old CC, presumably because RoadRock needed someone big for fistfights. 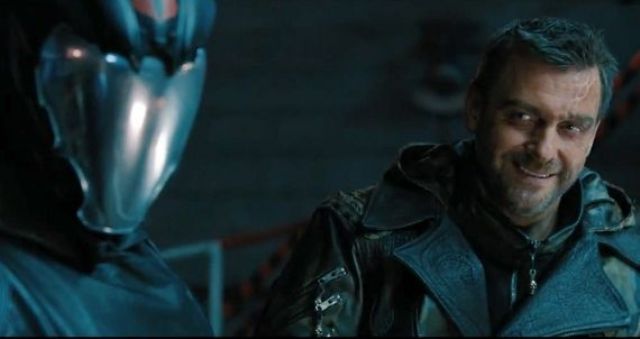 Zartan was totally wasted because he had to spend all his time pretending to be the president. While it gave us some great Jonathan Pryce cheese, poor Arnold Vosloo must have felt ripped off. We never got Tomax and Xamot, which makes no sense if we’re really trying to go for full-on cartoon fun.

Plus they killed off Destro, and the Baroness was gone. The comics and cartoon depictions of Cobra at least followed the philosophy that you need interesting villains, and Cobra was more interesting than the G.I. Joe team because they had rivalries and a touch of soap opera drama.

Zartan, who has been running Cobra and the world while posing as president, doesn’t even make a play to ice out Cobra Commander. He could have kept amassing power, building his secret army, increasing the president’s approval rating and then turn the United States into a fascist empire absorbing countries while keeping a finger on the space gun trigger.

In Retaliation, we got “You’re out of the band.” Cobra couldn’t even keep Storm Shadow happy, and all he needs in these movies is to be bare-chested and glistening at all times.

No wonder this was a Cobra organization that could be taken down by a gun-happy retired soldier and his friends at the end of the movie. They didn’t even need the real military or the National Guard, who are nowhere to be seen when the H.I.S.S. tanks roll up on the White House. Serpentor’s siege of Washington, DC, in the cartoon had more heft than this.

And villainous heft was missing from Cobra in this movie. In the first film, Cobra destroys the Eiffel Tower, and it feels like something happened. In Retaliation, they destroy ALL OF LONDON with a space gun, but we get one long shot of citywide seismic devastation, and then it’s never mentioned again.

Only Alderaan got shorter shrift when it comes to massive fictional blown-apart.

Archie Goodwin, if you’re reading this, you know what to do. They’ve corrupted your baby. Get back in there and show these guys how Cobra is done.

Just don’t take us to Cobra-La.