Discussions of this season’s “Game of Thrones” have been dominated by accusations that the show’s gratuitous nudity is sexist — women are constantly baring all while we rarely see even a man’s butt crack.

The show certainly serves up a teenage boy’s fantasy of sex and women, but this is hardly sexism.

People complaining about the nudity are not seeing the forest for the trees.

The show is about people who are marginalized because of their immutable
characteristics, such as being female, bastard born, or short. Women in
particular are ridiculed when they attempt to assume any role that is
not about serving men. 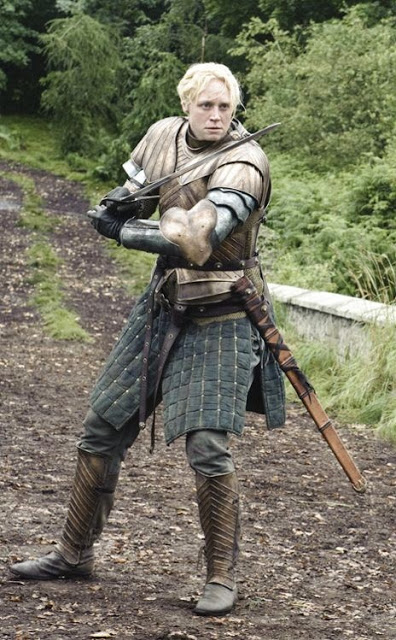 Brienne is one of my favorite characters because she embodies the values of a knight better than any male character, but nobody views her as a knight because she’s a woman. She reveals the hypocrisy of the whole system.

So the show’s examination of gender roles is pretty nuanced.

That being said, I won’t deny that there is some level of objectification going on with the camera always showing the nude female body, but that doesn’t necessarily equal sexism. If there is a fault with the show, it’s that it heavily caters to people who watch it for all of the wrong reasons: those seeking titillation (both from sex and violence). The back-to-back episodes featuring male virgins who prove to be natural Don Juans was a bizarre reassuring message to the young male viewers. 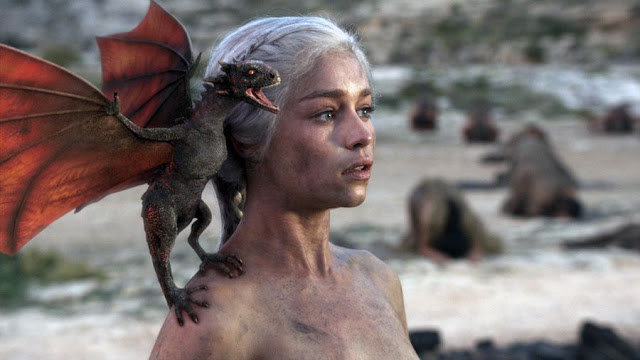 The sad truth is that “Game of Thrones’” T&A is done purely for the ratings because there are so many people who tune in for that. And that’s more of a commentary on the viewing habits of male viewers than how the show views women. You got to wonder if the reason “The Wire” flopped when it was originally aired was because it had nowhere near the level of sex and violence that was on “The Sopranos.”

A far more insidious example of sexism that has yet to really be called out is Betty Draper on “Mad Men.” The show’s writers go out their way to give us every reason to hate her, and it’s not coincidental that she’s a homemaker. Her fulltime job is to be a mom, but as absent as Don maybe, at least he’s not vindictive towards his kids.  And the whole duality between her and Megan reinforces this. 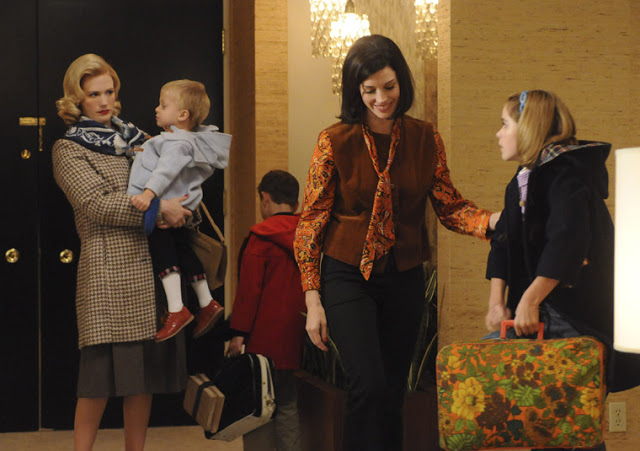 Even in the last episode when Megan leaves the kids home alone and things go awry, you can’t blame Megan because she was out networking for her career — we viewers love the fact that her acting career is taking off. And of course the two other main female characters in the show are both career driven — one who gives up her child for adoption and the other who has outsourced raising her son to her mother.

It’s ironic that 50 years ago when “Mad Men” is set characters like Joan and Peggy would have been criticized for putting their career first, but now everything has been reversed. But this reflects popular culture’s difficulty with defining roles for female, and how much these characters are defined by motherhood while fatherhood plays virtually no role in understanding male characters. For women, everything does eventually comeback to being a mother.

And this takes me back to “Game of Thrones.” If you want to complain about sexism on the show, it’s not nudity that you should be upset about, but Catelyn Stark. She causes all sorts of problems for the heroes precisely because she’s an overly emotional mother prone to doing irrational things, such as imprisoning Tyrion and setting Jamie free. 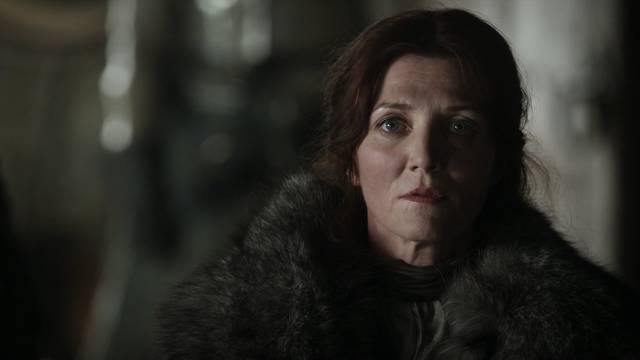 And she’s pretty much responsible for starting the whole war thanks to the first act. Another woman undoing paradise.