Lots of interesting releases this week including two Doctor Who releases with Matt Smith, a complete series for “The Ghost With The Most”, a war vet revenge cult classic, Cleopatra coming at ya, alien abductions, the first season of a modern Western and more.

As always, fire up that queue and prep that shopping cart and check out this weeks’ latest releases! 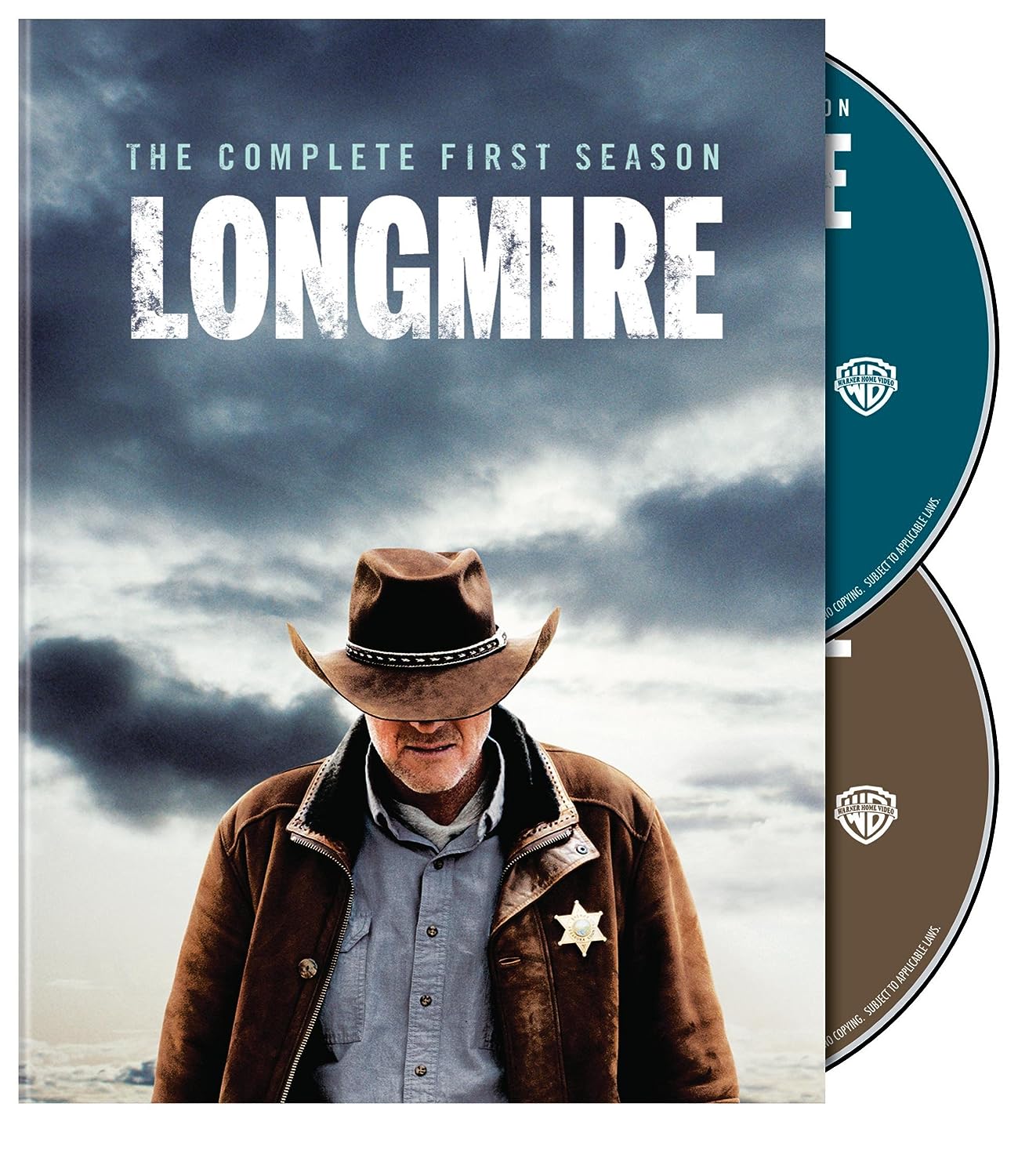 Walt
Longmire is just the man to close murder cases under the open skies of
Absaroka County, Wyoming. Striding out of best-selling author Craig
Johnson’s Western mystery novels, the charismatic and unflappable
sheriff (Robert Taylor) headlines this spellbinding hit series with
world-weary dedication. Struggling since his wife’s death a year ago and
at the urging of his attorney daughter (Cassidy Freeman), Walt knows he must turn his
life around. Aided by a new female deputy (Katee Sackhoff) and his oldest friend (Lou Diamond Phillips), he
becomes reenergized about his job and running for reelection, though an
ambitious younger deputy Branch Connally (Bailey Chase) is a rival candidate for the
job. And despite the dark secrets and tangled relationships that pervade him, he doggedly solves the big
crimes of Wyoming’s big sky country. Includes all 10 first season episodes.  Extras include featurettes. 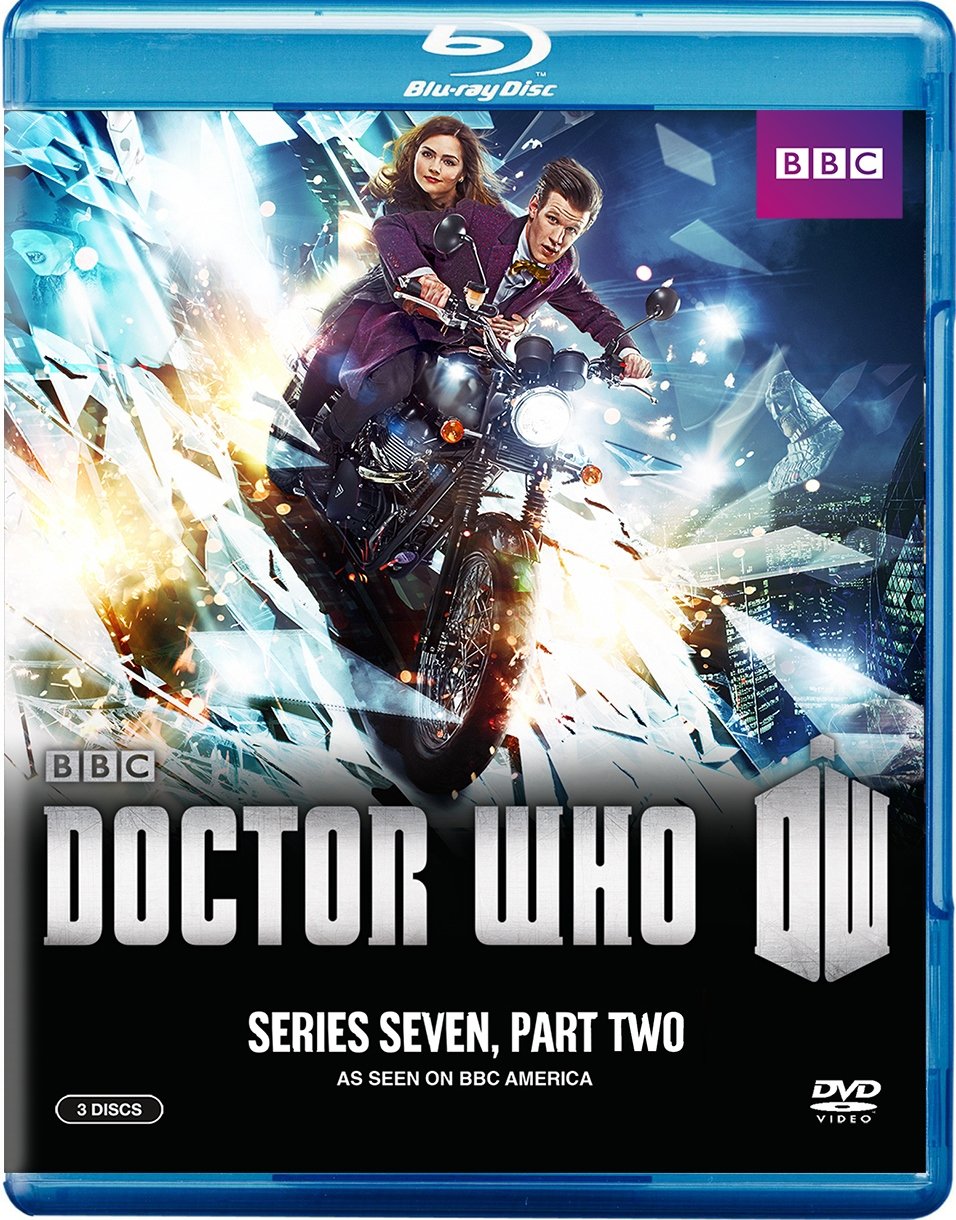 The Doctor kicks off this new run of adventures by searching for his
companion Clara – an Impossible Girl he’s already lost twice. Together
they find themselves battling monsters on distant alien planets, trapped
in a Russian submarine with a deadly passenger, chasing terrifying
ghosts, delving into the heart of the TARDIS, facing the Crimson Horror
in Victorian Yorkshire, and coming face to face with an army of upgraded
Cybermen. The action grows and the Doctor’s oldest secret threatens to
be revealed…  Extras include The Bells of Saint John – a prequel to the second half of the season as well as a prequel to the final episode.

Doctor Who: The Snowmen 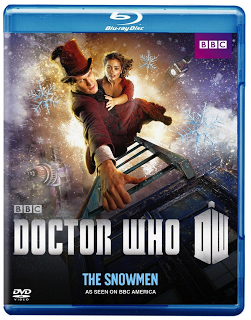 Christmas Eve 1892 and the falling snow is the stuff of fairy-tales.
When the fairy-tale becomes a nightmare and a chilling menace threatens
Earth, an unorthodox young governess, Clara, calls on the Doctor for
help. But the Doctor is in mourning, reclusive and determined not to
engage in the problems of the universe. As old friends return, will the
Doctor really abandon humankind or will he fight to save the world – and
Christmas – from the icy clutches of this mysterious menace?  Extras include 2 prequels and behind the scenes featurette. 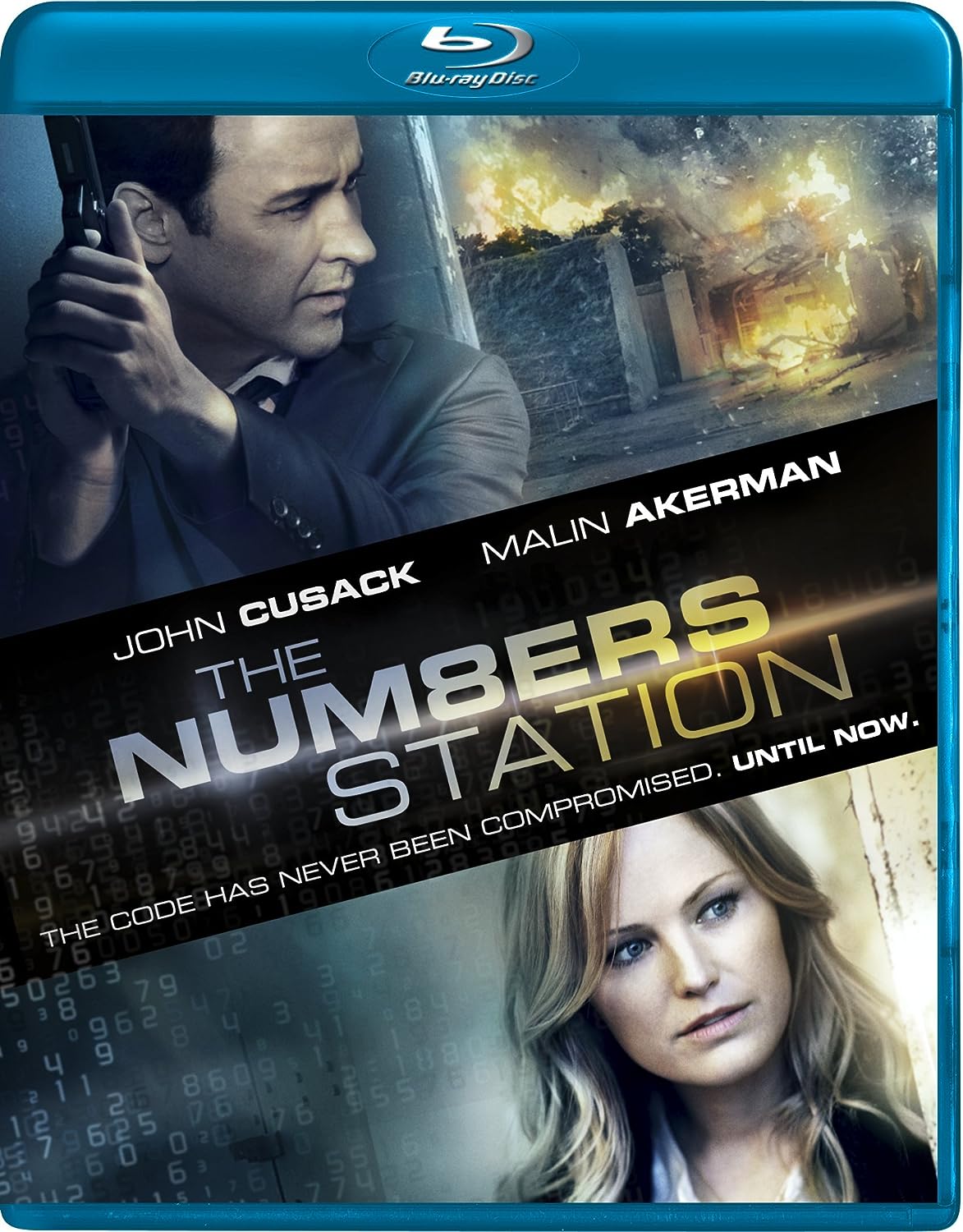 The code has never been compromised. Until now.  After his latest mission goes disastrously wrong, veteran CIA black ops agent Emerson Kent (John Cusack)
is given one last chance to prove he still has what it takes to do his
job. His new assignment: guarding Katherine (Malin Akerman),
a code operator at a top-secret remote CIA “Numbers Station” where
encrypted messages are sent and received. When an elite team of heavily
armed assailants lays siege to the station, Emerson and Katherine
suddenly find themselves in a life-or-death struggle against an unknown
enemy. With the station compromised and innocent lives at stake, they
must stop the deadly plot before it’s too late.  Extras include making of featurette. 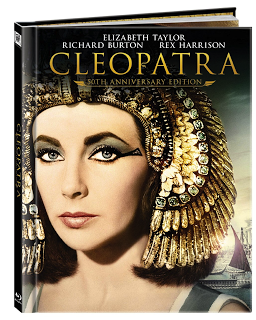 This
epic masterpiece has never been more glorious. Meticulously restored
with a stunningly vivid picture and breathtaking sound, the scope and
scale of this legendary cinematic treasure, and Winner of 4 Academy
Awards, is brought to life like never before.  Elizabeth Taylor
stars as Cleopatra, the cunning queen of Egypt who seduces the rulers of
Rome, only to meet her match in Mark Antony (Richard Burton). Their
passionate romance could decide the fate of the world’s greatest
empires. Although this epic re-telling of the
life and loves of the Egyptian Queen, flopped badly on its original release, the film has
gained more notoriety since for what went on behind the scenes. Extras include commentary, several featuettes, missing footage, archival premiere footage and more. 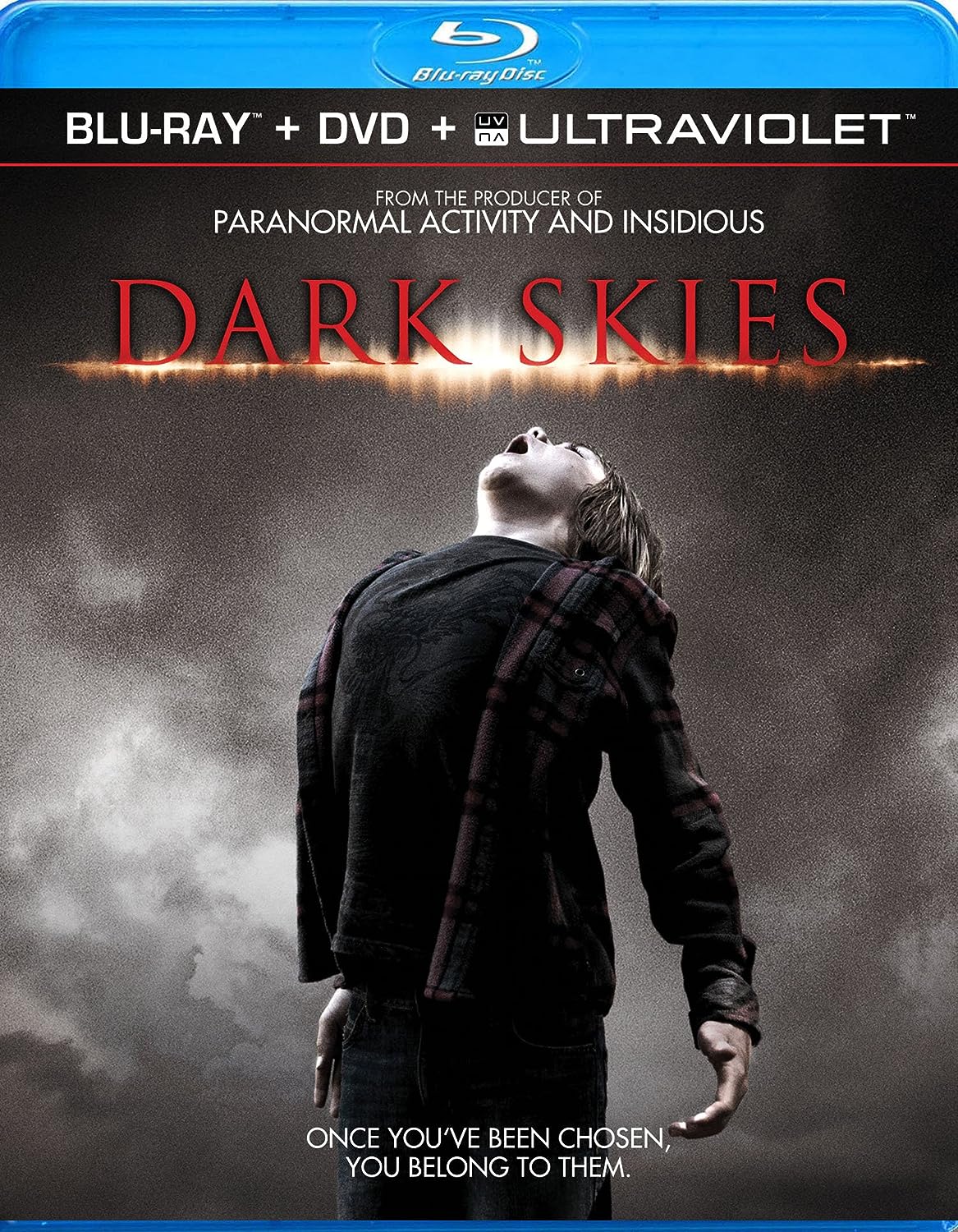 Once you’ve been chosen, you belong to them.  A supernatural thriller that follows a young family living in the
suburbs. As husband and wife Daniel (Josh Hamilton) and Lacy Barrett
(Keri Russell) witness an escalating series of disturbing events
involving their family, their safe and peaceful home quickly unravels.
When it becomes clear that the Barrett family is being targeted by an
unimaginably terrifying and deadly force, Daniel and Lacy take matters
in their own hands to solve the mystery of what is after their family.  Also starring JK Simmons.  Extras include alternate and deleted scenes and commentary. 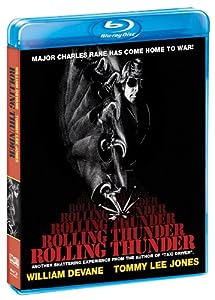 When Major Charles Rane (William Devane) returns home to San Antonio, Texas, he is given a hero’s welcome. He and his friend John Vohden (Tommy Lee Jones) had endured eight years of physical and mental torture in a POW camp.  The
adjustment to his old life isn’t going to be easy. His wife, Janet, has
fallen in love with another man, and his son doesn’t remember him.  The
publicity he receives as a returning hero and the cash he’s been
awarded has attracted the attention of a group of hoodlums. When the
group kills Rane’s wife and son and leaves him for dead, he and Wohden
team up to hunt them down.  Directed by John Flynn and written by Paul Schrader and Heywood Gould, Rolling Thunder is one of Quentin Tarantino’s favorite films and a must see cult classic.  Extras include interviews, trailer and tv spot. 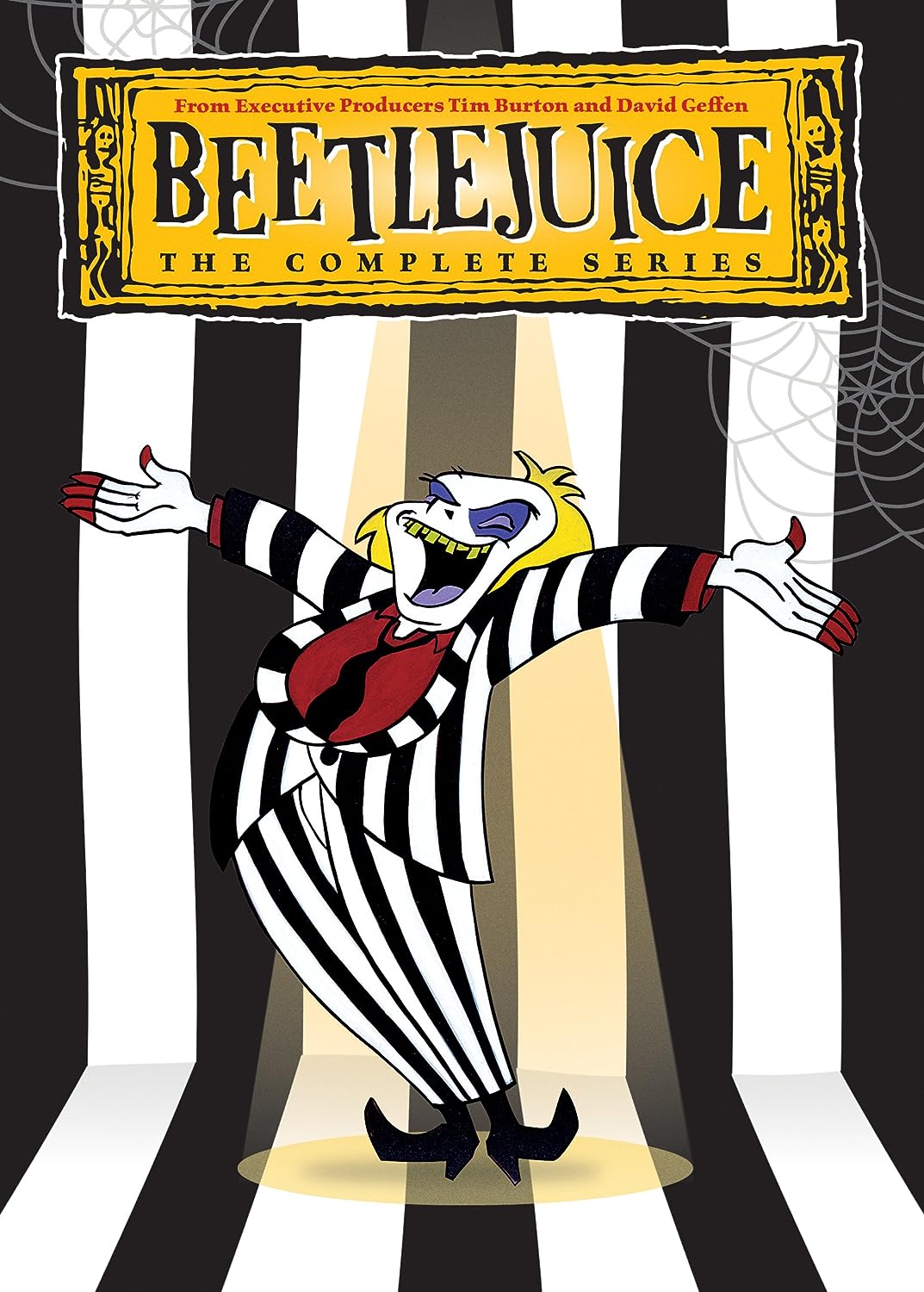 “Though I know I should be wary, still I venture someplace scary;

Based on Tim Burton’s blockbuster film of the same name, this animated show features Beetlejuice (Stephen Ouimette),
the wild “ghost with the most” from the “Neitherworld” and his mortal
best friend Lydia Deetz (Alyson Court), a young, perky goth girl attending a private
school in a sleepy little Connecticut town.  Upon befriending Lydia, Beetlejuice promptly whisks her off from her
ordinary life into wacky adventures in the land of the dead, or
Neitherworld, which is filled with kooky characters and madcap monsters
at every turn.  This Amazon exclusive release includes all 94 episodes of the beloved animated series. 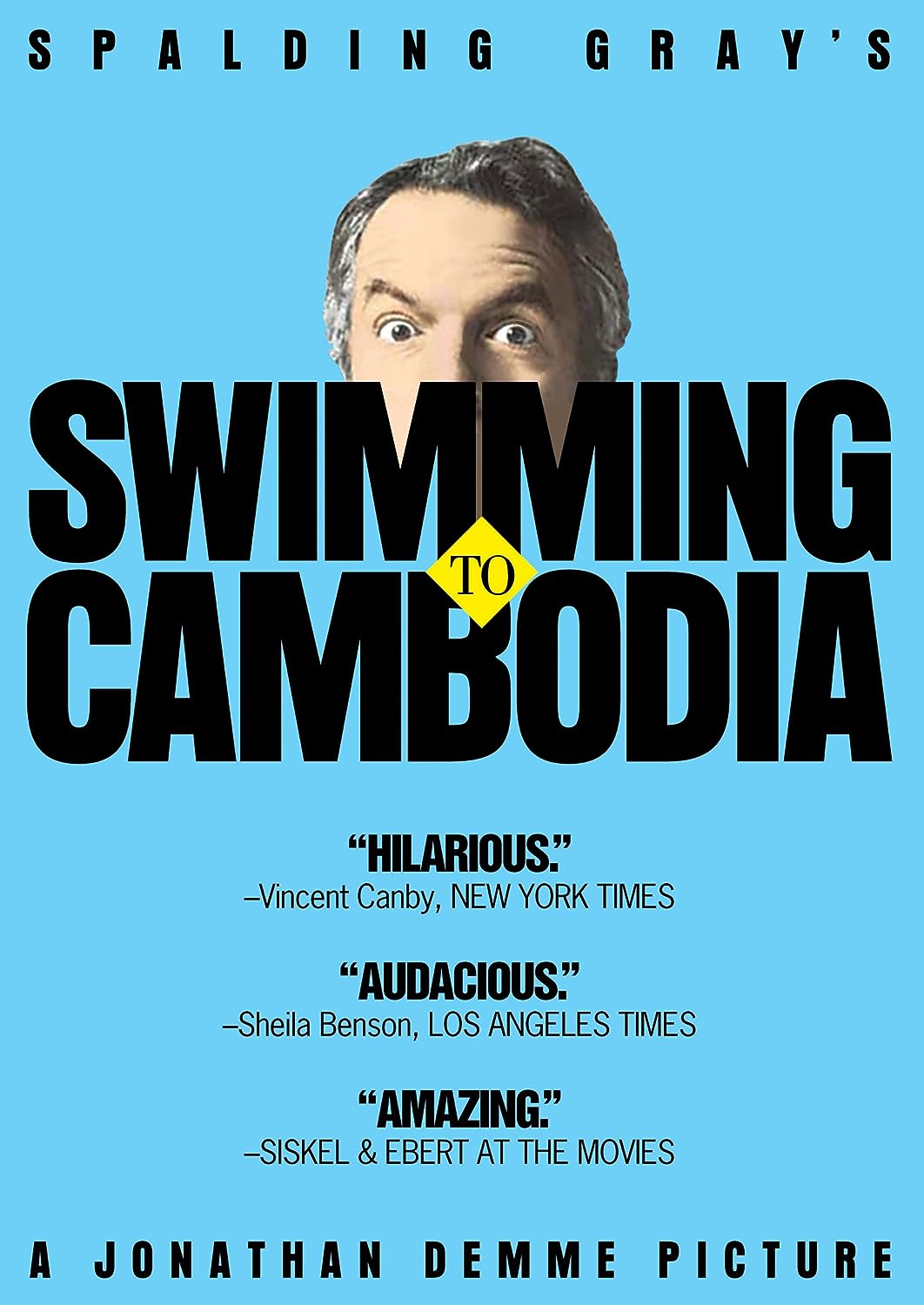 Master storyteller Spalding Gray (Monster In A Box) brought his tour-de-force one-man show Swimming To Cambodia to the big screen, brilliantly directed by Academy Award®- winning director Jonathan Demme and featuring the music of Laurie Anderson.  Gray spent eight weeks in Southeast Asia playing the role of the Ambassador’s aide in the Academy Award®-winning film, The Killing Fields. Inspired by his experiences there, Gray weaves a hilarious and hypnotic tale of the making of the film, from the “sixty-six takes” of his first scene to the jarring encounters with Thai marijuana, the history of Cambodia and the inhabitants of the Asian massage parlors and sex bars. It’s reality with a wry twist from a fascinating pioneer of experimental theatre.  Extras include commentary track from Jonathan Demme. 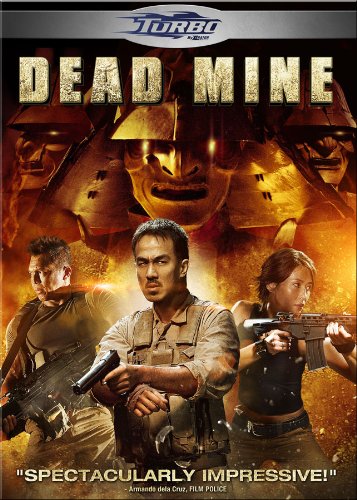 The legend of Yamashita’s Gold lures a treasure hunter and his
group deep into the Indonesian jungle. Once they are trapped in an
abandoned World War II Japanese bunker, they face the terrifying reality
that the only way out is to go further in. Combining fast-paced action and horror, Dead Mine features an international cast that includes The Raid: Redemption and Fast & Furious 6 star Joe Taslim and an army of mutant samuari warriors. 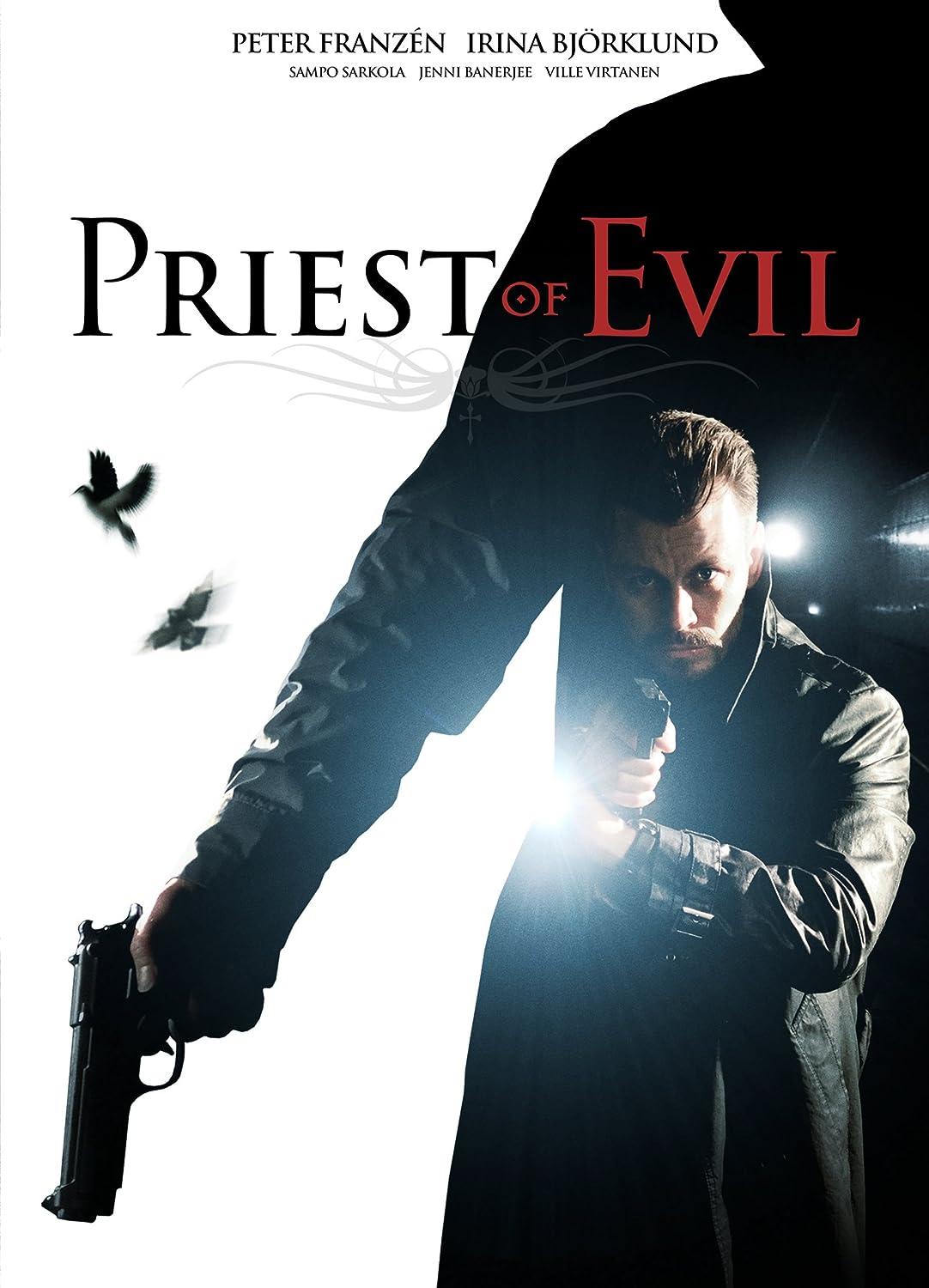 Detective Sergeant Timo Harjunpää of the Helsinki Violent Crimes Unit is an honest and conscientious cop, one of the city’s very best, who loses his daughter in tragic circumstances. Despite the support he receives from his colleague, Constable Onerva Nykänen, Timo is unable to recover from his loss. He takes on a case involving strange deaths at Helsinki’s metro stations, eventually determining them to be serial killings. But the closer he seems to get to the killer, the elusive killer is actually getting closer to him. Timo must find the murderer, and as he tracks him down, he encounters an overwhelming darkness within himself.  Starring Peter Franzén and Irina Björklund, Priest Of Evil is a riveting psychological thriller where nothing is as it seems and trusting the wrong intuition could get you killed.