1954, science fictionly speaking, started out with a creature that would become one of the most iconic monsters of all-time.

March would bring the release of Jack Arnold’s sci-fi/horror hybrid, The Creature From the Black Lagoon.

Made famous by the creeping creature that was only protecting his underwater world from the human intruders, even more iconic than the creature himself, is that image of Julie Adams (then, still going by Julia) in that white bathing suit.  That was quite a sensation at the time. 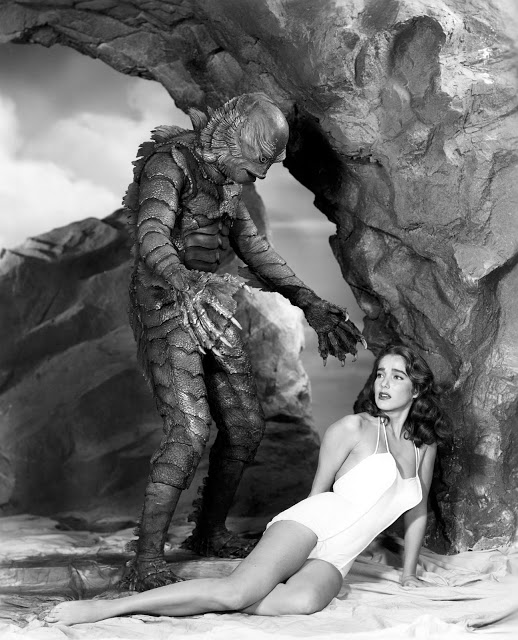 The Creature, along with Dracula, The Wolf Man and Frankenstein’s Monster,  would go on to become one of the official Universal Monsters of legend, and toys, comics, models and posters would come to adorn the bedrooms of many a budding adolescent.  For the older kids, we can go back to that aforementioned Julie Adams bit.

Meanwhile, the most family friendly of the sci-fi films of 1954 came from, of course, Walt Disney Studios.  Based on Jules Verne’s classic novel, 20,000 Leagues Under the Sea, the happy-go-lucky motion picture that it is, may not have the sinister undertones of the source material, but it does have a stripe-shirted Kirk Douglas wiggling his ass and singing about a whale of a tale.

Seriously, the film is quite ridiculous, and Peter Lorre seems like a fish-out-of-water (yeah, I said that), but James Mason’s performance makes the film work much better than it probably should.

I must admit though, as a child visiting Florida’s Disney World back in the 1970’s (a semi-annual pilgrimage), one of my favourite rides was the now long-gone 20,000 Leagues Under the Sea, and I do remember liking this film as a kid, so as silly as it damn well may be (and it is pretty damn silly), when I watched it on the big screen a few months back, waves of giddy nostalgia came over me.

Have I mentioned how silly the film is?  Yeah, okay, let’s move on to bigger and better things.

Other films of the year include Devil Girls From Mars, a super-low budget film that is so so bad, it’s good again, and Killers From Space, featuring a pre-Mission: Impossible Peter Graves. 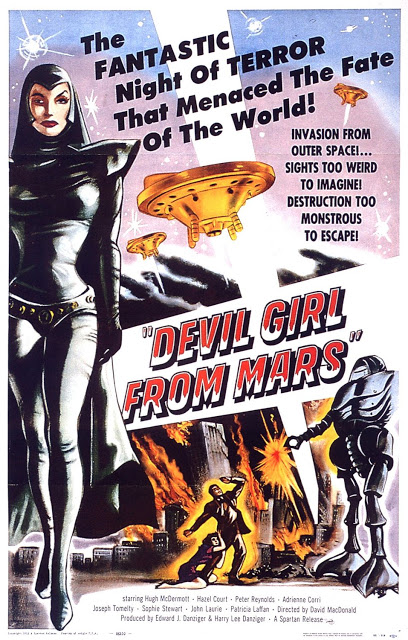 But by bigger and better, I do not mean these films, as much as I mean a movie about a bunch of giant-ass mutant ants eating people in the dusty wilds of the Southwest.

The film I am speaking of is not only the first of the so-called “Big Bug” genre, but also one of my favourite sci-fi films ever.  Simply titled Them! (with the title in bold colour against the black and white background that is the rest of the film), this classic tale of gamma-radiated giant ants is a hoot and a half to watch – especially on the big screen, which I had the opportunity to do a few years ago. 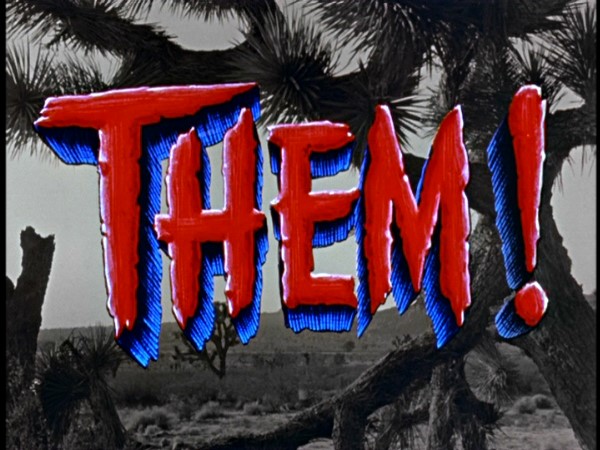 In fact, after watching Them! (exclamation point and all), I wrote a little doo-dad about the film.  To quote myself (how arrogant, eh?), “With surprisingly realistic (and Oscar nominated) special effects for the time period (watch a contemporaneous film like Attack of the 50 Foot Woman in comparison) Them! is more than just a fun romp and fodder for the MST3K crowd – it is a giddily disturbing look at the paranoia rampant during this era and the dangers of nuclear warfare on nature (Douglas’ film predates the first Godzilla by nearly five months).”  My full take on the film can be read right here.

And speaking, as I just did in a brief parenthetical aside, of a certain big-ass lizard, 1954 was the year that Godzilla first crashed onto the big screen…but enough about the big guy right now.  We’re going to save him for our next segment. 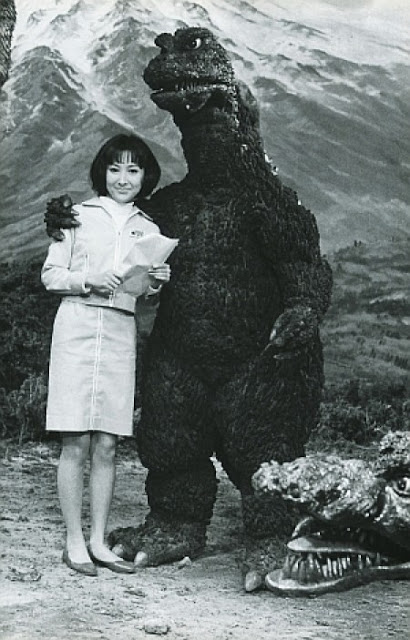 And speaking of that next segment, next time around will be an extra special episode on all things Godzilla – from the Japanese original to the American re-vamp to the epic battle with King Kong, to the spin-offs, sequels, remakes, TV shows, cartoons, comicbooks, toys, games, puzzles, novels, clothing, and maybe even little Godzooky himself (anyone remember him?).

If you want to get another view of the sci-fi films of the greatest of decades, check out a piece I did for Anomalous Material, entitled, appropriately enough I suppose, The 10 Best 1950’s Sci-Fi Films.  Until next time…

Directors releasing two films in one year will always astound me. The filmmaking process is so taxing, exhausting and all-consuming that to get one...