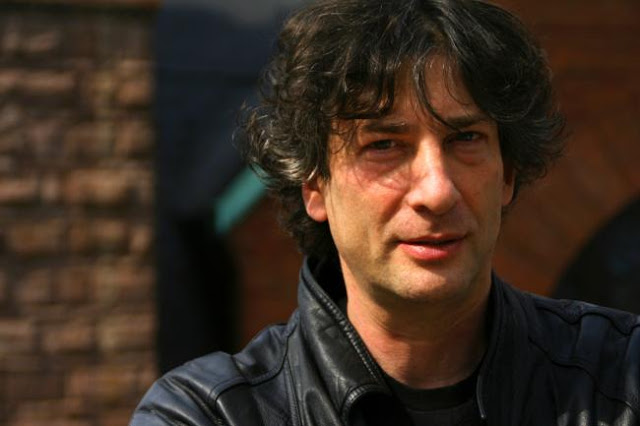 Sequart Research & Literacy Organization, in conjunction with Respect! Films, is honored and proud to announce that author Neil Gaiman will be the next subject in its expanding line of comics-centric documentaries.

In the tradition of Sequart’s Grant Morrison: Talking with Gods and Warren Ellis: Captured Ghosts documentaries, the Neil Gaiman film will be an all-access look at the scribe’s illustrious, media-spanning career, from his first foray into published writing all the way up to the current signing tour for his new novel, The Ocean at the End of the Lane. This unique profile will include footage from Neil’s performances with Amanda Palmer, lectures and readings from across the country, as well as extensive interviews with Neil and his fans, contemporaries, and closest collaborators.

The film will be directed by Patrick Meaney, produced by Jordan Rennert, and executive produced by Mike Phillips and Julian Darius. More details will roll at Sequart.org throughout the summer, but for the time being, please enjoy this little teaser trailer.


In addition to the Gaiman documentary, completion is just a few months away on two other Sequart documentary projects. The Image Revolution, chronicling the founding and history of the world’s most successful independent comic book company, Image Comics, is extremely close to completion, and will be playing at festivals this autumn. Comics in Focus: Chris Claremont’s X-Men is also nearly complete. The film reveals the behind-the-scenes story of Claremont’s landmark seventeen-year run on the title. It will be released this autumn.

And check out our two previous films, Grant Morrison: Talking With Gods and Warren Ellis: Captured Ghosts, available on Special Edition DVD, each with over two hours of bonus material (or for download).

About the Publisher
Sequart Research & Literacy Organization is a non-profit devoted to the study and promotion of comic books as a legitimate art form.  It publishes books and documentaries aimed at making comics scholarship accessible.  For more information, click here.